Snapchat is getting its business processes on the right track, and building a more sustainable, profitable company.

According to AdAge, Snapchat is now looking to allow ads of up to three minutes in length in selected formats, up from the 10-second limit which has been the core threshold on the platform. 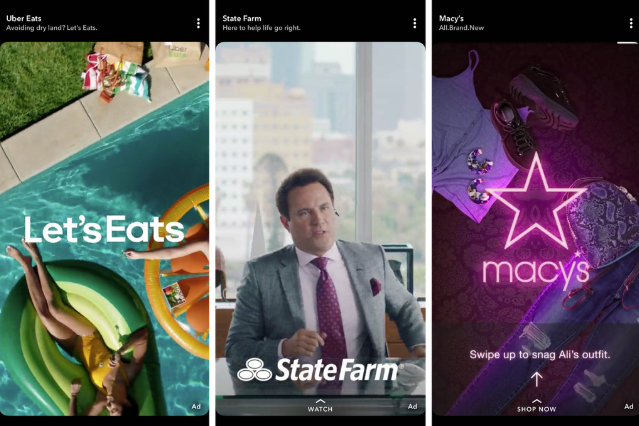 As per David Roter, Snapchat’s VP of global agency partnerships:

"Snapchat pioneered vertical video and we were one of the early creators of mobile premium content. We’re now expanding the maximum duration of Snap ads."

The extended Snap ads will be skippable, but will enable expanded brand messaging for those who are able to engage Snap's audience for longer period. Up till now, advertisers have only been able to utilize longer video messaging by prompting Snap viewers to 'swipe up' to see more, so longer ads have, essentially, been possible, though not hosted direct on Snap's platform, and not up front, intruding viewer behavior.

The ads will be attached to Snap's expanding selection of Snap Original programming, short, TV-show style video series', hosted within the app, which have been slowly gaining ground, and boosting appeal with younger consumers.

Building on this, Snap has also announced a new range of Snap Original shows, including a documentary series on the rise and fall of hip hop star Tekashi 6ix9ine, and a program following transgender beauty influencer Nikita Dragun looking for love. These come in addition to the return of many existing, popular Snap Originals, including season 4 of 'The Dead Girls Detective Agency'.

Much like Facebook Watch, Snap is hoping to boost its audience appeal by building its own media hub, and with its unique audience slant, Snap may actually be performing better on this front that Facebook has thus far been able.

Given the popularity of these shows - some attracting tens of millions of viewers - it makes sense for Snap to add in longer video ad options, aligning with broader industry trends around the same.

According to AdAge, Snap is also adding in a new, interactive option for its unskippable six-second video ads, with a “swipe up” option to better drive viewer response (you can see an example of this in the far right screenshot at the top of the post). That seems like a lesser addition here, but the potential to drive more direct response will help Snap advertisers get a better understanding of ad performance, and return on ad spend.

Overall, these are some good, clever additions from Snap, which once again highlight the platform's evolving business offerings, which do look to be stabilizing the company, and setting it up for future growth.