Snapchat Reports Increases in Both Users and Revenue in Q2 Update

Could Snapchat be on the way back to prominence?

The ephemeral content app has posted its Q2 performance update, showing steady increases in both users and revenue.

First, on users - Snapchat is now serving some 203 million people every day, up from 190 million in its Q1 report, and reaching the app's highest point to date. 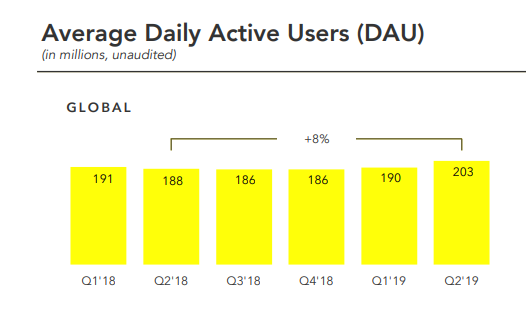 Snap usage was boosted by the popularity of its gender-swap and baby lenses - as per OneZero, Snapchat was downloaded an estimated 41.5 million times worldwide in May, more than twice its number of downloads from the previous month. Those two trends have since been usurped by the FaceApp's 'old age' filters, so it'll be interesting to see if Snap can maintain similar levels of growth moving into Q3.

And there is more to the data than fads. Snapchat posted an increase of 4 million DAU last quarter, while it's also seen steady audience increases for its Snap Originals shows, which it's now looking to give more focus.

The app has also benefited from its improvements on Android - as per Snap:

"On the majority of Android devices used by new users, Snapchatters are now sending 7% more Snaps when compared to the old version. We also saw a more than 10% increase in the retention rate of people who open Snapchat [on Android] for the first time."

Snapchat had long overlooked Android, preferring to work with higher-end IOS specs, but back in April, Snap announced the release of a fully updated Android experience.

That's also lead to improved usage in regions where Android is more popular, as reflected in Snap's 'Rest of the World' category. 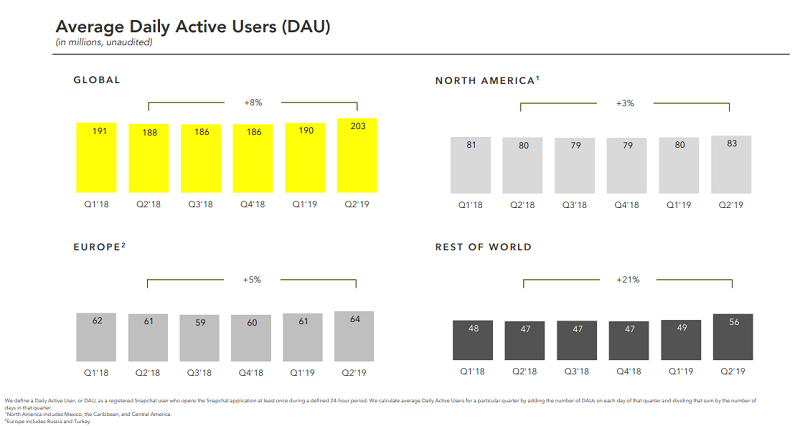 That expands Snap's opportunities, and while it still has a way to go, it's average revenue per user stats are also trending up, another positive sign. 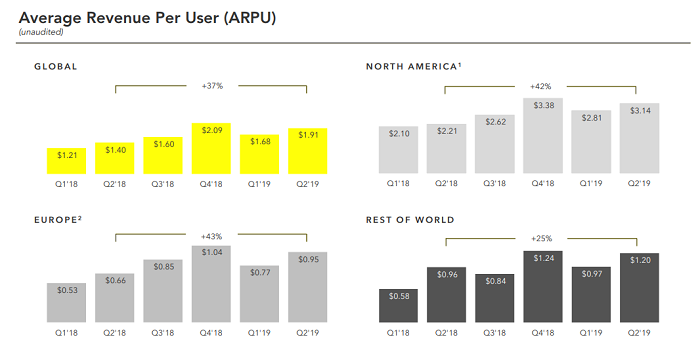 The same is reflected in the company's overall revenue stats, which increased 48% year-on-year to $388 million. 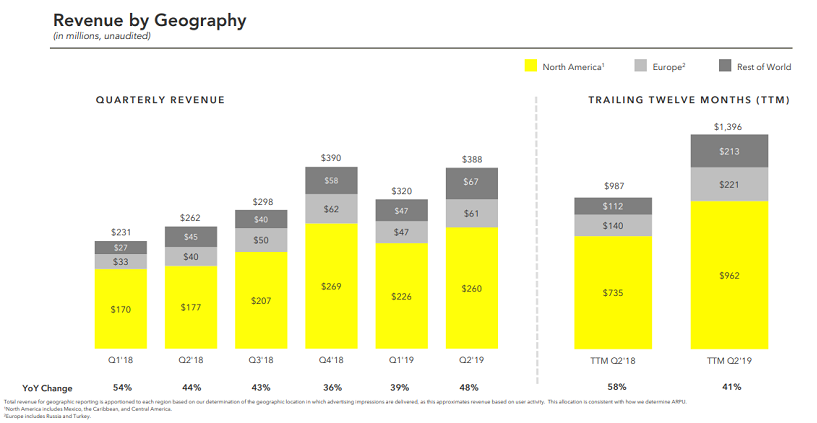 Shares in Snap increased on the positive report - and while some of these elements have been impacted by trends, Snap is clearly moving in the right direction, inspiring increased positive sentiment from investors.

“The growth in our community, engagement, and revenue is the result of several transitions we completed over the past 18 months. We look forward to building on our momentum and making significant ongoing progress in each of these areas.”

It's not back to where it was yet, from a market perspective, Snapchat still has some way to go to show that it has the capacity to maintain its gains, and expand on its potential. But given the challenges of Instagram and Facebook, and how the app has maintained its audience through the rise of alternative options, there's plenty of reason for enthusiasm around Snap's prospects.

Its improved Android experience opens up a range of new opportunities, and if Snap can keep releasing tools that catch on with users, there's no reason to think that it can't maintain enough momentum to continue its growth.