Snapchat has this week launched a new movie preview ad format called a "trailer reaction lens" as part of a campaign for the upcoming Paramount Pictures film "Top Gun: Maverick".

As you can see here, the new Lens switches your view to split screen, with the trailer on top, and the front-facing camera on the bottom. Users can then film their reactions to the trailer, while they can also add dedicated digital mask-type tools to their image, adding to the feel of the film.

The format seems somewhat similar to TikTok's 'React' option, which enables users to share their video responses to TikTok videos.

The option also reminded me of this web classic:

It's an interesting option, and you could easily see this translating to other formats, beyond just movie trailers, providing users with a simple, fun way to showcase their responses to pretty much any video ad type - or indeed, any video at all on the platform. Definitely, TikTok responses have proven popular, so it wouldn't be surprising to see Snap look to extend the format in different ways moving forward.

On another front, Snapchat is also rolling out new Leaderboard Games, which enable people to compete against their friends, both on and offline, with ongoing scores from connections added to the board. 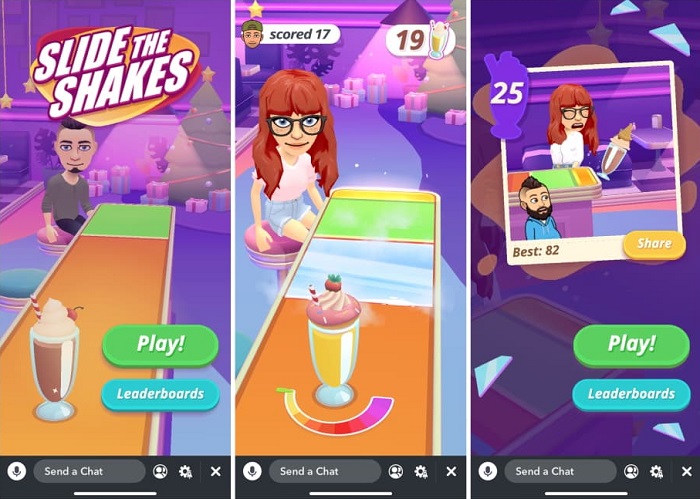 The format will add another level of interaction to Snap's growing slate of games, which could make them more engaging.