This is interesting - Google has created a new Lens in Snapchat which provides an interactive take on its 'Year in Search' trends overview.

(Featuring special commentary from my cat)

As you can see in this example, the Google Lens enables you to look over a series of images which represent the key events from 2020. You can then tap on each to further explore a specified topic.

"As 2020 comes to an end, Snap and Google have partnered to bring Google’s iconic “Year in Search” story to life with an immersive augmented reality experience.This marks the first time Google’s “Year in Search” has been brought to life in AR, and the campaign’s debut on Snapchat."

In addition to the Lens, Snapchat says that Google will also be running the “Year in Search” video as ads on Snapchat, "which is the first time the program has been featured as a vertical video on the platform".

The integration underlines the growing relevance of Snapchat, not only as an AR platform, but as a connective tool more broadly, with Google using the app to help boost awareness of its search trends overview for the year. It could also signal an expanding relationship between the two companies. Google did once look to purchase Snap, so it definitely has an interest in what the Snapchat team are doing.

Could that see further integration opportunities between the two in future?

But really, the most significant consideration here is Snapchat's AR tools, and how they continue to evolve and provide new opportunities for immersive projects of this type. AR is set to become a much bigger consideration in 2021, with both Facebook and Apple looking to release their AR-enabled glasses.

Snapchat looks set to be at the forefront of that shift, and while it doesn't have a public plan for the next stage of its own Spectacles wearable device, projects like this show that Snap is still a key leader in the space.

You can try it out for yourself by holding your finger down on this Snapcode within the Snap camera. 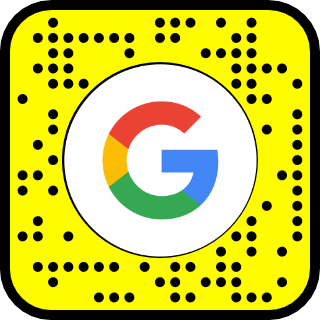