While much uncertainty remains about the immediate future of live sports, with various professional leagues around the world working to continue play amid the lingering COVID-19 threat, the NFL has outlined its plans to go ahead with its season launch in September, which would provide a welcome distraction, and income opportunity, for many fans and staff across the US.

In addition to this, last month, the NFL signed a new deal with Snapchat, which will see it triple the number of highlight shows on the platform, which will air in near real-time. 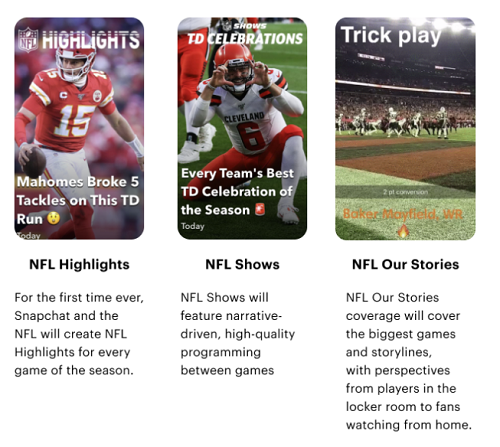 This comes after Snapchat saw an 80% increase in average time spent, per viewer, consuming NFL-partnered content on Snap last season. That, once again, underlines the significant engagement that Snapchat sees, despite it's smaller user base to Facebook or Instagram.

To provide some more context on this, and to help sports brands connect with users on the platform, Snap recently partnered with Verto Analytics to conduct new research into how Snap users engage with NFL content, which could also provide some indicators as to how other topics, more broadly, are discussed among Snap users.

First off, the research shows that Snapchatters are much more active in sharing content and discussing the play via messages than users on other platforms. 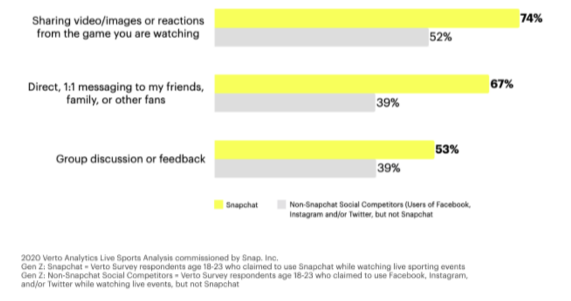 That makes some sense, given that people on Facebook, Instagram and Twitter are more likely to follow comment threads, as opposed to actively engaging, but it also underlines the fact that Snapchat is more of a community facilitator, where users go to engage together, as opposed to passive consumption.

In a specific analysis of last year's Super Bowl, the research also showed that Snapchatters are more engaged at key moments in the game, as opposed to within the ad breaks. 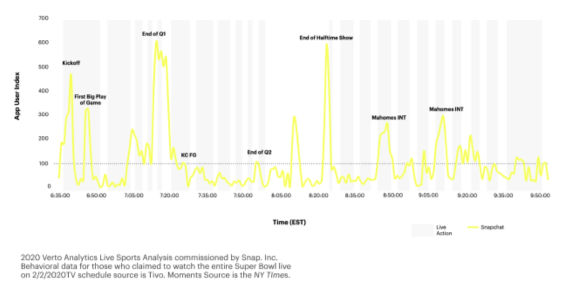 The research aligns with previously published Snap research around sports engagement, including this report from 2017: 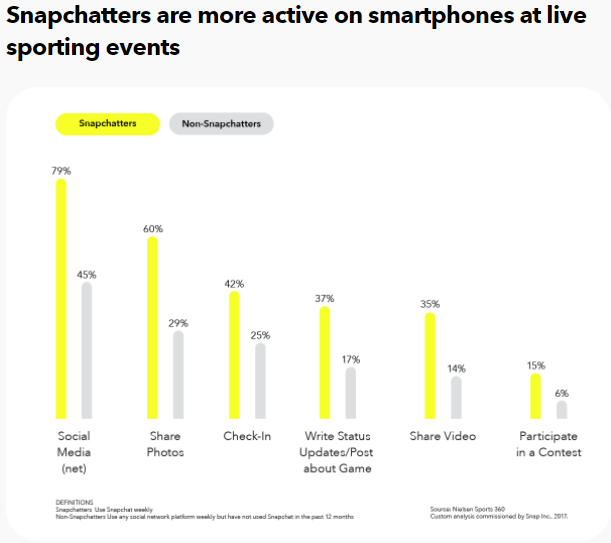 But the key finding is the way in which Snap is used for engagement, with Snapchatters more actively engaging within messaging threads and discussion, which could present new opportunities.

As noted, professional sports leagues are still coming to terms with COVID-19, and how they can continue to operate during the pandemic, but the data here shows that Snapchat should be a key consideration for sports engagement, and reaching interested fans.

It also serves as another reminder as to how Snapchatters engage within the app. It's about community and interacting with smaller groups, as opposed to broadcasting to family and friends, or the entire world.

That's an important consideration for all marketers on the platform.