This could make things interesting. 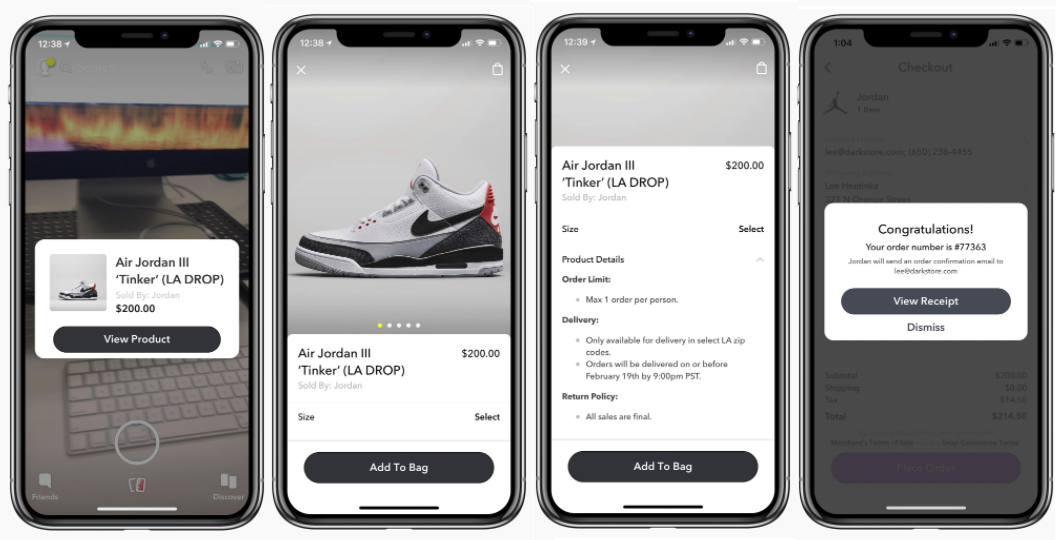 The initiative comes as part of a collaboration between Snap, Jordan Brand, Darkstore and Shopify, with Shopify facilitating the in-app check-out process. The shoes – the new Air Jordan III’s – sold out within 23 minutes, so they’re not available now, but to take part, users needed to scan in this Snapcode, which linked them to the above purchase process. 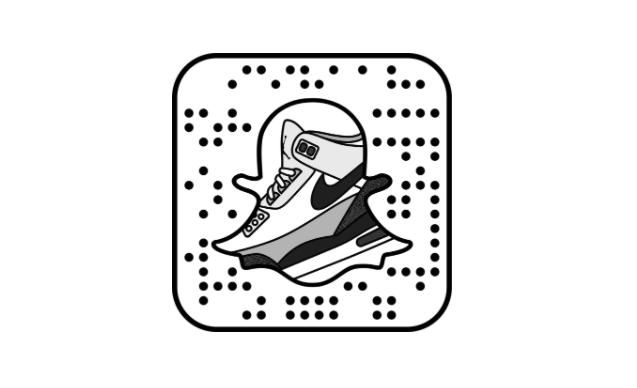 The offer was tied into NBA All-Star game festivities, so it was also Geofenced to the downtown Los Angeles during the game itself. Given this, as an offering, it was fairly contained, but the implications could be significant, with the app branching into full eCommerce capability.

Snap’s not the first to do this, of course. Facebook, through Messenger and Instagram, has a similar partnership in place with Shopify – with selected Shopify merchants able to access Instagram’s still in-development shopping tags, which are slowly being expanded to more businesses.

Pinterest also has a similar arrangement with Shopify, fueling their ‘Buyable Pins’, so in no way is Snap ahead of the curve. But it would greatly expand Snapchat’s offering, and enable broader commercial potential – which would be particularly appealing to those brands looking to reach the app’s younger audience.

As noted by Fast Company:

“Maybe that means brands will release more limited edition QR codes in the wild for you to discover on Snap, and Snap takes a cut of each sale. Or maybe that means Snap could make a play similar to what Pinterest is going for, and use image recognition AI to turn anything you might photograph into a buy-it-now opportunity.”

While Snapchat’s growth has slowed since the introduction of Instagram Stories, the data has also shown that Snap’s audience is very dedicated to the app, with usage continuing to rise, underlining its place in the interactive process of their audience.  That audience – the notoriously difficult to reach younger Millennial set – is key for many brands, and the capacity to sell to them direct, within Snapchat, would hold significant appeal, and major revenue potential for the re-focused company.

It’s still something of a test, of course, a small scale push to see what Snap can do. But the initial results would appear to be positive. As the app moves away from more novelty projects (like Spectacles), we may be starting to see a new, more mature, more business-focussed Snap. And with brands looking for alternatives to Facebook, now may be the best time for the grown-up Snap to make its presence felt.