Almost every time I see a Snapchat or Instagram feature announcement these days, it reminds me of that cloned Spiderman meme. 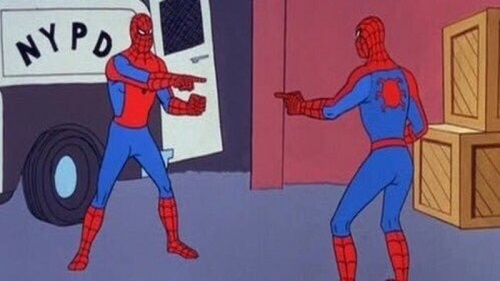 Ever since Facebook opened the flood gates for replication with Instagram Stories, the two platforms have been engaged in a merry dance of equal parts flattery and derision.

The latest new step on their card is group chat, with reverse engineering specialist Jane Manchun Wong discovering a new, in-development tool on Snapchat which would enable users to add a 'Group Chat Sticker' to their Snaps, which viewers would be able to tap on to quickly join a private group discussion via Chat. 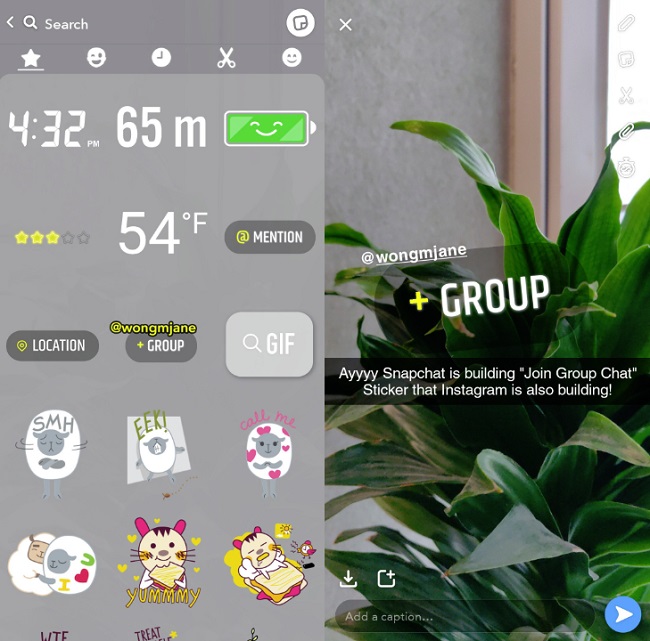 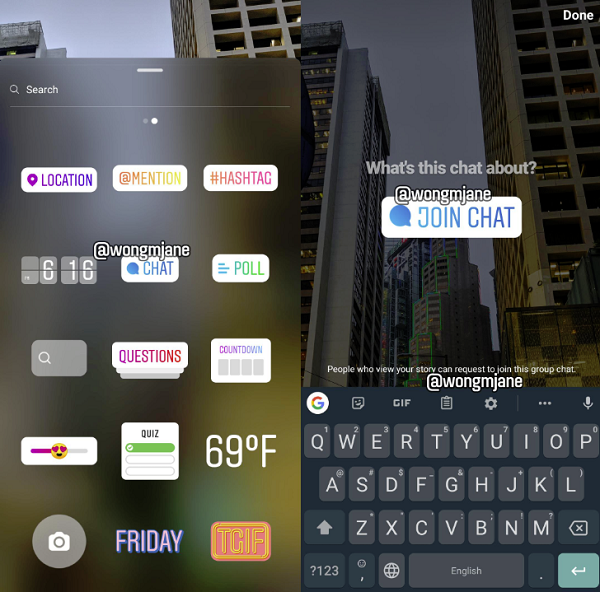 It makes sense, of course - neither app wants to lose ground by failing to keep up with audience demand for features, and if one of these new additions catches on, and other app doesn't have it, it could put it at a disadvantage. If it's relatively easy to implement, and they're able to do so, it's logical for each platform to follow through.

But it does make each platform feel more 'same-y', with the layouts and formats becoming increasingly similar across apps.

And again, that makes sense. Users are developing new habitual behaviors within Stories and Snaps, and the more each app can better align with those shifts, the more likely more people will utilize them, and those usage patterns will spread, expanding utility.

But when everything's the same, how do you differentiate? How do you make your app or tool stand out, while also balancing the need for commonality?

Does that even matter in the modern social landscape?

Potentially, the increasing sameness is what may lead to even slightly different apps - like, say, TikTok - gaining more momentum, with users catching onto fresh new takes on the familiar. Though TikTok is essentially Vine version 2.0 (which, itself, is still in development), it's a little different from the carbon copied Stories features, and to younger users who never used Vine, it is, indeed, a new angle, and a new opportunity for creative expression.

The counter-challenge to this, from a development standpoint, is that for every new feature or app released, the bigger players can just replicate them as well, bringing those same features into the apps you're already familiar with, where you've already established your networks. That obviously makes it harder for those taking a new approach to stand out - but it does feel like the opportunity is there for apps that can find a new angle, a different take on social interaction.

It's risky, and a challenge that no doubt many talented designers and engineers are thinking on. But the increasing uniformity of the various available options seems like it must be opening a door someplace.

But till then, the two companies will continue their mirroring, they'll continue to point their fingers at each other and replicate each others' moves. If you really hate not having certain features in each app, that's probably a good thing, but it also lessens the reasons to go with one or the other. Which doesn't seem like a sustainable balance.