After announcing an update to its reporting flow for misleading information about how to participate "in an election or other civic event" late last month, Twitter has this week outlined further steps that it's taking to detect and remove misinformation about the upcoming US Census.

"​Ensuring the public can find information from authoritative sources is a key aspect of our commitment to serve the public conversation on Twitter. This year, the United States Census Bureau will conduct its decennial Census, deploying resources across the country to ensure an accurate count of people living in the US. Statistics gathered by the Census are used to determine the number of seats each state holds in the U.S. House of Representatives and inform how state, local, and federal lawmakers will allocate billions of dollars in funds to local communities each year for the next decade."

Given the importance of the data, Twitter - along with other social platforms - has been working with the Census Bureau to determine key measures to stop the spread of misinformation about the population survey.

Along with issuing platform-specific training to more than 30 civil society partners in order to help improve their process, Twitter is also rolling out a new prompt which will appear when people search for certain key terms associated with the Census. 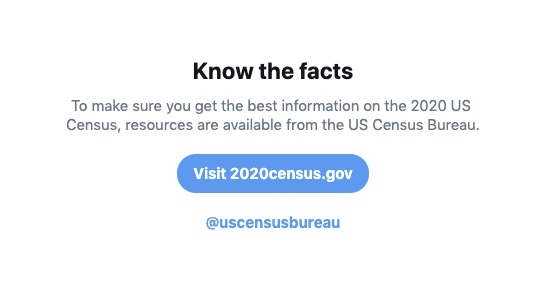 One of the key elements of the various misinformation efforts leading up to the 2016 US Presidential Election was a push to dissuade people from heading to the polls, with dedicated campaigns focused on certain demographic groups. 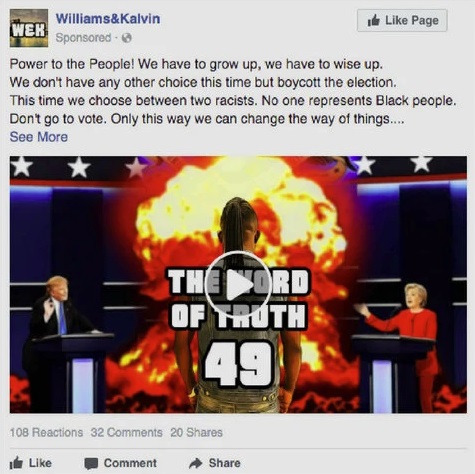 Acutely aware of the potential impacts of such, the Census Bureau has been working with Facebook, Pinterest and Twitter to establish better protections, and map out new ways to detect and remove such efforts, in order to protect the integrity of its key data process.

And given the decisions that are influenced by the Census, it is, indeed, a critical focus.

Twitter's new prompts will be live in the US from this week.