Wannabe Twitter celebrities, your rime has come - Twitter has today announced that it's re-opening public applications for profile verification, meaning that you can now look to get your own blue checkmark for your profile. 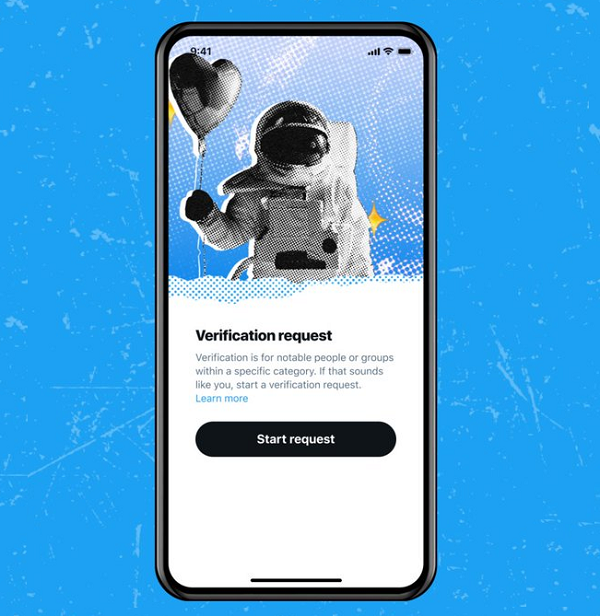 Though realistically, you're probably not going to qualify.

"Over the past several months, we've been working to bring clarity to the verification eligibility criteria, and launched a new policy shaped by public feedback. We also started enforcing that policy by automatically removing the verified badge from accounts that no longer meet the updated criteria for verification, such as those that are inactive or incomplete."

Back in November, Twitter flagged a revamp of its verification process, due to confusion around what the blue tick on profiles actually represented. Over time, the verification process had become muddled, both internally and externally, with some Twitter staffers allocating the checkmark based on the person simply being who they said they were, and others reserving approval only for celebrities and public figures.

That eventually saw Twitter pause public verification requests back in 2017, which came about after questions were raised as to why a white supremacist, specifically, had been given the verified tick.

With its new approach, Twitter sought to provide more clarity on its regulations, and ensure that there was uniform understanding as to who should be eligible for platform endorsement.

If you want to be verified, your account has to fall into one of these classifications - and the bonafides required for approval are fairly steep. 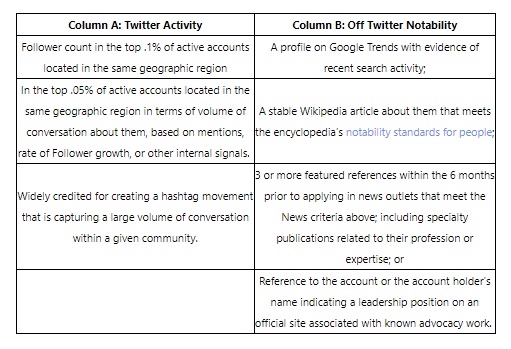 So, again, realistically, not many people are going to qualify. But that won't stop a lot of people from trying, which will mean a significant increase in workload for Twitter as it works to sort through the thousands of hopefuls who are desperate for that shining marker of validation, the ultimate sign of Twitter-fame.

Twitter says that the new verification application process will be rolled out 'over the next few weeks':

"Everyone on Twitter will start to see the new verification application directly in the Account Settings tab. If you don’t see this update immediately today, don’t worry! We're gradually rolling it out to everyone to ensure that we can review applications in a timely manner."

The new process will guide you through the full application flow, and detail all the requirements along the way. 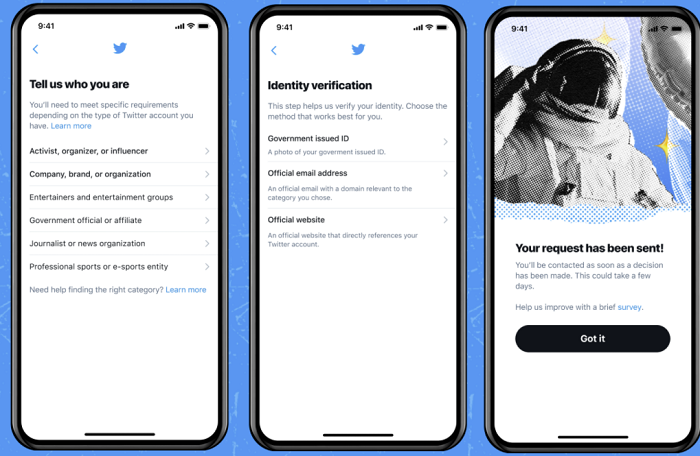 But even if you don't qualify as yet, you may in future, with Twitter also noting that:

"We know that the current verification policy may not represent all of the people who should be eligible to be verified on Twitter, so we’re planning to introduce more categories later this year, such as those for scientists, academics, and religious leaders."

Twitter's additionally considering new labels for humor and satire accounts along similar lines, while it's also still working on its bot account labels, with a view to providing a better understanding of who users are interacting with in the app.

Those come in addition to the platform's coming labels for brand profiles, which will also specify business categories. 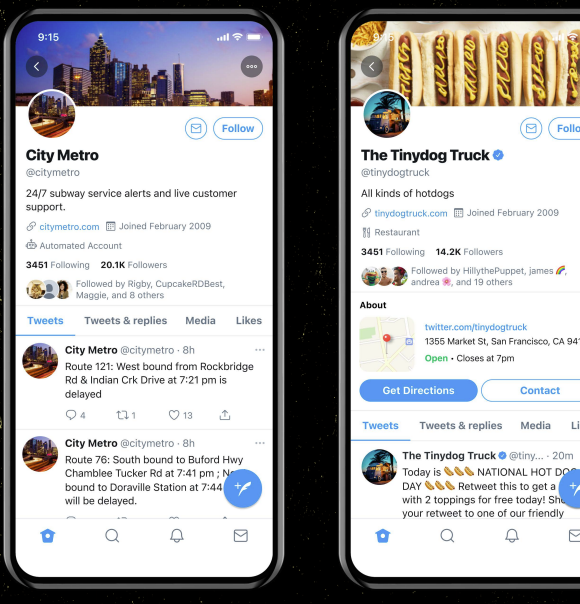 In combination, the improved verification guidelines, and new profile tags, should provide more transparency in your Twitter interactions, and help people better understand who they're connecting with, and what that user or profile represents.

So, now your pathway to verification is (relatively) clear - no more hassling people for help.

Twitter's new verification process will be available in your profile settings soon.