Given the lockdowns that kept most of us at home throughout much of 2020, it likely comes as little surprise to learn that gaming saw a huge surge in popularity, as people sought alternative forms of entertainment and connection.

But the scale of that growth is fairly amazing. Last week, Facebook shared its latest insights into the growth of gaming that it saw throughout the year, including a 50% increase in mobile gaming in the UK. And this week, Twitter has shared its latest data on the rising gaming discussion on its platform.

"For the first time ever, there were more than 2 billion Tweets about gaming throughout the year. This is up 75% from 2019, with a 49% increase in unique authors."

A 75% jump in gaming-related discussion. That, as noted, makes sense in the context of the COVID-19 lockdowns. But even so, at such scale, you can absolutely expect gaming to become a more habitual, formative element of connection, particularly for younger audiences, even once we're able to go back to a level of normal in the wake of the pandemic.

In terms of specific topics, 'Gaming' in general was the leading point of interest, but it's also worth noting the rise of eSports, and the specific games getting attention. 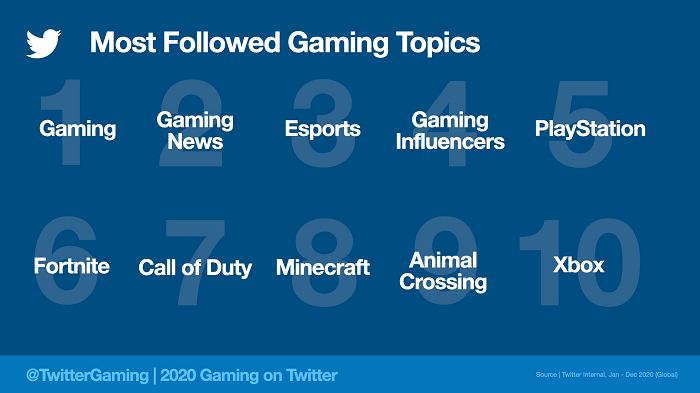 Twitter also that Japan - Twitter's second-biggest user market (behind the US) - lead the way in gaming discussion: 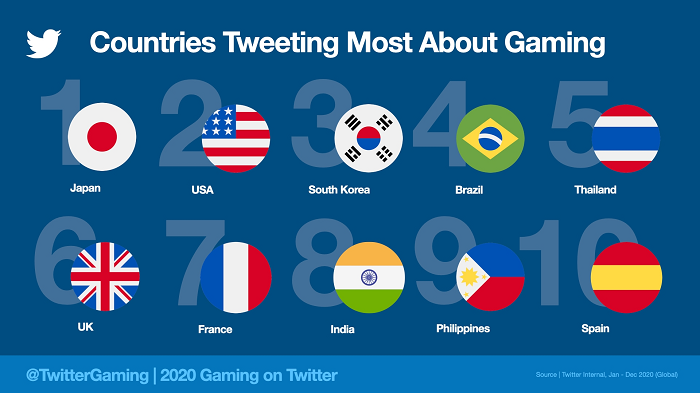 It's interesting, too, to note the rise of gaming culture, including events: 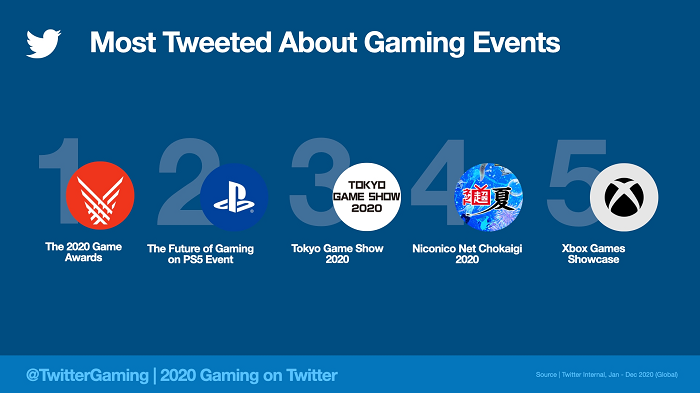 Gaming events are now big business, and they provided an even more significant connection opportunity amid the pandemic, with the biggest events seeing millions of viewers tuning in from around the world.

Their growth and popularity also underlines the legitimacy of eSports as a genuine rival for traditional sports in terms of fan engagement - which also relates to eSports stars, who are now becoming major celebrities in their own right. 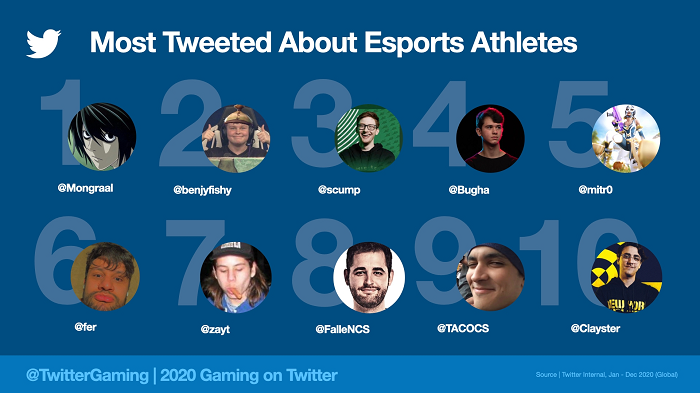 The numbers once again underline the important role that gaming now plays in online culture, and its capacity to fuel communities of passionate, like-minded users. Indeed, five of YouTube's top ten channels of 2020 were also gaming related.

That means that marketers need to be paying attention to gaming, and gaming culture, as a means to connect. And even if it doesn't seem like an ideal fit for your brand, there are rising opportunities for in-game marketing which could present new avenues for branding to link into this growing segment.

Indeed, Pokemon GO just announced a new collaboration with The North Face on digital clothing for your in-game avatars, which Snapchat is also working on for its Bitmoji characters. Expect more in-game, interactive tie-ins like this, as well as digital billboards and other connection opportunities that could provide new ways to link into the gaming cohort.

Because gaming is only going to grow, and become more influential over time. Ask any young YouTube viewer who their favorite creator is and they'll likely refer to a gaming streamer.

This is a key market segment to watch, and to consider within your broader digital outreach plans.

You can check out Twitter's full 2020 Gaming Tweets overview here.