In the lead-up to the US Election, Twitter announced a range of new measures designed to slow the spread of misinformation and keep people informed, in real-time, of the latest updates.

And now, with the election behind us, Twitter has shared some insights into the actual impact of those efforts, and how they were reflected in user behavior trends. And they certainly show promise in regards to how the platform could tackle similar concerns moving forward - first off, on Twitter's warning labels on election misinformation, which anyone who's using Twitter will have seen a lot over the past week. 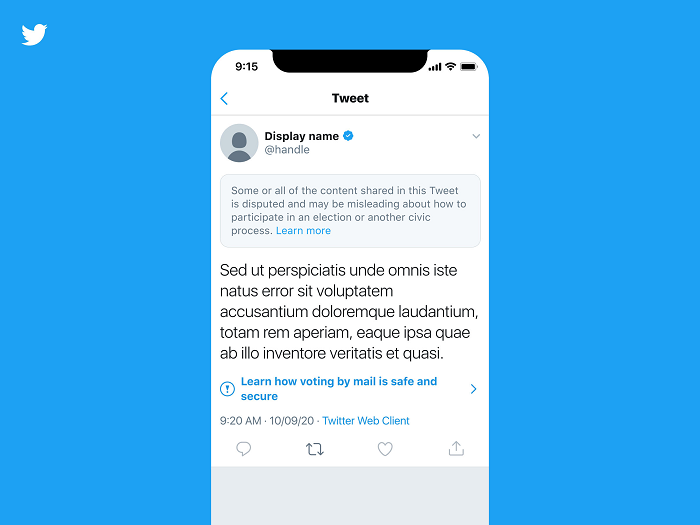 That's a significant result - a 29% reduction in amplification of tweets which included misleading information, with Twitter's rapid response rate also limiting exposure without such warnings. That could go a long way towards slowing the momentum of such claims, simply by alerting people to such before they interact.

Next up was Twitter's decision to remove the straight re-tweet option for US users in the lead-up to the poll, which pushed people to use quote tweet instead, and add their own thoughts.

Twitter says that this change lead to a 23% decrease in Retweets, and a 26% increase in Quote Tweets - "but on a net basis the overall number of Retweets and Quote Tweets combined decreased by 20%".

"In short, this change slowed the spread of misleading information by virtue of an overall reduction in the amount of sharing on the service. We are taking more time to study and fully understand the impact of this change and are leaving it in-place for now."

So another double-digit reduction in amplification. It's difficult to quantify the full impact of this, but it does show that by adding in more friction, it clearly makes more Twitter users take more time to consider the content that they're sharing.

Twitter also removed “liked by” and “followed by” recommendations for accounts that users don’t follow in Home Timelines, and only showed trends which included additional context, with a representative Tweet or article to help people gain an informed understanding of related discussion.

On removing in-feed recommendations, Twitter says that it didn't observe "a statistically significant difference in misinformation prevalence as a result of this change", while the parameters around trends did lead to fewer user reports, but also restricted contextual trend matches, as its internal team could only check and verify so many at a time.

From now on, Twitter says that it's reversing both elements, but that it will be looking to change its approach to in-feed recommendations based on topics you're interested in, as opposed to what your connections have engaged with.

"We believe this will provide you greater control to tell us what you are and aren’t interested in, which will make our recommendations more relevant to you. Also, we don’t believe the “Like” button provides sufficient, thoughtful consideration prior to amplifying Tweets."

That will mean that, eventually, your Likes on Twitter are no longer random retweets, and will instead be replaced with prompts like this within your tweet feed, based on topics you've engaged with. 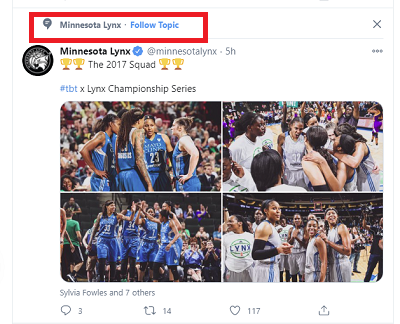 As noted, there are some positive signals in here, and pointers as to how Twitter, and other social platforms, could look to limit misinformation by adding in more elements of friction.

The latter notes on revising account recommendations are also helpful, and overall, it looks as though Twitter has gained a lot from the election process.