Given the global lockdowns that have kept most of us at home over the last year, it likely comes as little surprise to learn that gaming is seeing a huge spike in popularity, with more people seeking alternate forms of entertainment and social connection.

That, in turn, has boosted the influence of gaming and gaming creators on popular culture, which is an important trend for all marketers to note. Indeed, the majority of the top YouTube creators now have at least some connection to the gaming community, and as any parent knows, YouTube stars are now just as influential as movie actors or traditional sports stars.

Which is why these latest insights from Twitter are particularly relevant.

"In 2020, there were more than 2 billion tweets about gaming, and the conversation hasn’t skipped a beat in 2021. Between eSports leagues like the Call of Duty League & VALORANT Champions Tour, to global gaming events like E3 & Summer Game Fest, there has been an 18% increase in Tweets about gaming YoY."

That is a huge amount of activity - which, as noted, is not overly surprising, but it is worth taking note of the latest shifts in the sector, and considering if any of these trends might be relevant to your outreach process.

Twitter notes that Japan now sees the most tweets about gaming, while Japan is also the platform's second-largest user market overall (behind the US). 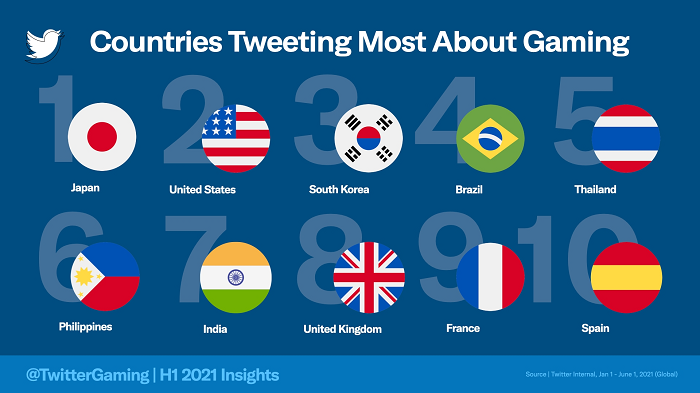 In terms of the most tweeted about games, Minecraft and Fortnite remain hugely popular, as does Final Fantasy, and newer entrants like Animal Crossing.

Gaming personalities are also, as noted, increasingly influential. And if you want to get a feel for why, these are the people that may be worth tuning in to. 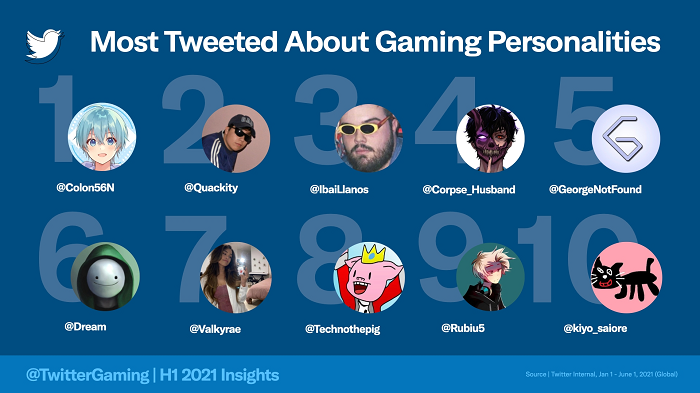 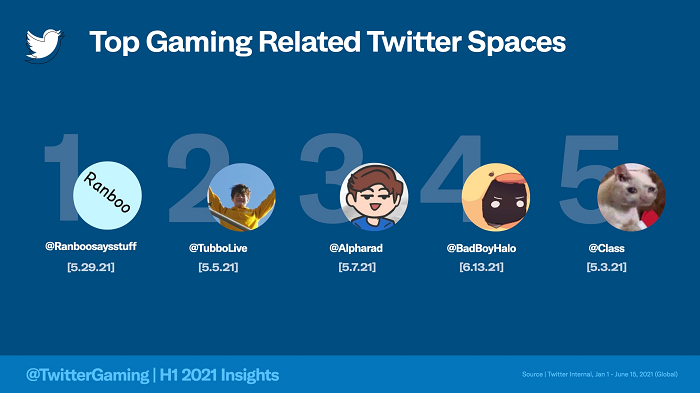 Twitter's already highlighting Spaces within its trend reports, which underlines the rising popularity of the option, and where Twitter sees Spaces fitting into its broader offering.

These are some interesting insights, which point to key trends and shifts in the important gaming sector, and as noted, it may well be worth tuning in, and paying attention to these trends and happenings as part of your strategic planning effort.

It won't be a fit for every brand, but the opportunities of gaming-related marketing are rising, particularly with the addition of buyable in-game cosmetic additions and other features that relate to brand promotions.

You can read more insights from Twitter Gaming here.