What the iPhone X Means for Social Media

Every time a highly-anticipated tech gadget comes out, it’s customary for the company to ooh and aah over all its high-tech features and say lots of cool acronyms. At the iPhone X launch event, Apple did all that, and the features of the phone are nice.

But they also did something else with this iPhone announcement that they haven’t done too much of in the past. Apple execs called the camera “a breakthrough for photos you can take for selfies” and said animojis are “so fun, you’ll want to share them.”  They made it a point to call out the shareable, fun, selfie-taking capabilities of the new iPhone X.

In other words, Apple wants everyone to know that this is a phone designed for social media.

Perhaps the biggest development the new iPhone brings is augmented reality. With the release of iOS 11, which comes pre-installed on the iPhone X and is now available to all iPhones 6 and above, Apple is creating the largest AR platform in the world at over 400 million devices.

Social media has already revolutionized the way consumers interact with brands, and AR will bring on a revolution all its own. AR offers new ways for brands, influencers and consumers to interact with each other.

In-store social experiences won’t just be about scanning a QR code to download an exclusive promo code anymore, or signing up for an e-newsletter. Brands can encourage customers to try on looks and instantly share via social media for live feedback from their friends.

Imagine a real-life version of the final scene of Sleeping Beauty, where the fairies keep switching the color of Aurora’s dress. With AR, shoppers can just as easily create that experience by switching between different t-shirt colors on a Facebook Live video or private group chat.

Speaking of trying on looks, many beauty and fashion influencers share their looks via tutorials on YouTube or #OOTD on Instagram (Outfit Of The Day for the uninitiated). With AR, influencers can partner with the apparel and cosmetic brands they feature to help their fans virtually try on the products from head to toe, and then click through an affiliate link to buy.

AR opens up a new world of ways for brands to expand their influencer campaigns - brands can share 3D assets with influencers for promotional campaigns.

For example, CORT Furniture recently launched an AR application which enables potential customers to see what pieces look like in their homes using AR technology.

AR helps brands make further inroads into their lives of their consumers, whether under the guise of utility or fun.

For example, clothing retailer Burberry’s latest app overlays “Burberry-inspired” graphics and doodles on users’ photos for easy exporting to social media. This application of AR is perfect for social media -- users can envision themselves living a more glamorous life, and then share that curated portrait on their Instagram. 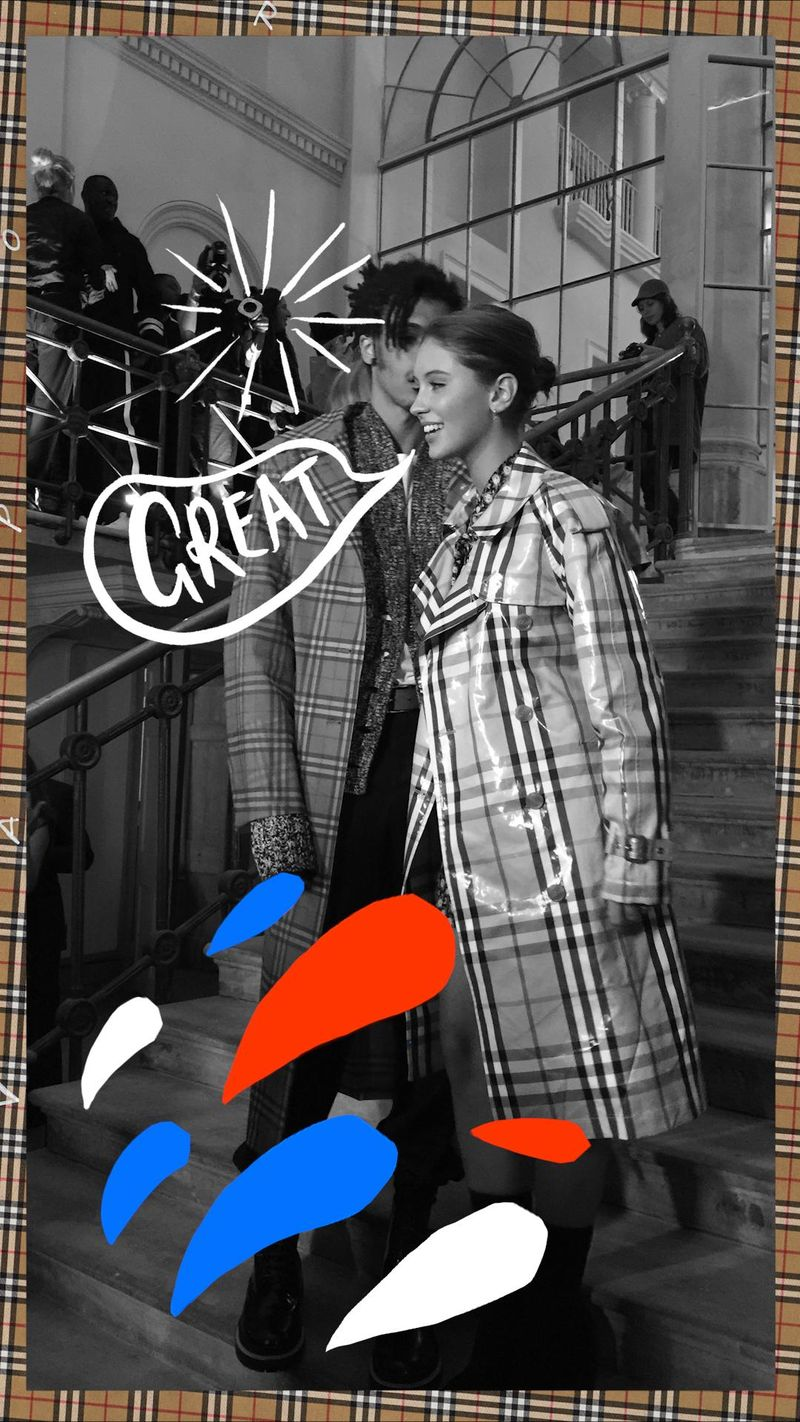 It won’t be long before AR enables fans to virtually “meet” their favorite influencers in real world. AR technology will allow social media stars to host virtual meetups with their fans.

Likewise, brands can incorporate AR into social media campaigns during their event - they might host a Pokemon Go-like scavenger hunt, where clues are tweeted out, or they could create a special Snapchat lens like Gatorade did for the Super Bowl: 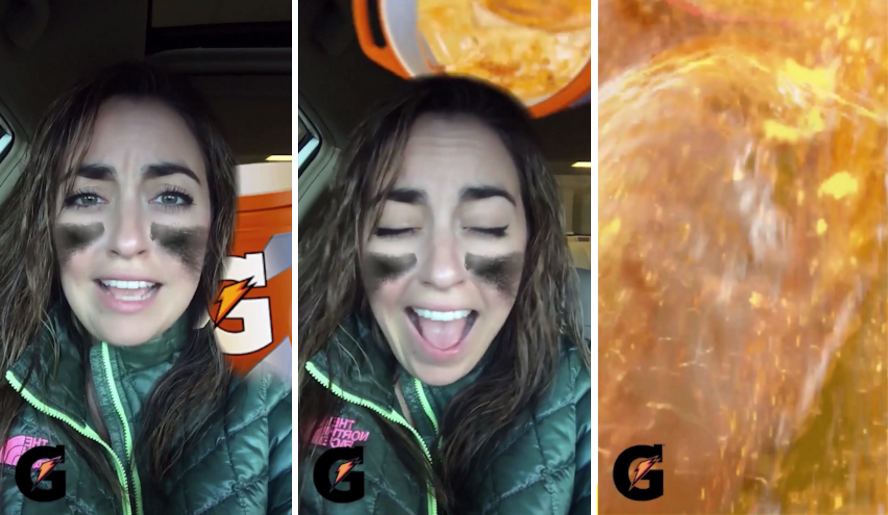 So what is there to look forward to?

Speaking of Snapchat, the new AR capabilities of the iPhone X camera will make Snapchat work even better.

The same True Depth camera and facial recognition technology that makes Face ID work also enhances Snapchat’s filters so they appear even more real. Apple clearly had this in mind when they partnered with Snapchat to promote the iPhone X’s new AR depth-sensing camera. It’s no surprise that Snap Inc’s share price rose 2 percent after the announcement.

Not to be ignored, Facebook’s been doing its part to make fun Snapchat-like lenses a reality through its own in-app camera. As one of the most downloaded apps in the iPhone’s history, they’ll benefit from the same improvements of the iPhone X.

Emojis have always been huge on social media. Thanks again to its partnership with Snapchat, Apple’s iPhone X introduces the world to the next wave of emojis: animojis which smile, giggle and wink in a video loop GIF according to the face of the person behind the iPhone camera.

They say a picture’s worth a 1000 words - an animoji might be worth even more to brands hoping to humanize themselves to customers, especially since most people believe emojis do a better job expressing how they feel than words.

Animojis will enable brands and influencers alike to be more expressive with their interactions, and develop closer relationships with their followers. Brands who communicate with consumers via text message or chat bots can now add emojis to make them more persuasive - a text message announcing a puppy adoption event in store, for example, would be a lot more compelling accompanied by a panting, smiling dog animoji.

Influencers can also lean into animojis to develop their brands. If they choose one animoji and stick with it, they may become known for it, to the point that it becomes “their thing.”

With the iPhone X’s screencasting, users are no longer restricted to screengrabs. Creators now have an easy way to record what they’re doing on their phone.

It’s not just a silent recording, either: users can record their voice via the built-in microphone, too. 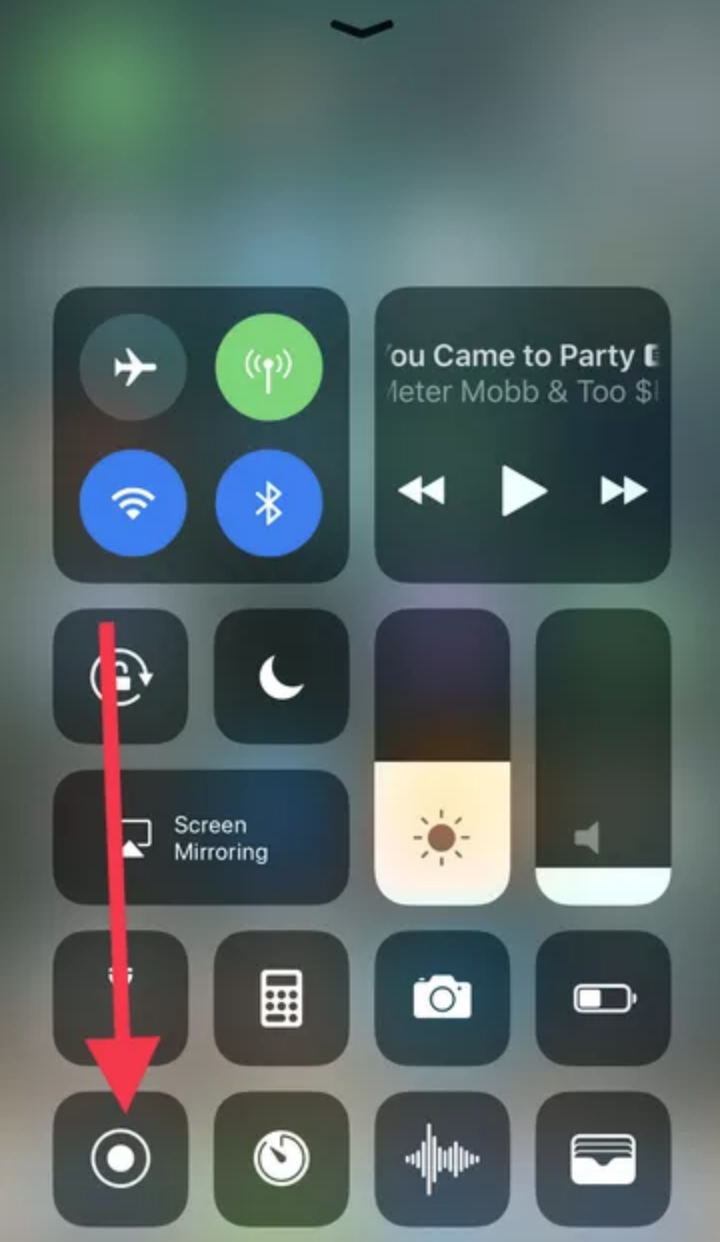 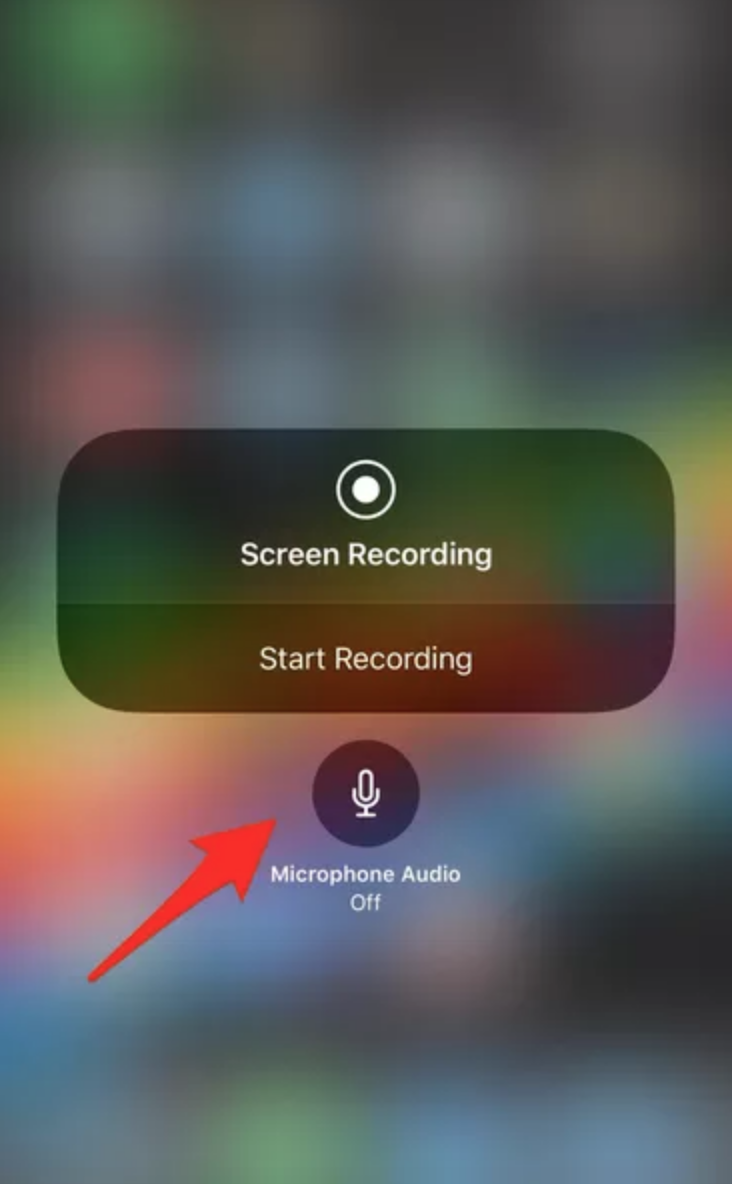 The 'infopreneur' economy should see a boom from the iPhone X, as YouTubers who regularly post demos and walk-through tutorials can now easily do so from their phones. Brands and app makers can also record quick GIFs of how to do something in their app, letting them more effectively answer consumer questions via Twitter and Facebook.

The iPhone X also includes new features for screengrabs and multitasking that make creating, editing and uploading even more efficient.

A phone made for selfies

If AR, Animojis and screencasting didn’t convince you that the iPhone X is a phone built for social media, the new Portrait Mode feature will.

With the iPhone X, Apple has taken pains to make their front-facing camera nearly as good as the back, pleasing selfie takers around the world. Selfies are currency for everyone on social media, from casual participants to serious influencers. The new Portrait Mode was designed just for selfies with enhanced lighting and blurred backgrounds to draw attention to the taker’s face. 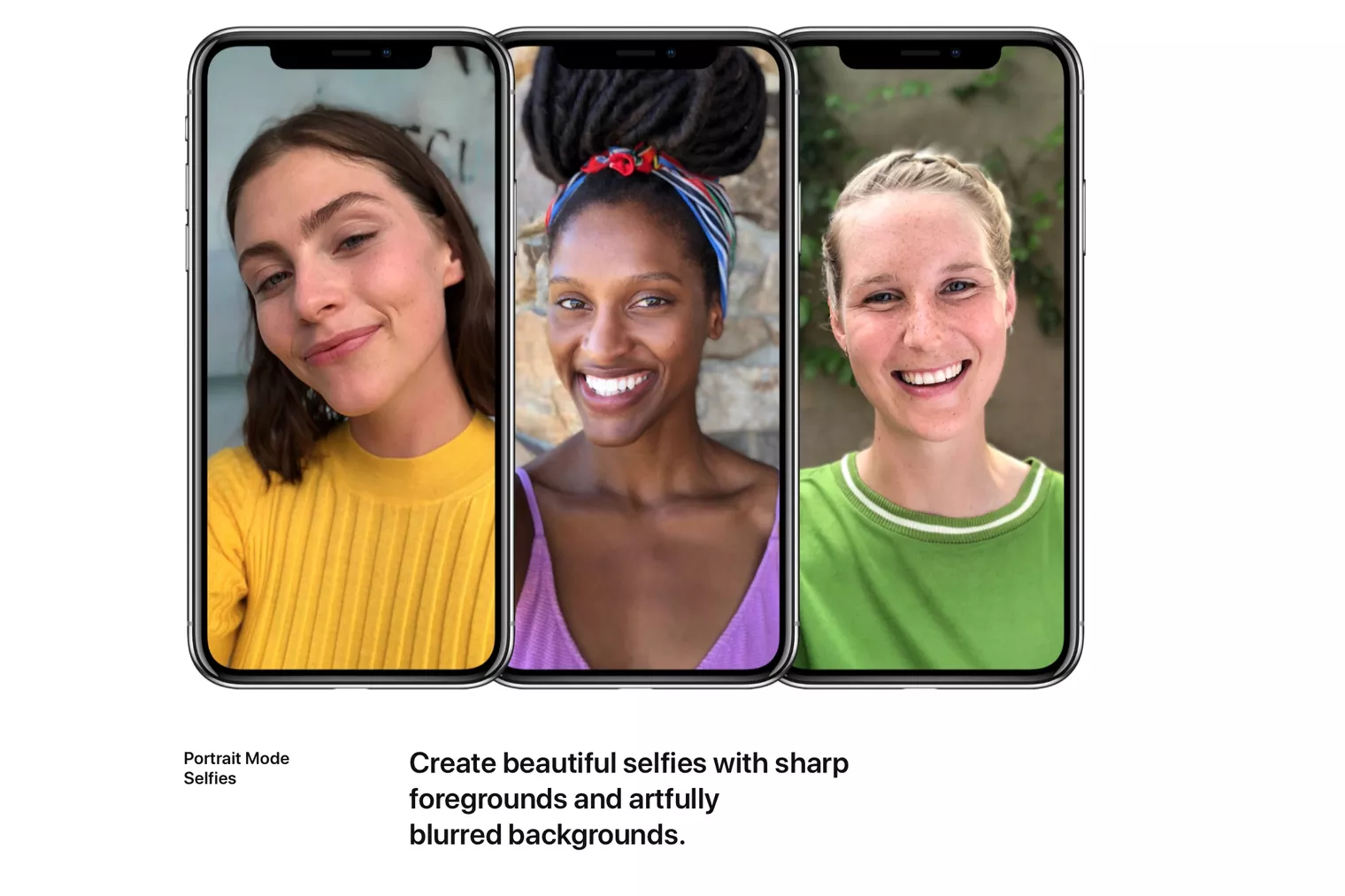 Social media marketers will also appreciate the better lighting capabilities of the iPhone X, as they can quickly snag photos of their product, their company or events that look like a professional staged them.

The facial recognition technology will also help users beyond taking a nice photo - Snapchat lenses will track much better to the user’s face, and Facebook will do a better job suggesting additional friends to tag whenever people upload photos.

With the iPhone X, social media is getting a facelift. Users can create, post and share faster than ever - and they’ll look even better doing it.​