After months of testing, WhatsApp has today announced that all users can now access its new 'disappearing messages' feature, which will see all new messages sent within the designated chat self-erase after 7 days. 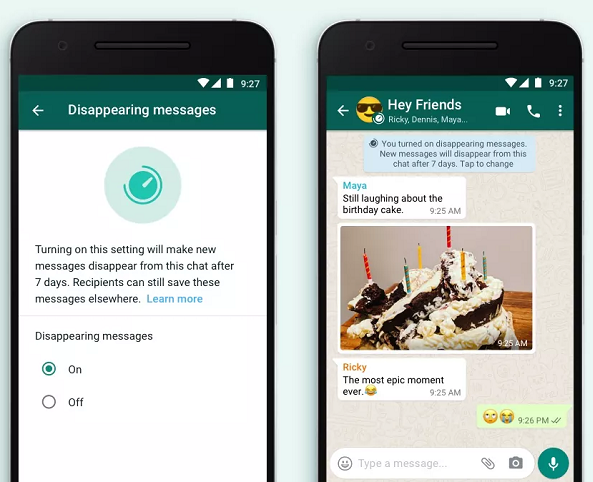 The setting won't impact previously sent messages in a thread. WhatsApp says that this will provide a greater sense of immediacy, while also enabling users to clear out unnecessary reminders without having to manually go back and clean up their exchanges.

Though there are some provisos - in its Help Center explanation of the functionality, WhatsApp notes that:

So, they don't really disappear, at least not entirely. Which seems potentially problematic.

WhatsApp also notes that users can forward or take a screenshot of a disappearing message, and save it before it disappears, so users should only, in WhatsApp's view, use the option with users they trust.

Which makes sense, of course, but given the amount of private chats and conversations that happen within encrypted WhatsApp threads, this seems like it doesn't add a heap of security or assurance. I can already envision a fake WhatsApp exchange being used as evidence of some wrongdoing, which the poster could then claim was made within a self-erasing thread, so the true evidence no longer exists.

Given this, I'm not sure this is a great addition for WhatsApp, or that it will fulfill a pressing user need, as the existing encryption already protects such exchanges either way. But as noted, WhatsApp's been testing it for months, and it obviously sees value in the option. We'll see how users adapt to the process.

WA Beta Info originally spotted WhatsApp's disappearing messages in testing back in March, and at that time, it seemed that WhatsApp hadn't settled on the time limit for their removal from the thread. 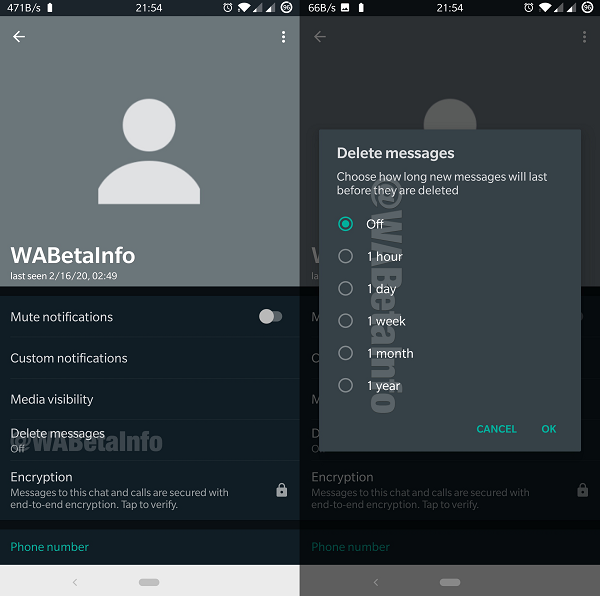 WhatsApp says that it eventually settled on the 7 day threshold: "because we think it offers peace of mind that conversations aren’t permanent, while remaining practical so you don’t forget what you were chatting about".

Still, it seems like a long time, maybe. Or maybe it's just different to the other disappearing message options available.

Because, of course, disappearing messages are not new - you can use them in Messenger, Snapchat, Instagram, and various other tools. That also means that in terms of potential abuse, the risk might not be that significant, because the functionality already exists. But then again, WhatsApp is the biggest, most used messaging app on the planet. The potential for harm or misuse could be more significant in the app.

But maybe I'm wrong - maybe users have been calling for this, and it will add another dimension to your private chats. Only time will tell, and with the option now available to all, we'll see what happens.

WhatsApp says that disappearing messages will be 'rolling out to users everywhere this month'.