YouTube Continues to Explore New Ways to Take on TV

With digital video consumption rising, YouTube is trying out another way to further align with evolving trends, by adding in new "Choose Your Own Adventure" style content, while it's also changing its pricing and options for its YouTube TV offering.

On the first point, YouTube sees potential to combine the engagement features of its platform with TV-like content, by giving users the option to decide the direction of the narrative.

"A new unit will develop interactive programming and live specials under Ben Relles, who had been overseeing unscripted programs, the Google-owned company said Tuesday. Relles, who has worked at YouTube for eight years, just started in the role and is still exploring the best ways for YouTube viewers to participate in stories."

Netflix has been trying out similar, adding a new element into the viewing process. It's hard to say how beneficial it will be, but its another avenue to explore for YouTube, which also, as noted, has this week outlined changes to its YouTube TV offering, including new content and a revised pricing structure.

It's pretty easy to connect the dots between the rise of online video consumption and the efforts of digital platforms to steal away TV ad dollars.

As various trend reports have shown, more and more consumers are now 'second-screening' - i.e. they're watching TV shows with their mobile device in-hand, taking part in the surrounding conversation in real-time, and forming stronger bonds with TV content as a result. And while digital video consumption is also rising, TV advertising is still huge, with print and TV combined ('traditional' ad platforms) set to rake in $109 billion in ad spend in 2019. But what if a digital platform could provide TV-like content with online interaction elements built in? That would usurp the need for traditional TV altogether - take out the middleman and you can reap all the benefits.

It seems like a logical, beneficial conclusion for digital platforms to make, but thus far, none of them have been able to make it work.

Twitter has tried various ways to combine TV viewing alongside tweets, with middling results, while Facebook, through its Watch platform, has been adding in options like 'Watch Party' for communal viewing and content sharing options to spark more viewing engagement. 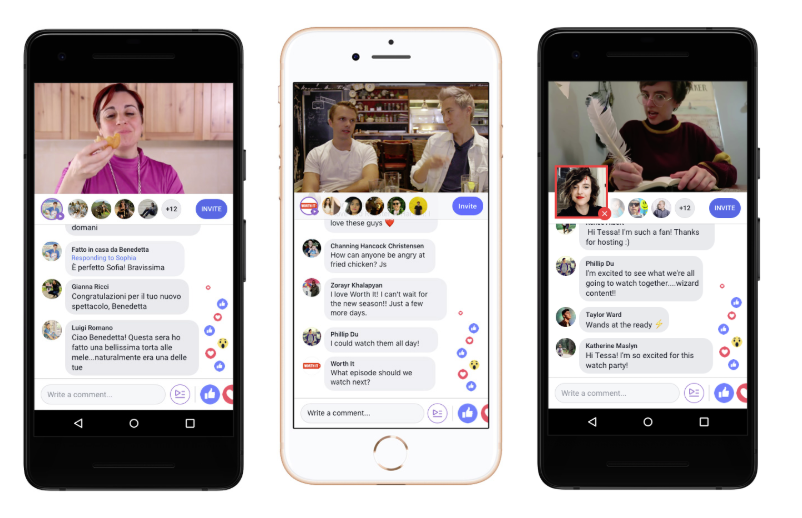 They kind of work, more people are watching more Watch originated content, but not at the levels that Facebook, or Twitter for their part, would have hoped.

Why can't they crack the code? Logically, this should be what modern consumers want, TV-like programs and social media functionality all in one, that should work, right?

Evidently, there's still an attachment to the traditional TV set as a communal viewing device, which more platforms are inching across to, but none have been able to master as yet.

Will YouTube's Choose Your Own Adventure' option help it cross that threshold? I'd say probably not, but there's no harm in trying. And it's not like they need mass take-up for it to be a success - if they can get enough users on, say, YouTube Kids alone interested in the option, that could be enough to spark habitual viewing behaviors that will eventually flow through into adult consumption behaviors.

Logically, it does seem like there could be a way for a digital platform to crack the video engagement code, but none have made the leap just yet. Maybe the next experiment will be the big winner.