YouTube Will Remove its In-App Messaging Option Next Month

After originally launching its chat option back in 2017, YouTube has now announced that it will remove the functionality next month, in order to put more emphasis on public sharing via comments, posts, and YouTube stories. 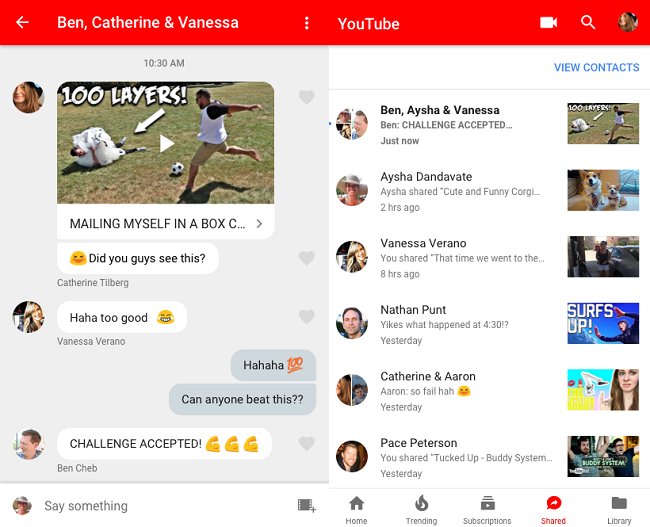 "Two years ago, we launched a feature to enable you to share videos via direct messages on YouTube. Since then, we've also focused on public conversations with updates to comments, posts, and stories. We’re constantly reevaluating our priorities and have decided to discontinue YouTube’s native direct messaging feature while we focus on improving public conversations."

Didn't know that YouTube even had a messaging option? Of course it did/does, Google adds messaging to everything - as of last year, the search giant was also operating seven separate messaging apps. Keen to ensure it stays up with social engagement trends, Google has been working to provide users with ample opportunity to message each other, and build connections within its apps - though most, if not all, of its messaging tools have never really gained traction, with users having already established their friend networks on other platforms.

As noted by 9to5Google, YouTube's new focus appears to be Stories, and staying up with the next big social sharing shift. YouTube Stories is still only available for users with over 10k followers, but it looks to be where YouTube would prefer to drive attention - at least for now.

So, as we did with Google Allo earlier this year, we now bid farewell to YouTube messaging, another casualty in the digital attention war. He never even stood a chance.