Have you ever noticed how every YouTube influencer creates videos that are around the exact same length - which is about 10 minutes? 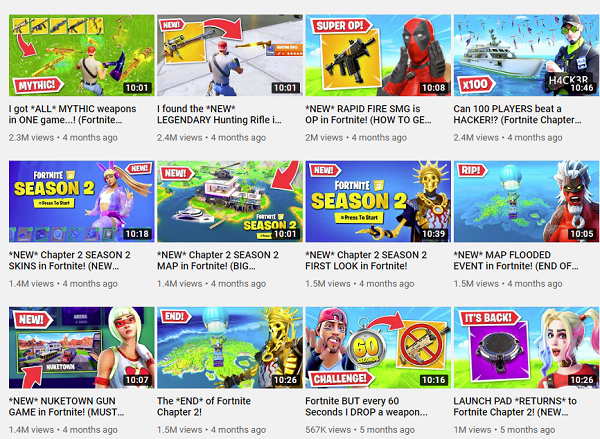 The reason for that is YouTube's monetization policy - currently, YouTube enables mid-roll ads on videos that are at least 10 minutes long, so for YouTubers who are trying to generate revenue, it makes sense for them to maximize their potential in this respect by creating videos that always cross that 10-minute threshold.

That also, at times, probably means that some have to stretch out their content a little more, which is not ideal for the creators or their fans.

Well soon, that'll change - this week, YouTube has announced an update to its monetization policy which will mean that videos of 8 minutes in length, instead of 10, will now be eligible for mid-roll ads.

So, shorter videos will now be eligible for monetization, which is a good outcome for creators, and likely a minimally annoying change for viewers. But it is interesting to note the detail here - YouTube, as noted, is now adding mid-roll ads automatically to all videos of 8 minutes in length, even those that creators may not have wanted to add them into.

Creators will still be able to switch them off if they choose, and/or adjust the automatic placement of any such ads. But the push here is clearly to get more ads into YouTube, boosting ad inventory, and increasing YouTube's revenue. Which makes logical sense, but the expansion of overall ad load here, when you consider that some 30,000 hours of content is uploaded to the platform every hour, is significant.

As reported earlier this year by OneZero, advertising rates on YouTube have dropped by nearly 50% since the beginning of February, despite viewership increasing during the COVID-19 lockdowns.

"Data from the Interactive Advertising Bureau, an advertising industry body, suggests that one in four media buyers and brands have paused all advertising for the first half of 2020, and a further 46% have adjusted their spending downwards."

Fewer advertisers means less dollars, overall, flowing through YouTube's network, which means the subsequent revenue stream then tricking through to creators is also drying up due to the shutdowns worldwide. By increasing its ad load, YouTube is likely looking to supplement those losses, and keep not only its own revenue intake going, but also that of its creators, who it needs to stick around to keep bringing viewers back.

Increasing the amount of ads will likely help - but then again, more ad space, overall, will also bring down the prices of YouTube ads. So while creators might be getting a cut of more ads, if the overall price is lower, the two elements may not balance out to a better deal. But YouTube, you'd assume, has done the math in this respect, and providing more ad space will likely help creators generate more income, addressing concerns around significant reductions in their intake.

For advertisers, that means more opportunity to reach more people on YouTube, and for consumers, as noted, pushing ad breaks into shorter videos is probably not overly interruptive, given they're used to the same on slightly longer clips anyway.

But it's an interesting change nonetheless, and could, eventually, lead to higher revenue potential for more YouTube creators. Once things go back to normal, that is.