YouTube's Expanding its Test of a New Content Discovery Tool

YouTube is looking to improve its on-platform content discovery with the expansion of its test of a new 'Explore' tool to showcase more videos similar to those you've already viewed, and others from popular platform creators. 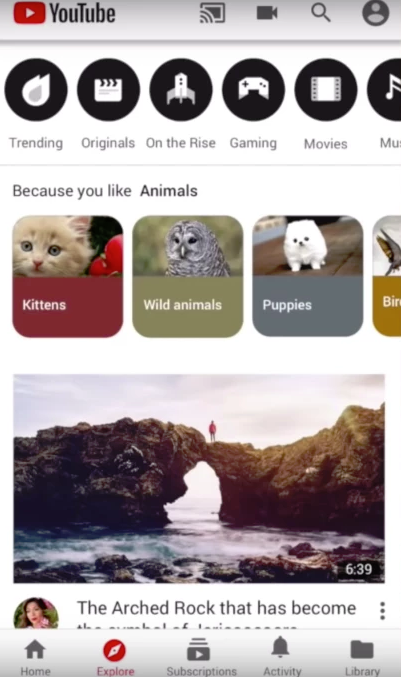 As reported by TechCrunch, YouTube first began testing the option with a small percentage of iOS users last year, but it's now expanding to test pool to a wider range of cross-platform users. As you can see in the example above, the Explore tool - which replaces the 'Trending' tab for those with access - looks similar to Instagram's Explore page, with subject tabs and images along the top of screen defined by your previous viewing habits.

In addition to this, YouTube's also looking to generate more exposure for platform creators. In the new test variation, YouTube has included an “On the Rise” category in the main content sorting tools, which will feature up-and-coming YouTube creators, with specific focus on those with fewer than 10,000 subscribers. 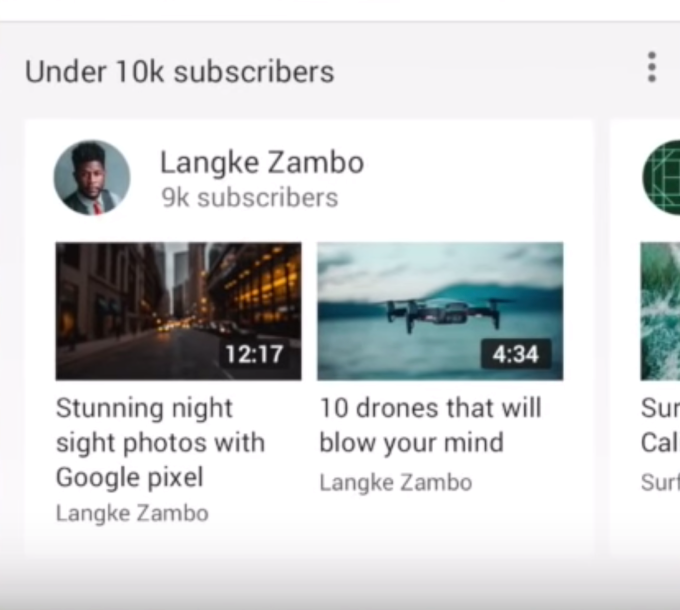 The initiative could help YouTube creators build their audience base faster, which will provide more monetization opportunities, and keep them posting to YouTube more often. It's a good way for YouTube to fuel its creator eco-system - rather than simply using algorithm recommendations based on content, which could see low-quality material show up on people's Explore list, YouTube's looking to focus on those who are already gaining momentum, which may also prompt others to want to check out why they're drawing interest.

As noted, the Explore feed is currently only being tested with a small percentage of users, so you may have access, but likely not.

The expansion of the test could also mean that it's close to being rolled out more broadly - it's not a major change, it won't add heap to your YouTube experience. But combined with the recent addition of the capacity to swipe through to the next video, it could make finding new content to watch on the platform a lot easier, and help marketers get their content to show up in more spaces.