The new outline was shared by Facebook CEO Mark Zuckerberg in a live-stream chat with Instagram chief Adam Mosseri, in which they discussed the evolving creator economy, and Facebook's efforts to establish a more welcoming process, particularly for the emerging “creator middle class".

According to Zuckerberg, Creator Shops would be similar to its existing Instagram and Facebook shops for eCommerce, but would be open to a broader range of users, aside from just business accounts.

“We see a lot of creators setting up shops too, and one part of being a content creator business model is you create great content, and then you can sell stuff, and so having creator shops is awesome.”

YouTube offers similar creator tools on this front, including a product ‘shelf’ to highlight branded merchandise to video viewers, and tools like 'Live Alerts for Merch', which highlight products within live-stream comments. 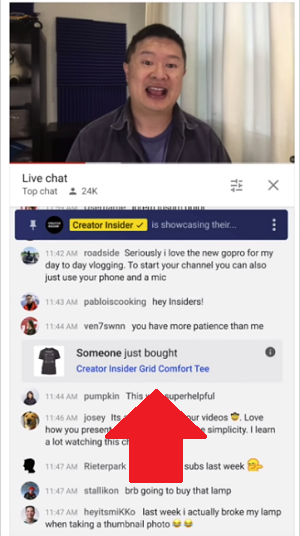 Instagram now looks to be headed in a simialr direction, with added promotional tools to provide more ways for creators to better establish audience connection, and generate more income from their efforts.

Zuckerberg also noted that they're looking to establish a new, integrated ad offering, which would enable creators to get paid directly for promoting products within the app.

"[Creators] should be able to get a cut of the sales of things that they're recommending, and we should build up an affiliate recommendation marketplace to enable that to all happen.”

At present, most brand/creator deals are established off-platform, and without Instagram or Facebook's involvement, but Facebook appears to be looking to improve on that, by providing a new, built-in framework for revenue share, which could simplify brand partnerships, and again, provide another, more established source of revenue for creators.

And by removing the sometimes difficult negotiation process, that could see a lot more creators looking to take on brand deals, and linking up better, more lucrative partnerships as a result, working on established, comparable commission rates, as opposed to flying blind with their own, independent arrangements.

And finally, Zuckerberg also noted that Instagram's working on an improved branded content marketplace which would seek to match relevant brands and creators for promotions.

It sounds a lot like Facebook's Brand Collabs Manager tool, which it expanded to Instagram creators in late 2019. 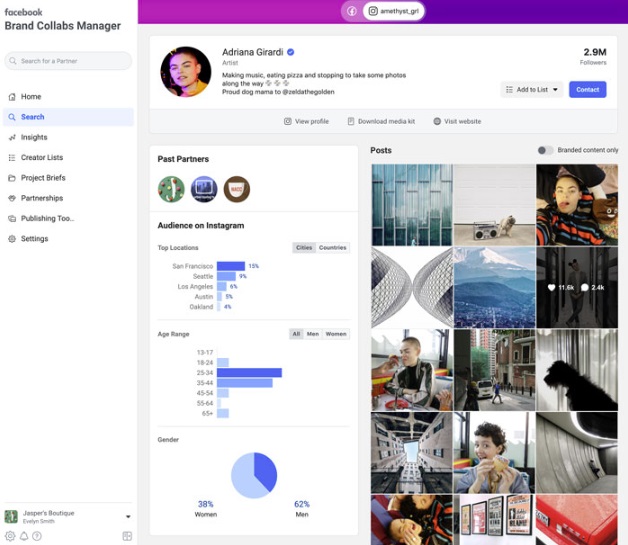 As you can see here, Brand Collabs Manager provides a range of in-depth channel analytics data and audience insights to help brands and creators link-up on new deals. According to Zuckerberg, it's now looking to improve on this, while also expanding the tool to more Instagram creators to again provide more opportunity for a wider range of users.

With TikTok continuing its rise, the race is now on to establish the best process to help creators monetize their work, in an effort to lure the top creators, and their audiences, to each platform. Snapchat, for example, is now directly paying up to $1 million a day for the best short video clips in its 'Spotlight' TikTok-like feed, while Twitter is working on a range of new 'Super Follow' options that would help users monetize their presence.

LinkedIn is also reportedly working on creator revenue tools, while TikTok is also developing eCommerce options, including a process that would let users "share links to products and automatically earn commission on any sales".

Which sounds very similar to what Zuckerberg is pitching here, and this really seems like the next big battleground for the major platforms, providing the best tools to help creators generate income from their efforts, in a push to lure the biggest stars, and squeeze out the competition.

That battle will ultimately favor those with greater resources, which likely means YouTube and Facebook. But maybe, through improved creator monetization, each app can remain competitive in its own way, and keep its biggest stars from straying to the greenest pastures.

Either way, you can bet that Facebook's plans will be big, and will cause more disruption in the creator landscape.

Zuckerberg and Mosseri pledged to shared more information on the various projects soon.