Is Social Media a Good Thing or a Bad Thing? 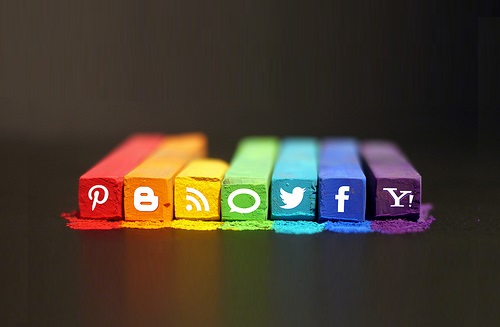 Both of these posts still get a high number of views each month, as people are still Googling, looking for the answer to "Is social media good or bad?"

I'm sure there are as many answers to this question, on both sides, as there are people using social media. Perhaps that number would even skew negative, if you also asked people not using social.

Social media, and the internet as a whole, has provided people with more access to information than they've ever had before. And not only more access, but quicker access - anyone with a mobile device can search for virtually any information they need, at any time.

"The amount of digital information increases tenfold every five years. Moreover, there are now many more people who interact with information. Between 1990 and 2005 more than 1 billion people worldwide entered the middle class. As they get richer they become more literate, which fuels information growth." - The Economist

So what is the answer? Is social media basically good, or does it have a "negative impact on society", as the original post's author Syed Noman Ali asked?

Here's my answer: social media is what you make of it. Like so many other things in life, both online and off, you get what you put into it.

Here's a personal example - I grew up in Chicago, and after 26 years, I moved across the country to Los Angeles. Going online gave me a chance to connect, in real-time, with more people than I could via a single phone call. I was also able to stay in touch via status updates, and peruse photos that helped make me feel as though I wasn't as far away as I was.

"People are more and more mobile, moving for jobs, living far from their families, so technology that helps bridge the social gap created by the modern economy is useful. We build and maintain relationships on social media."

Social networks began as a means of connecting with friends. How many of us sought out old friends from high school, or even grammar school, and were able to reconnect?

Human beings are inherently social creatures. We need other people to truly thrive. Social media connects us with people we may never meet in person, yet we're still able to develop as strong (and as I've found, many times even stronger) relationships with these people.

There are no gatekeepers when you publish via your social profile, (outside of each platform's terms of use) - you can write anything and anyone has the chance to view it.

It has truly democratized media, and given everyone a medium through which to be heard.

Whereas it used to be only the companies that were able to purchase ads getting their message out, now, any sized company can take the time to jump into a conversation on any social network.

With more access to each company and its employees, and more ways to share such insights - both positive and negative - companies need to be much more careful in what they say and do, because everything is now public and easier to access.

Brands are also now able to tailor their products and services to what people really need and are looking for.

Social networking helps narrow the gap between a company and their current and/or potential consumers. The more a brand interacts with their consumers on social networks, the more they're able to learn how to target consumers with the right products and services at their time of need.

You can learn how to do almost anything you seek via videos and 'how-tos' on the internet, changing the way we learn.

News content is now available much faster due to social media.

I personally like the immediacy of Twitter for news - almost daily I'll learn about something that has occurred in the world via Twitter, without having to wait for (later) regularly scheduled television news updates.

There's both real and "fake" information to be found via social content. People can find real news and they can find fake news, laid out as real.

Inevitably, there will always be people looking to capitalize on any media distribution method, which social media is, and there'll be those who'll believe anything they read and not look any further into finding out if what they're reading is an internet hoax.

This is an unfortunate side-effect of wider connection - it also opens the system up to those who would exploit it to push their own agendas. The platforms are now looking to police this, but it'll likely always play a part.

Social Media can have negative impacts on productivity, if people allow it. I know personally, that I've used the term "I just fell into a rabbit hole on (insert any social networking site) for hours, without even noticing".

People will use social media when they're supposed to be doing other things, however this is nothing new, nor can it solely be blamed on social media. Before the internet, people still wasted time while at work.

If you hire a slacker, you're going to get a slacker, whether you take their internet away or not.

Social media can be addictive

Studies have been conducted which show that people get the same dopamine high when someone likes one of their posts as an addict does from a hit of cocaine.

Just like an alcoholic that can't start their day without a shot of alcohol, many people can't get out of bed before checking Facebook.

"27% of consumers admit they check social networks as soon as they wake up, and 51% continue to log in periodically throughout the day..."

This type of behavior can obviously be problematic - especially so when also coupled with similar academic research which shows that social media usage can increase instances of depression.

This is true, scary and unfortunate. Whereas you used to have a problem with someone in person, today, that person's able to gather people from anywhere in the world to join their cause or hatred against people or institutions. People seem to feel bolder and more apt to attack others when hiding behind their screens.

This is by no means an exhaustive list, nor does it answer the original question, "Is social media a good thing or a bad thing?" Perhaps we should be re-framing this question - perhaps the better question to ask is "How can I use social media for good?"

What do you think? Let us know in the comments what your experience has been like.