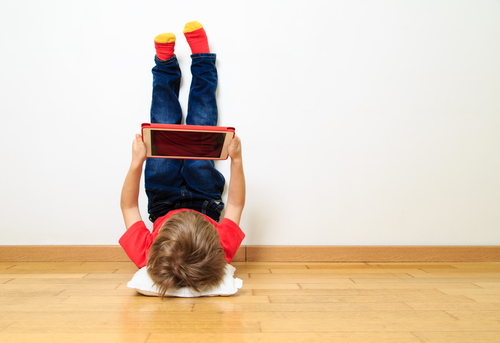 I have two kids, one is five, the other is three. You know what one of the most common requests from them is? "Dad, can I please watch the iPad?" When we first had kids, there was no way we were going to let them watch the iPad, no chance we'd let them rot their brains via too much TV or internet exposure, particularly at such a young age. But over time, we softened, and now we've rationed it out - they both get to watch a maximum of five videos each, then they have to go do something else. As it turns out, this is becoming a pretty common circumstance - a new report from Miner and Co has found that 57% of the 800 U.S. parents surveyed said their children now prefer to watch video on a handheld device, rather than TV. It's a development that has the television industry spooked, and may have wide-ranging impacts on future media consumption habits.

The findings were amongst a range of other insights on the TV viewing habits of kids in Miner and Co's report, including:

The findings are both amazing and unsurprising at the same time, particularly given the challenges being faced by traditional TV providers. As reported by AdAge:

Given such declines, it's obvious audience attention is shifting, but at such a young and developmental stage of their lives, such shifts should be given extra attention - such shifts are forming the future of media consumption. Habits learned now will not be easy to break.

So why the shift, what reasons did the kids give for their viewing preference? Miner and Co noted the five most common reasons provided in their report:

These definitely reflect my own experience with my kids - being able to control and navigate their own viewing experience in a simple, interactive way is a major advantage online video has over traditional TV. It's logical, though somewhat harder for us to comprehend, but kids these days just don't need to sit through ads. They don't have to wait for their favorite shows to come on, don't have to wake up early to catch the latest cartoons or jump out of the car as soon as they get home from school in order to see a new episode of Teenage Mutant Ninja Turtles (so many memories). No, kids these days are in charge of their own media experience - my kids simply tell me they wanna' watch "ponies" or "dinosaurs", and through the magic of the tablet, they can do just that. They learned at a pretty young age how to write the words for the topics they like most into Google, and how to click over to the "Video" tab, and then there they are - a whole range of clips of their favorite content, set out before them, like some kind of cartoon wonderland.

The most important learning from this is that the next generation's media consumption habits will not be dictated by TV networks or publishers. For many, they aren't now, with less reliance on schedule adherence and more autonomy in how and when we read and view content. Such independence is only going to expand - the next generation won't know a world in which they couldn't dictate the what and when of their media intake. What's more, the shift may also result in more attuned audiences, less likely to sit through longer form content to get to the point. I've definitely noticed that my kids are less inclined to sit through the boring bits of movies, they generally prefer the highlights - that may be a result of viewing content in highlight form via YouTube, and it may force creators to be more direct in their messaging. 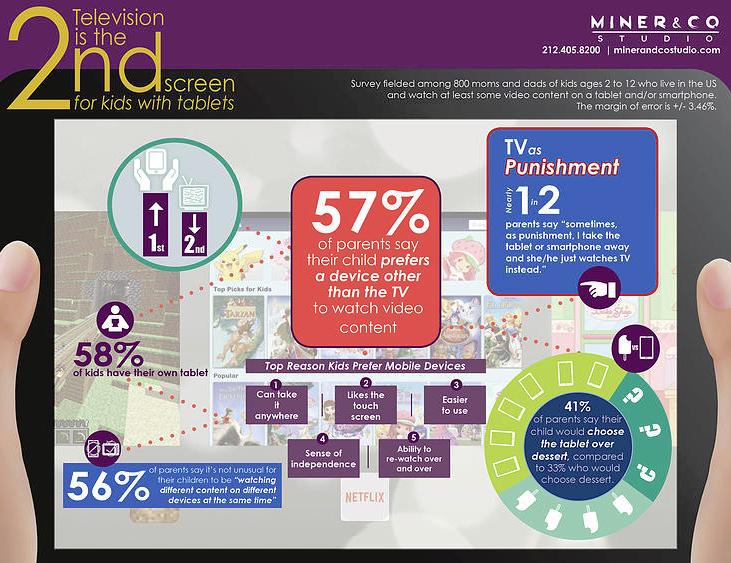 However you look at it, the results underline a significant shift, and reinforce why social networks - Facebook in particular - are so keen to build their video capabilities. If such habitual trends are indicative, this is likely how the next generation will be consuming the majority, if not all, of their broadcast media. The platform that controls the distribution of the content is the platform that wins out - and while YouTube is still the current leader, Facebook is gaining fast. But what about Facebook's age limit - you can't sign up for a Facebook account till you're 13 years old, a potential barrier for The Social Network as it seeks to win the hearts and minds of the future. Might we see a new "Facebook for kids" coming, or at least, a Facebook-owned video platform to get kids away from YouTube? Facebook has already filed patents on systems that would allow children to join the network - Mark Zuckerberg himself has said kids should be allowed to sign-up. As the battle for online video supremacy heats up, it wouldn't surprise me one bit to see Facebook do something to capture the attention of the 2-12 year old market - after all, the children are our future.