What's the magic formula that will ensure your Facebook videos are highly shared, engaged with, and generate maximum results?

This is a key question that many people want an answer to, a simplified format which would enable them to hone in on the exact right thing they should be doing to optimize their efforts.

But the truth is, there is no single right answer - the perfect length of a video or blog post or anything else relates to what you have to say. 'Game of Thrones', for example, likely couldn't be captured within the length of a single movie, its perfect length relates to the complexity of the story, and how essential each element is.

It's the same with your content - the right length for any content is the amount of words or time it takes to communicate what needs to be communicated, clearly and effectively. Sometimes that could be 100 words, sometimes 10,000, but the ideal length should be driven by the content itself, and what your audience is seeking, not by some over-arching 'magic formula'.

But that said, by studying what is working, you can get a better idea of what you should aim for, of what's resonating most amongst audience segments. Even as a basic starting point, it's worth analyzing the data to see what formats and lengths are generating the best results - it may not be definitive, but it could help inform your own expectations and thinking.

To help with this, the team at BuzzSumo have conducted a new study of Facebook video content, analyzing more than 100 million Facebook videos to get some idea of the best performing topics, optimal video length and comparative data on pre-recorded versus live posts.

The full report is available here, and is definitely worth a read, but here are some of the highlights.

First off, BuzzSumo found that videos related to food generated the most engagement on Facebook. 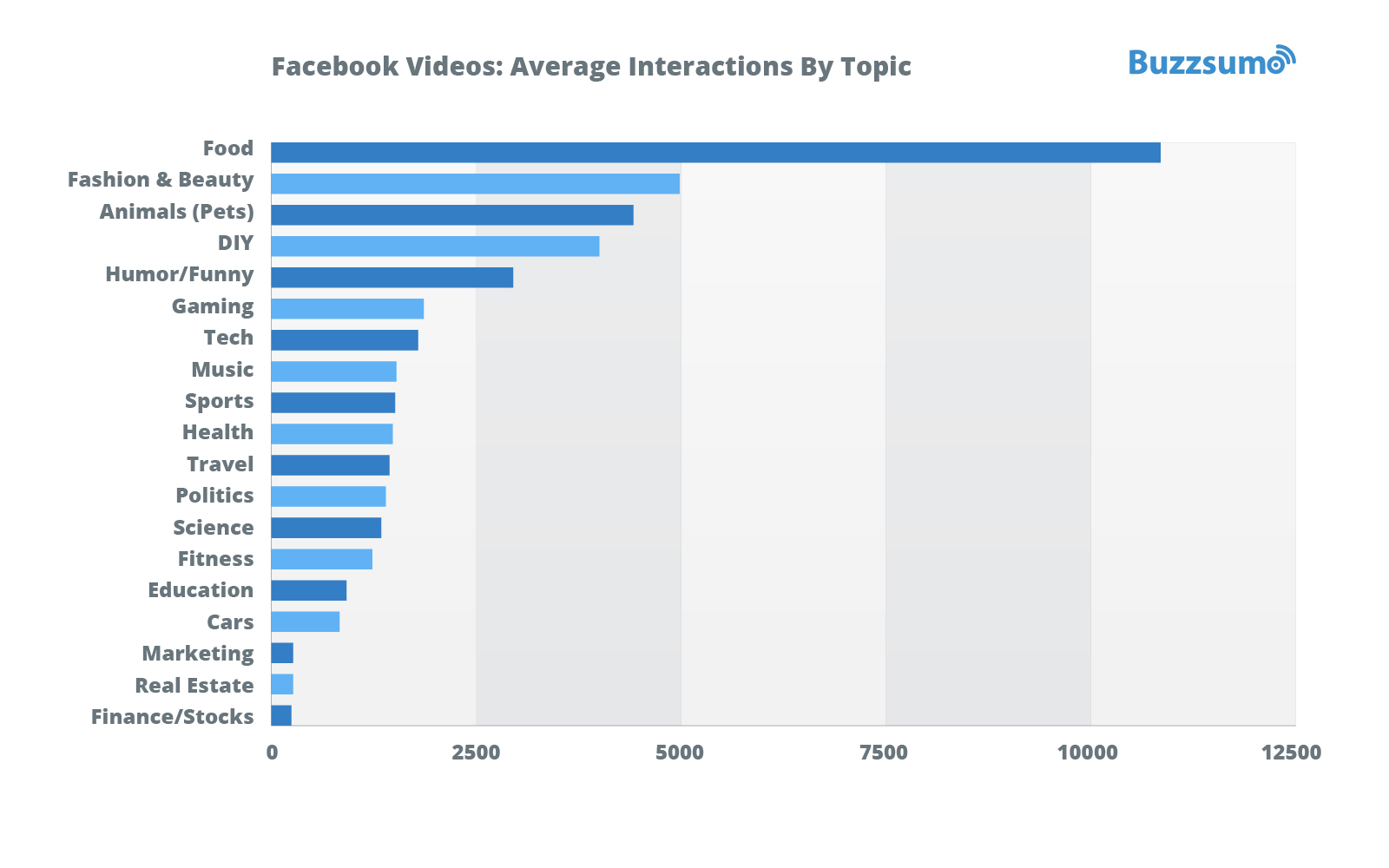 Now, that probably doesn't help you much if your business is not in a food-related sector, but it's interesting to note the various topics that resonate best amongst Facebook's community. Most of these are likely as you'd expect - BuzzFeed's 'Tasty' for example, which posts recipe videos, is always amongst the top performing video publishers, while comedy and/or animal videos are a fairly solid staple of most people's News Feeds.

The listing provides some context as to what Facebook fans respond to - that doesn't mean you can't succeed with a video about real estate or the stock market, but it does suggest that you'll have a challenge before you.

Another element BuzzSumo analyzed was optimum video length, and which videos generate the most engagement. 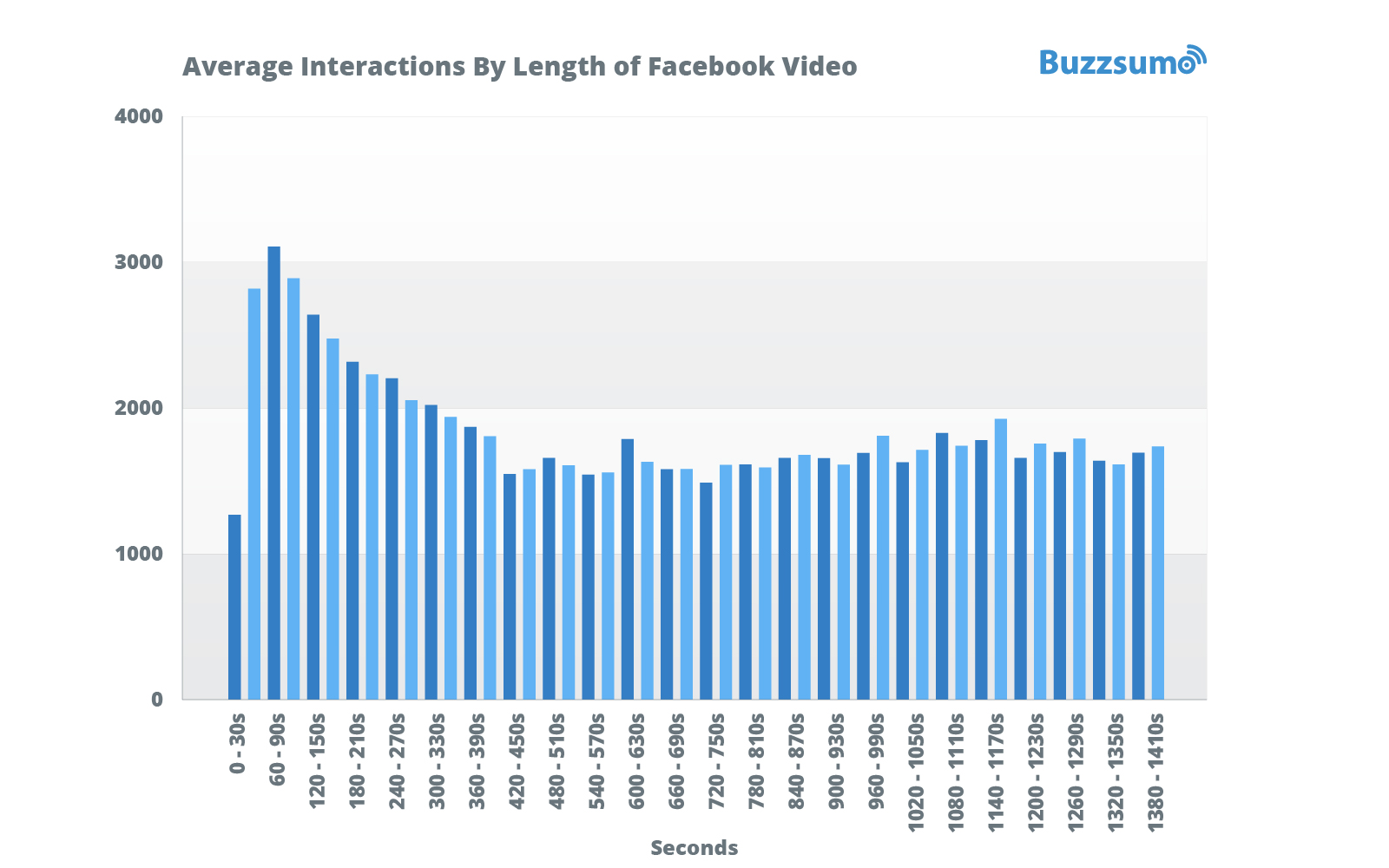 As you can see from the chart, BuzzSumo's analysis suggests shorter videos work better on Facebook, with 60-90 seconds being the optimal length.

"After 90 seconds average engagement fell as the video length increased, until around 6 minutes when engagement remained constant."

Again, that's not definitive, but based on a large sample size, it does provide some indicator of what works on The Social Network. Worth noting too that super-short videos - those less than 30 seconds in length - generated the least engagement. So you want to go short, but not too short, if you're looking to maximize response. 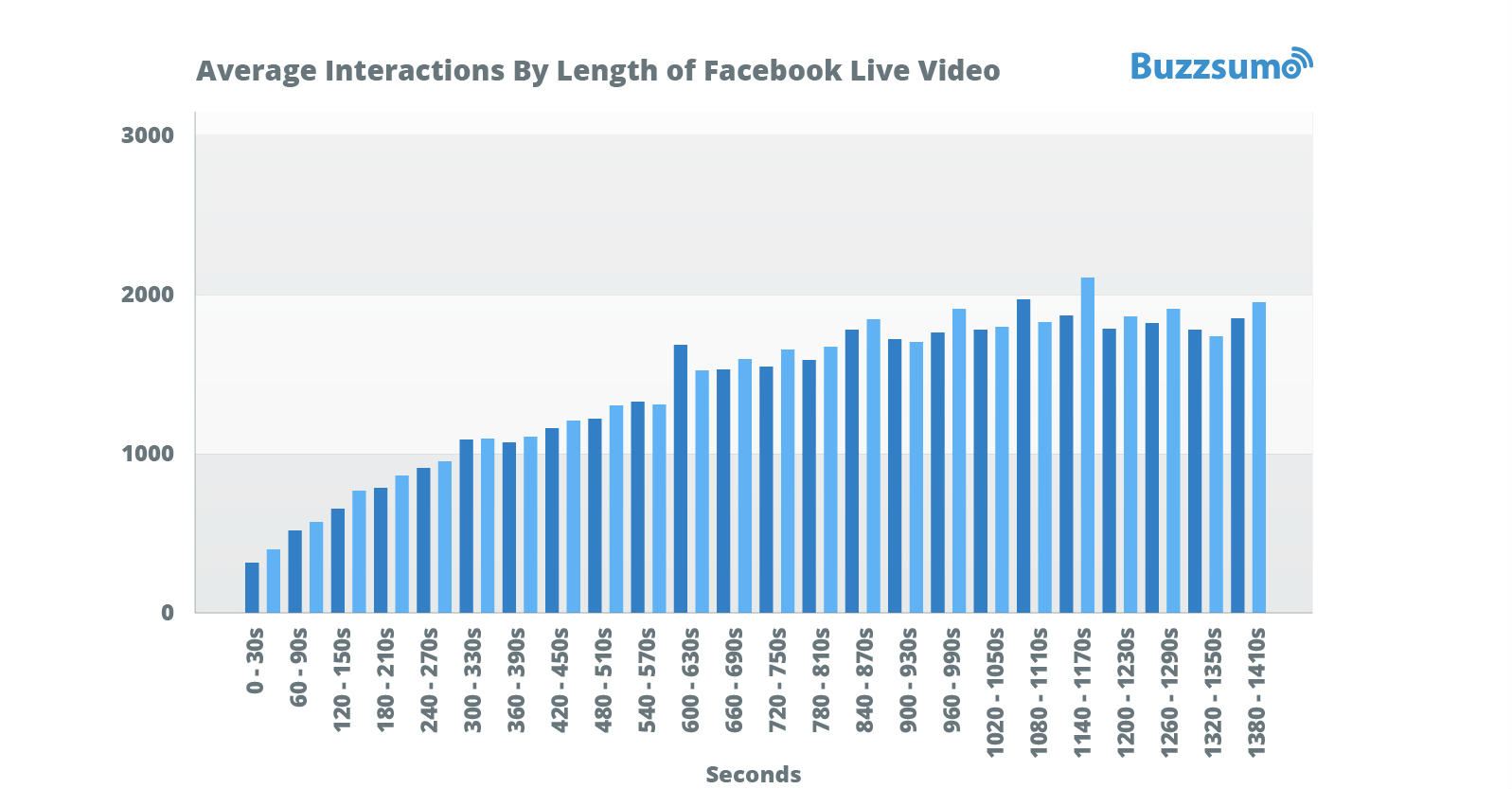 "Our analysis of Facebook Live videos found that interactions increase the longer the video lasts, until about 15-16 minutes. After this time the interactions remain fairly stable."

This suggests that users are more willing to invest time into a live video, if they're committed to watching it - which makes sense, as most live videos provide a means to share a moment in time, to be present in another place, which may be difficult to capture within a shorter clip.

It also suggests that longer, Q and A style posts are working for Facebook Live publishers, providing that extra context and connection. People want to have some time and space to engage with the content, to interact, so you need to give them an opportunity to participate.

"We analyzed the top 10,000 most engaging Facebook videos between June 2016 and June 2017 and found that for these top performing videos the introduction text was very short. The average was 84 characters and the median was 61 characters." 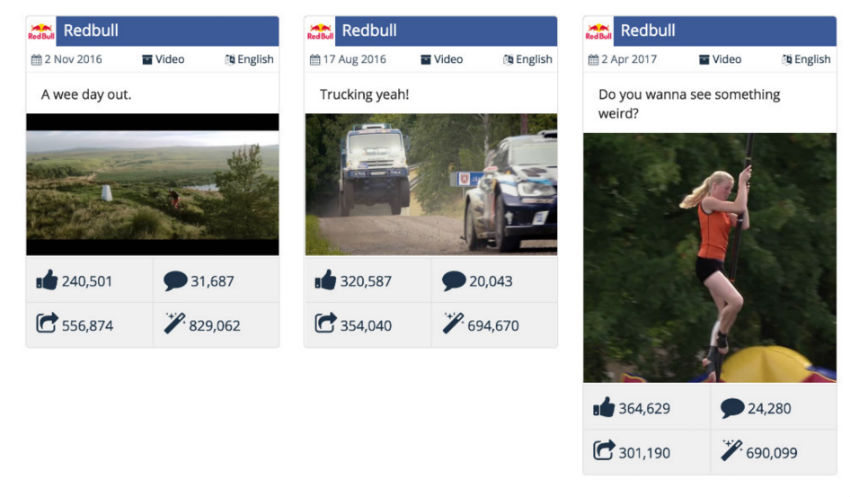 This is not overly surprising - back in 2014, Buffer found that the ideal length of any Facebook post is only 40 characters - but, again, it's not prescriptive. You should always seek to ensure your post text clearly communicates what you need, rather than trying to fit into a pre-defined ideal length.

There's a heap of additional data and insights included in the full report, definitely worth a look for anyone looking to optimize their Facebook video efforts.

As noted, while there's no absolute right way, by ensuring you're informed and across all the latest research, you can make better decisions about your own strategy, then refine and improve based on the available knowledge.