As part of the ongoing evolution of Facebook Messenger, The Social Network has today announced a re-vamp of your Messenger home screen. Now, rather than a basic listing of your most recent messages like this: 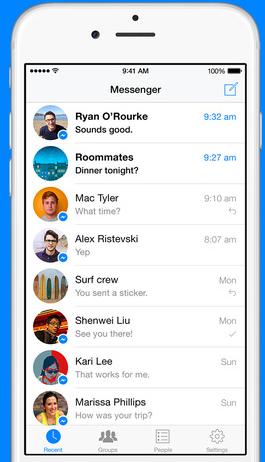 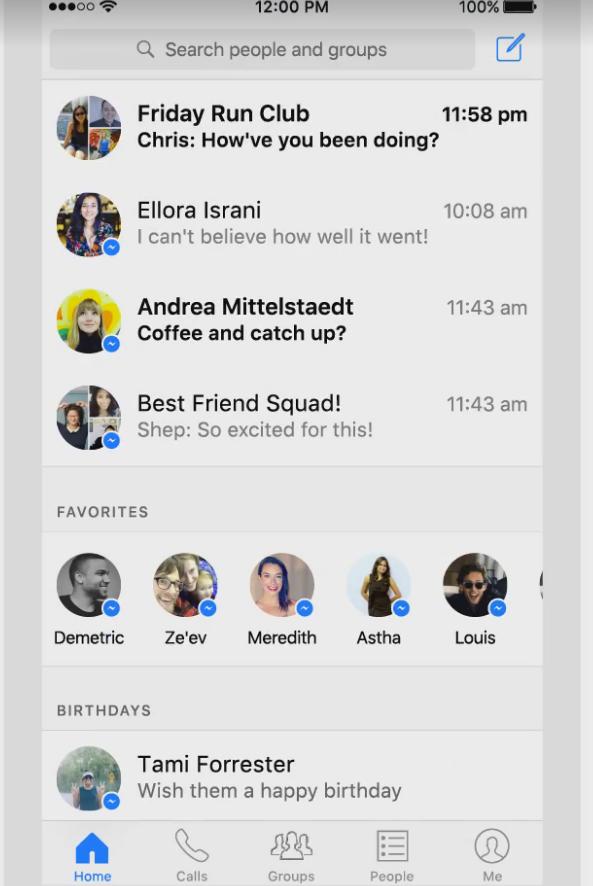 As you can see, the Messenger team has added in a range of new quick-connect features to get you more active on the app - scroll down further and there are even more new features to take in, including a new indicator of which of your friends are currently online (in case you want to say 'hi'). 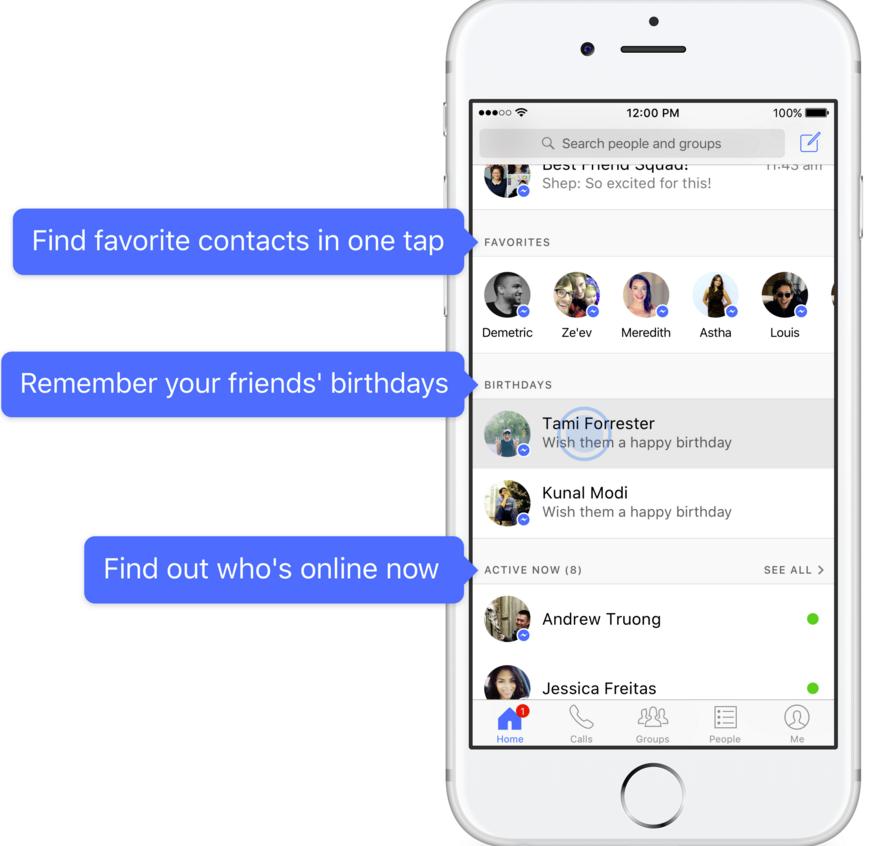 There's also a new 'Home' button to take you back to the main screen from any message thread in a single tap. 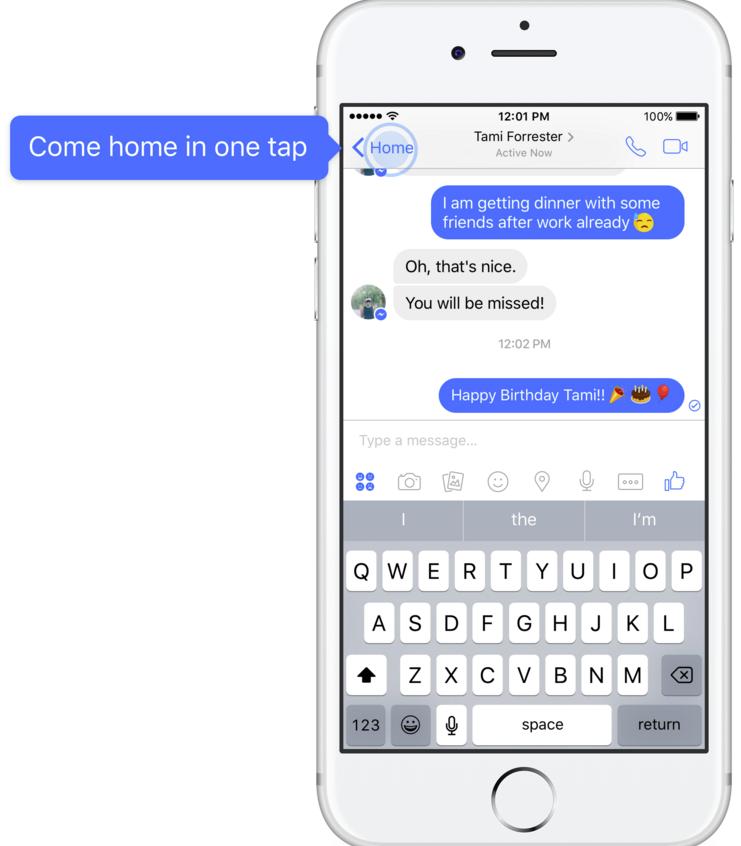 It's an interesting update, and while some users will no doubt be none too pleased by the addition of the birthdays section in particular (Facebook already floods you with notifications like this), it'll no doubt get more people more active on the app. Merely having a reminder of who's online or who your favorite contacts are will likely keep people more engaged, while having the ability to more easily navigate each section will also increase the likelihood of people utilizing these new functions.

Messenger Chief David Marcus has said that this is their first attempt at 'reinventing the inbox' and increasing the utility of the app.

And as noted by Marcus, while this may seem like a small change, it actually bears more resonance when looked at in the wider scope of where Messenger is headed.

In an interview with Wired last year, Marcus outlined how they're seeking to transform Messenger into the core app of your every day existence. The first major step towards evolving the Messenger platform for this purpose was the announcement of the new Messenger Bots framework back in April, which will enable brands to build their own interactive, AI-fuelled bot services within Messenger, a move that could eventually revolutionize customer service.

Now, you may think that's an over-statement, but Facebook recently told TechCrunch that "tens of thousands" of developers are now building bots, and given their capacity to personalize and streamline the buyer journey, on a platform which is already being used by close to a billion people, the logic behind bots is solid.

But there's still some way to go before we see bots become a significant consumer option, and part of that involves Messenger itself and how Facebook's able to evolve the platform from a simple messaging app into a platform that people use to connect with brands and service providers. As such, today's update is particularly relevant, as it moves the Messenger app to that next stage of functionality, it shows people that there's more than just messaging available, that more functions can easily be added into this experience. And once those new features are added in, you can bet the Messenger team will be considering ways to add additional sections into that Home screen - new shopping options, new service providers, all within the click of a button.

In this sense, it's not so much about highlighting your friend's birthday as it is about getting users more accustomed to doing more via message. In another relevant move on this front, earlier this week Facebook announced that your SMS conversations can now be merged into Messenger, showing up as purple threads to delineate them from your regular Messenger chats. 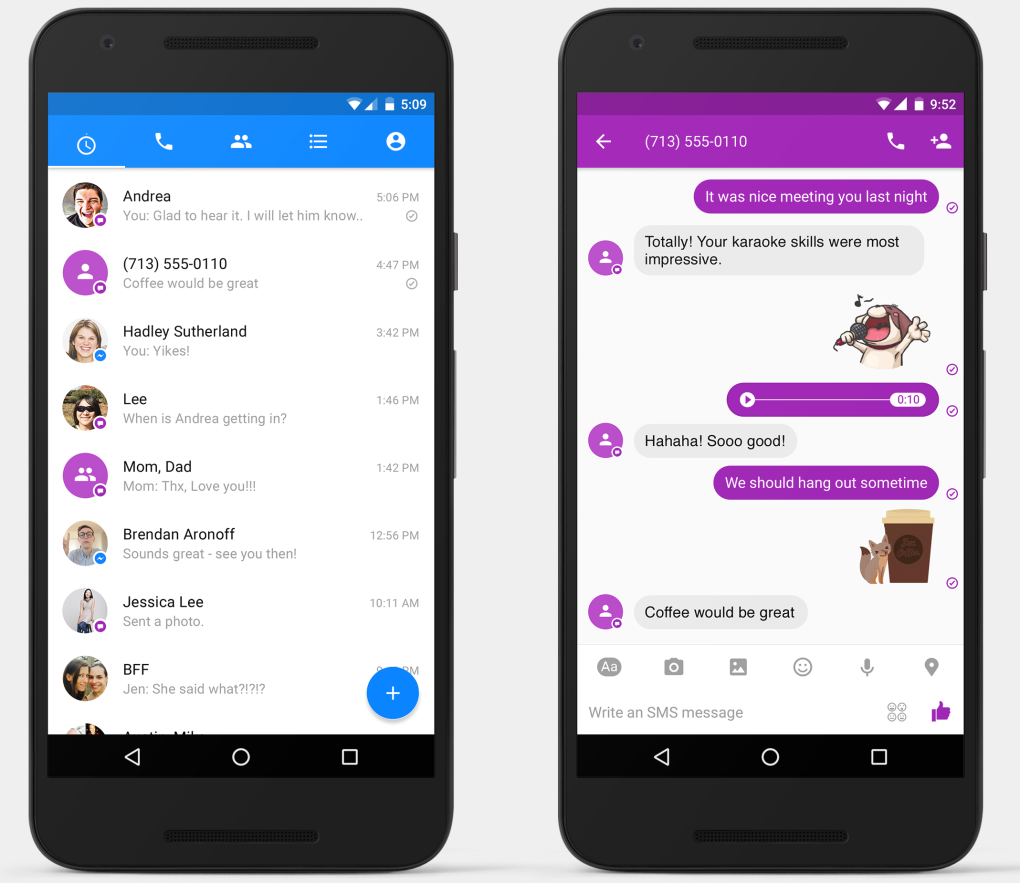 These are all small updates in isolation, but you can see where they're all headed, how Facebook is working to make Messenger the place where you can do everything - and this, of course, comes in addition to Facebook forcing users across to Messenger by removing messaging capability from the main Facebook app entirely.

In itself, today's update to Messenger is interesting and adds a little more to the Messenger experience. But in a broader sense, and within the context of other changes, it's the next step towards building Messenger into a much more significant interactive platform.

The new Messenger updates are rolling out from today for both Android and iOS. Messenger SMS integration is only available for Android at this stage.