Oxford University's Reuters Institute for the Study of Journalism has just released their 6th annual Digital News Report, which has quickly become one of the most widely read and most valuable source of top-level data on digital news consumption trends around the world.

Having gone through all 136 pages, here's what I think are the most interesting findings:

1 Facebook is still the key platform - and its messaging apps are growing fast.

Chart 1: Which, if any, of the following have you used for any purpose/for news in the last week?

Chart 2: Which of these was the MAIN way in which you came across news in the last week?

3 It's consolidation time for smartphones and social

Chart 3: Which, if any, of the following have you used in the last week as a source of news?

One point to note about the Reuters data is that it comes from surveys conducted in 30+ countries. There are some limitations to this data - self-reporting is not always accurate, and the report leaves out entire regions of the world. However, other data sources, such as the Social Media Index, show the same pattern.

Chart 4: Which were the ways in which you came across news stories online? 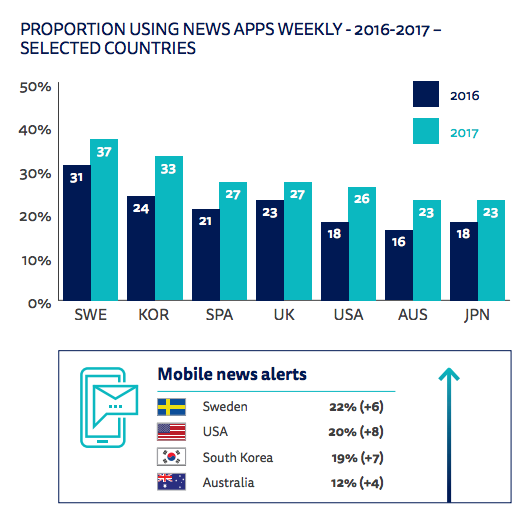 5 Many people have started to pay for news online - especially young Americans. Convenience was key.

Chart 5: Have you paid for online news content in the last year?

6 Millions of Americans already get news from their smart speakers

Chart 6: Do you use a smart speaker to access news? 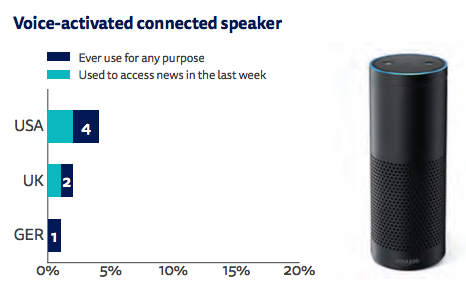 Chart 7: Do you follow any politicians on social media? 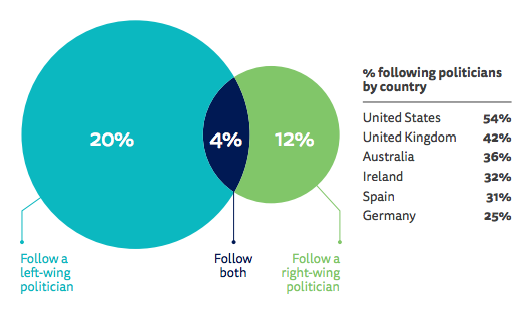 Finally, the report challenges two of the cliches that have come to dominate conversations in and about digital media.

[Note: All charts and images are from the Reuters Institute Digital News Report, and are republished with no changes made under a Creative Commons 3.0 policy]