At their annual Ignite conference in Florida, Microsoft has revealed some details as to how the company plans to integrate LinkedIn's data into their services. And while it's interesting to see the first steps Microsoft is taking towards utilizing LinkedIn's massive professional dataset - which is what it primarily acquired for $26.2 billion last June - the integrations, at this stage, are not mind-blowing. In fact, the key functionality they're talking up already largely exists.

The biggest announcement is that Microsoft is adding the ability to view LinkedIn profiles within Microsoft apps and services. 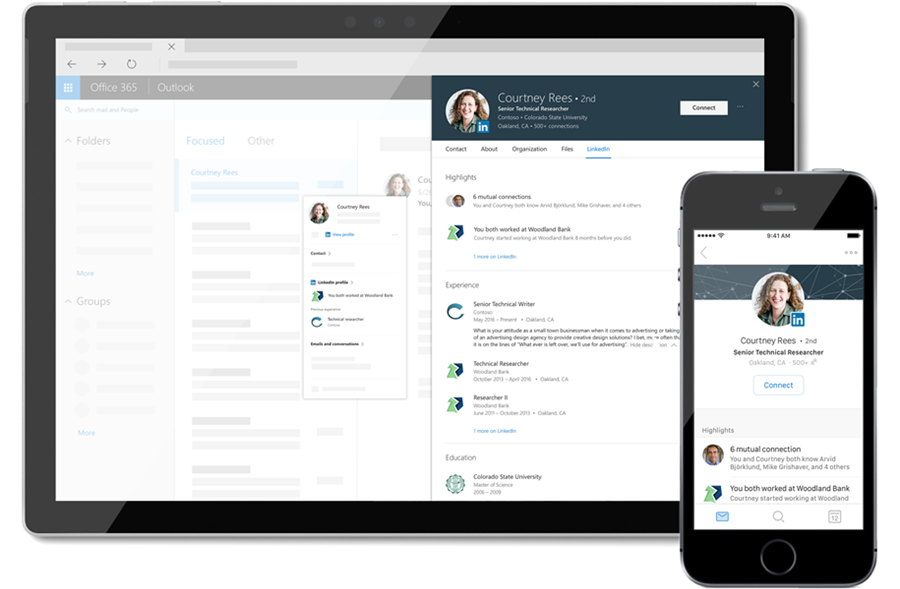 As you can see here, the new option will enable Office 365 users to quickly and easily see a contacts' LinkedIn details.

"After you connect your LinkedIn account to your Microsoft account, you'll seamlessly discover more insights within the Profile Card in your Inbox, your calendar and contacts lists. Simply hover over a contact's name to see information from their LinkedIn Profile, such as where they work, what they do, and where they went to school."

The option's aimed at utilizing LinkedIn's data to make it easier to connect, and provide context for conversation. Which is helpful, no doubt, but as noted, you can already do this to a large degree via existing extensions.

For example, within Gmail, using the free Rapportive extension, you can already get the same types of LinkedIn insights, right alongside the e-mail message. 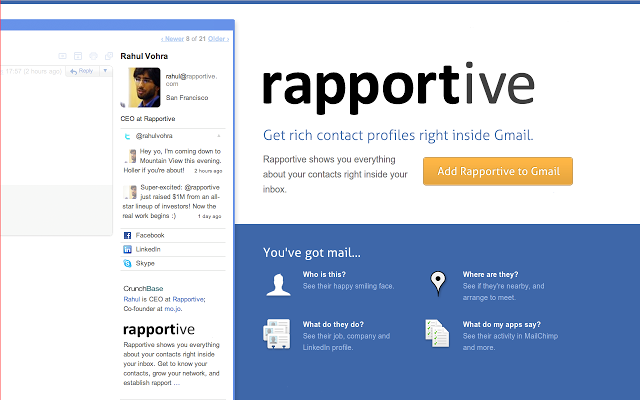 LinkedIn even has its own version of this for Sales Navigator subscribers - it's not as in-depth as the new tools on offer via the Microsoft 365 integration, so there'll definitely be more value there. But it's not as significant as you might expect from a $26 billion pairing.

To use the new LinkedIn insights within Microsoft 365 apps, you simply open a person's Profile Card and click on the LinkedIn match. You then sign into your LinkedIn account, and all of their information will be presented - everything if you're already connected, and all publicly available info if not.

In addition to this, LinkedIn has also announced that as part of the integration, Dynamics 365 for Sales users will soon be able to send LinkedIn InMails and messages directly from within Dynamics, while Microsoft has also noted that they're integrating the LinkedIn Graph with Microsoft's Audience Intelligence Graph. This will likely enable advertisers to use data from both graphs for campaigns across Bing Ads and LinkedIn.

Clearly, the integrations between the Microsoft and LinkedIn are happening, but they're taking a cautious approach. Rather than come out with major new targeting and advanced audience identification and specification options, Microsoft's looking at ways to blend in LinkedIn's insights, and use them to optimize their tools. And that makes sense, and will likely pay off in the long run, but given the size of the deal (the largest in Microsoft's history), it feels like there should be something more.

Indeed, the moves seem a distance away from Microsoft CEO Satya Nadella's initial vision that they would "make LinkedIn the social fabric for all of Office."

They're laying the groundwork, for sure, but it seems like something more significant must be in the works - maybe we'll find out more in the near future.

LinkedIn's integration with the Profile Card in Office 365 will start to roll out in the coming weeks.