Halloween is coming up, giving businesses a perfect time to create themed campaigns to tie-in to the event. As noted by Pinterest, Halloween is big business in the U.S., with spending on treats, costumes and decorations expected to rise 8.3% this year to a record $9.1 billion.

And a lot of people will be turning to Pinterest for ideas and inspiration. More than 220 million Halloween Pins are saved on the platform every year, making it the app's second most popular holiday (after Christmas), and a key destination for businesses looking to maximize their Halloween campaigns.

To help provide more context as to how people use Pinterest for Halloween, and what they're searching for this time around, Pinterest has developed a new, interactive haunted house to showcase Halloween content. 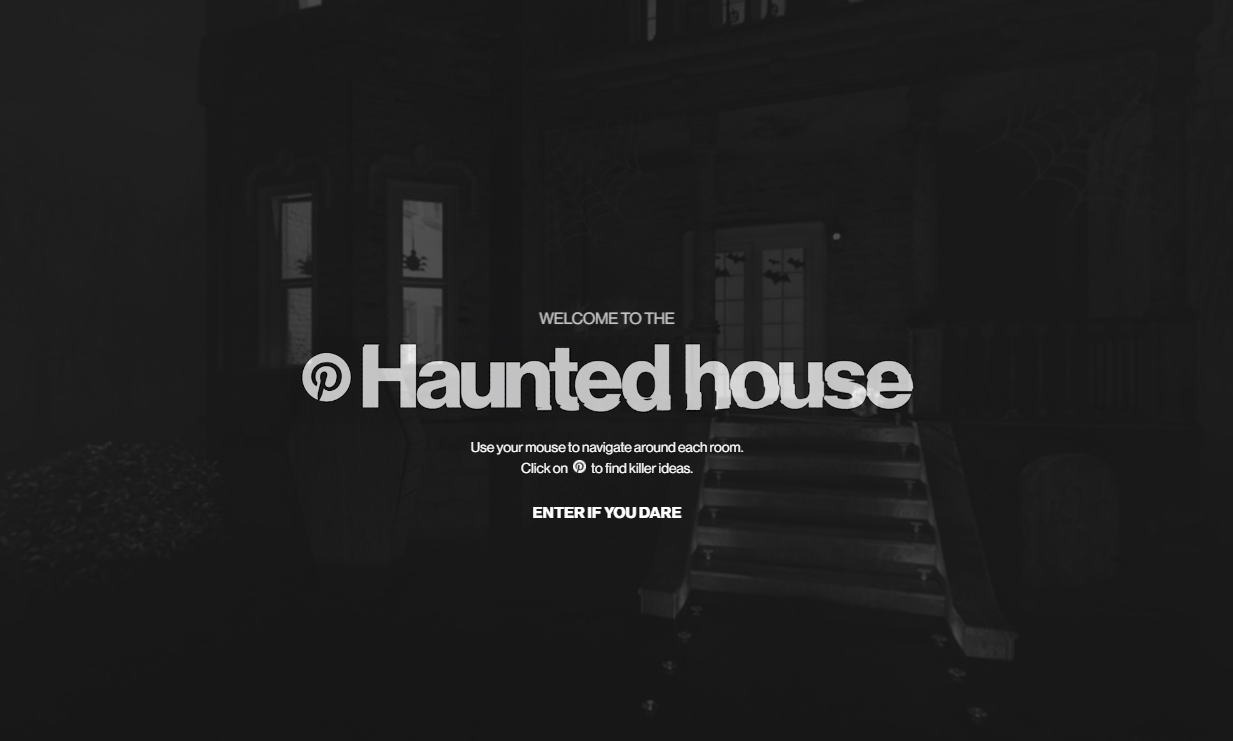 The concept is designed with mobile in mind, but you can view it on desktop PC too. How it works is, all around the house there are various items highlighted with a Pinterest Pin. 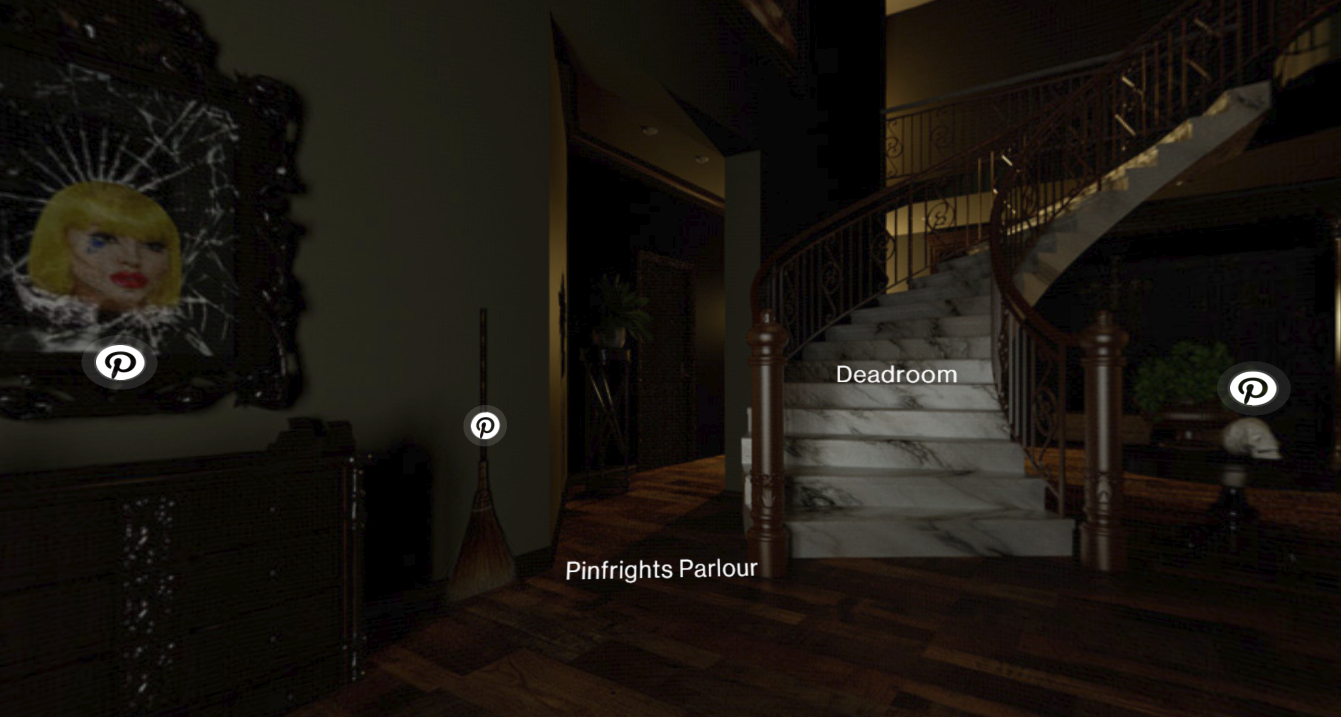 You can look around the scene by dragging your mouse on desktop, or simply moving your phone on mobile. If you see something interesting highlighted, you can click on it for more information. 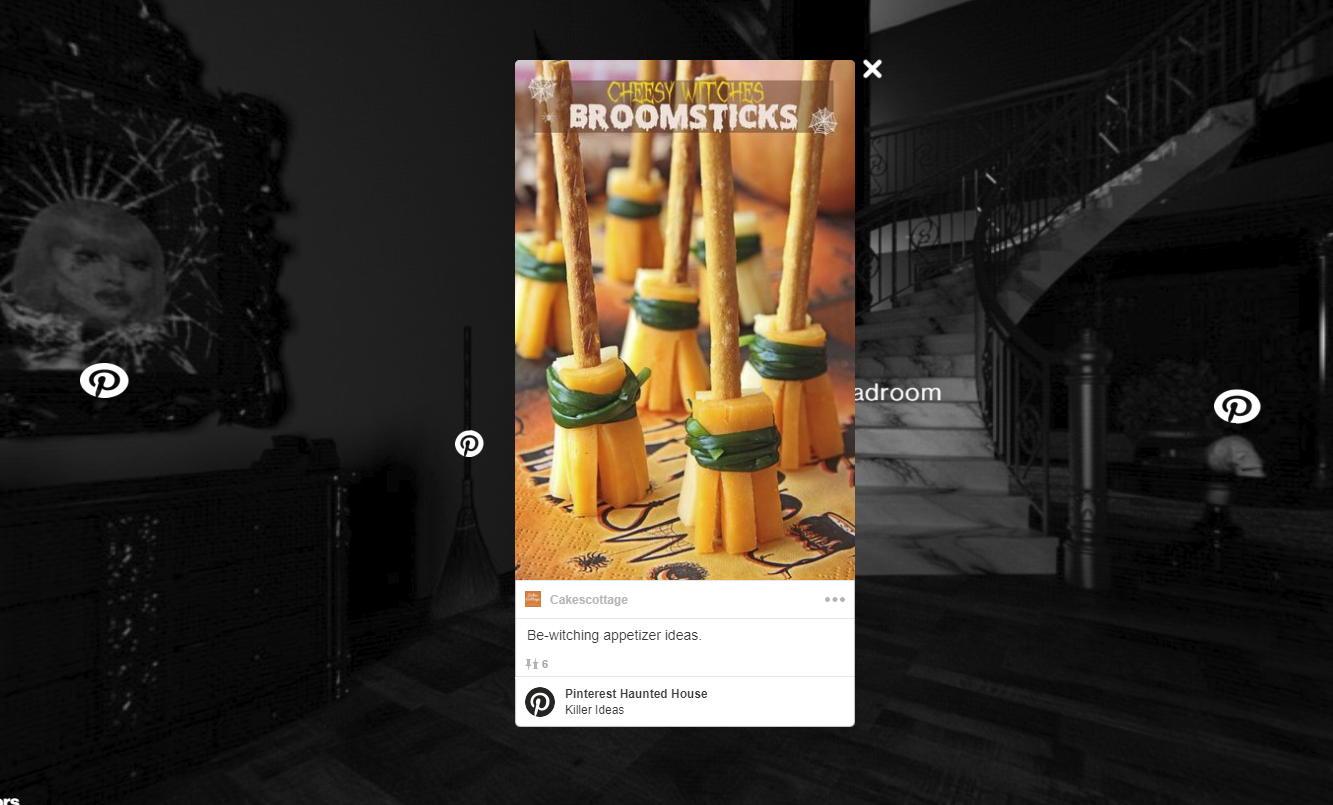 In itself, it's an interesting concept, a novel way to showcase Pin trends, harking back to old-school Sierra adventure games, where you need to explore the scene and find what you can interact with.

But more than just the presentation itself, the interactive world may also provide some hints as to how Pinterest envisions helping businesses showcase their content in future.

Along the same lines as Ikea's new AR app, Pinterest is looking to develop a tool which could incorporate their image recognition tools and enable users to virtually place objects on real world scenes to see how they look.

Pinterest flagged a similar concept when they launched their Lens tool earlier this year, blending online and offline discovery to help locate just the right item - but it could be that Pinterest may also look to a similar virtual functionality as they've showcased with their Haunted House as another means of display.

For example, what if Pinterest was to enable businesses to set up similar virtual homes, with pinned items tagged in each scene? The visuals could be real world images, a walk-through of a display home with a range of products clickable as you go through.

Similar options are already used, to some degree, by other retailers, but Pinterest could expand such capacity to more businesses, as they would take on the hosting and back-end tech elements, while it could also be of benefit to have your displays of this type on a platform where people are already looking, rather than trying to get them to your own site.

Add in the ability to virtually try items out in your own home after you've found them in the digital display house, and that could be a very powerful shopping tool.

Right now, Pinterest is only using the option to showcase Halloween ideas, but it is interesting to consider the potential of such applications, particularly if Pinterest sees good response to their Halloween promo.

You can check out Pinterest's Haunted House here.