It seems Snapchat is slowly coming around to adding more discovery and connection options within the app.

Long known for its secretive ways, part of Snapchat's appeal has been in its exclusivity, in its refusal to explain how everything works or to offer an easy way to find people to follow or connect with. Snapchat's not about that - as they note within the app "Snapchat is for friends", it's not designed to be a broadcast channel or a means to reach random strangers.

But there is value in following influencers - there's no point having all these celebrities posting exclusive content to the platform if you're not capitalizing on it, and giving users an easy way to connect, at least to these influential accounts, is key for Snap Inc. to boost engagement and maximize their opportunities. 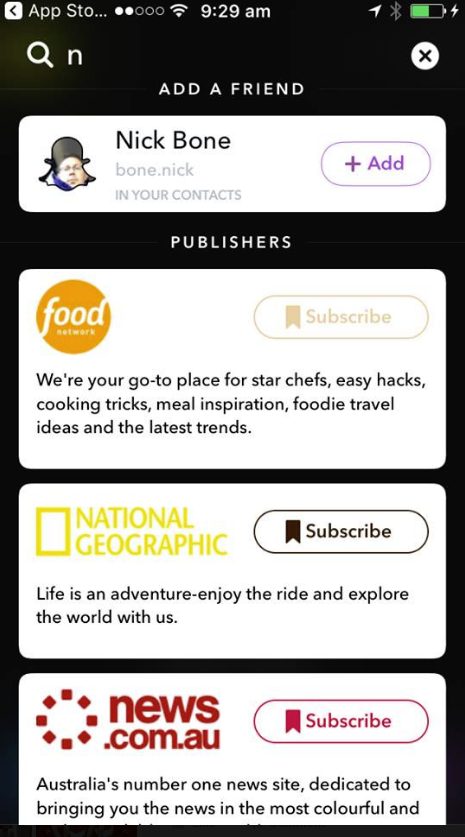 And now, Snapchat's added another discovery option, this time built into their Shazam integration which they announced back in December.

When you Shazam a song in Snapchat it now prompts you to add the artist on snap pic.twitter.com/FV5YUOM5t1

As you can see, now, when you Shazam a song in Snapchat, you'll also be given direct link to the artists' Snapchat profile. And given the popularity of musicians on Snapchat, and the fact that the people listening to their music are likely interested in the artist behind the song, the connection makes perfect sense.

The addition also highlights Snapchat's slow conformity to more mainstream, popular functionality. While I wouldn't expect Snapchat to adopt every option and tool available within other apps, now that they're a public company, and they have the increased pressure of shareholders and scrutiny, Snapchat will be under pressure to increase their key metrics. Thus far, Snapchat is angling the focus away from active users (the stat that's been killing Twitter) and more towards engagement per user - but even then, they'll still need to generate more activity and keep people on Snapchat more often to demonstrate growth.

In order to do this, Snapchat will likely need to investigate more measures like this to recommend people to follow and keep their users hooked. Historically, Snapchat has not gone to any effort to give precedence to platform creators (a decision which is driving many to Instagram), but that may have to change, while linking users up with popular, celebrity accounts through contextual recommendations, like this, will also likely increase as they seek to keep more eyeballs glued to Snap screens.

But then again, maybe Snapchat has other plans. The trick with Snapchat is that they're so secretive - no one knows exactly what Snap Inc. has in store.

As we noted recently, Snap Inc. must be aware of these challenges, of the pressures they'll be under, they must know that fighting Facebook, long-term, will be a losing battle without some major innovations in their corner.

If they do, then maybe Snap Inc. has other ways to keep users coming back. If they don't, you can bet we'll see a heap of smaller, engagement boosting features like this cropping up throughout the various sections of the app.