In case you don't know, video content is huge right now. How huge? Check out these two graphs from the recent Mary Meeker Internet Trends report which show the rise in video consumption on Facebook and Snapchat, respectively. 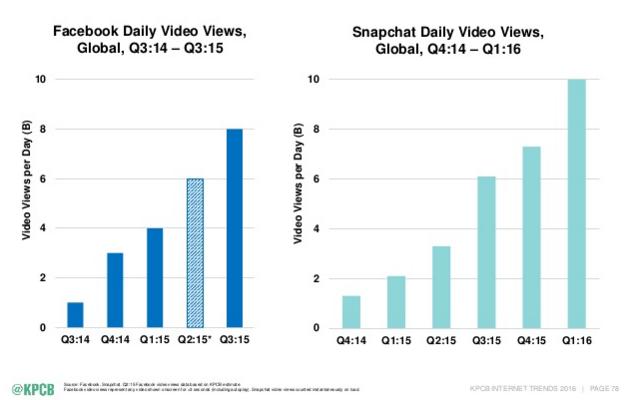 Facebook CEO Mark Zuckerberg has said he expects most of Facebook to be video by 2019. Video is the fastest growing online advertising category. Videos generate the best reach and response levels on social media platforms.

Given advances in technology, particularly in regards to network capacity, enabling us to consume video whenever and wherever we like, video has become the medium of choice for a great many people, and will likely remain in that position till we advance to the next level (in virtual reality).

But while there are now a heap of video creation options available, actually creating compelling video content isn't easy. YouTube knows this, and today, the Google-owned video platform has released a new tool to make creating branded video content a little easier.

Called 'YouTube Director', the new app acts as a guide to take you through the video creation process, providing templates and step-by-step instructions on how to make an engaging branded video. 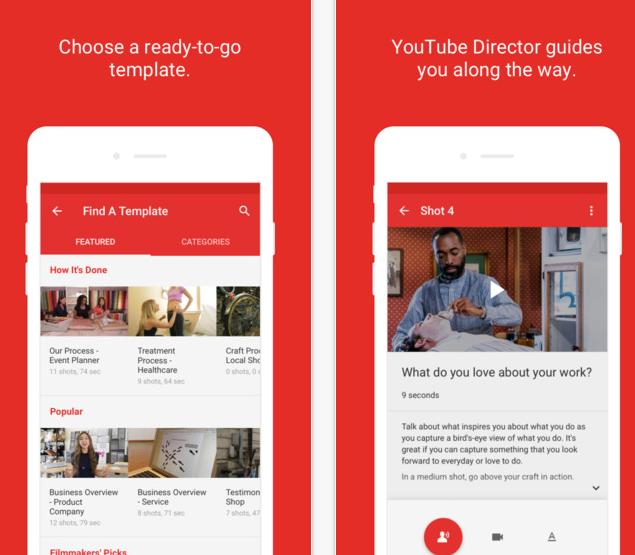 You can get an idea of the process from this clip:

And the finished product as a result of that process:

The app breaks down each video element to the second, using best-practice principles to keep your content on track, including simplified use of techniques like voice-over and graphic overlays. 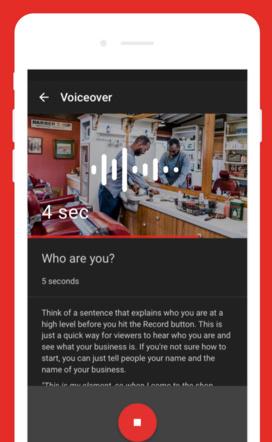 And, obviously, the ideal end-goal for YouTube is that you use your new video as an advertising option, promoting it across their network.

In addition to this, YouTube is also offering a new, free video creation service where a filmmaker will come to your business and help you in select U.S. Cities. Well, it's kind of free.

YouTube's also offering a service which can create a video ad automatically from existing assets like logos and app screenshots in the App Store or Google Play Store.

It's a smart move by YouTube, aimed at getting more brands to realize their potential to create compelling, resonant video content, even if they don't have the requisite skills themselves. That focus is highlighted in this promo piece for the 'YouTube Director' which challenges store owners to create a video ad in 20 minutes.

This is reflected in the usage stats for live-streaming app Periscope - while the app has close to two million daily active users, only around 3% of those people are actually broadcasting. This issue was noted by Meerkat's founder Ben Rubin in announcing the company's decision to pivot earlier this year:

While everyone has the capacity to create their own video masterpiece, actually doing that, in practical application, takes skill. The same can be said of any creative art form - anyone can paint, anyone can write, but there's a level of skill required to take it from marks on a page to art.

As such, YouTube's new tools definitely seem like a solid option, and one which will no doubt be taken up by many brands.

Back in March, Facebook launched a tool called 'Your Business Story' which takes static images from your Facebook Page and transforms them into a video, an offering along similar lines to YouTube's new tool. YouTube Director takes that to the next level, literally guiding you, step-by-step, second-by-second, on what you need to do to create a resonant YouTube video.

YouTube Director is now available for iPhones in the US and Canada.