On Meerkat's Shift in Focus and the Challenges Facing Live-Streaming

If there's one true, reliable factor in the social media space, it's that change is constant, and those who want to capitalize on these evolving platforms need to keep up. Over the weekend, the live-streaming app that started the trend, Meerkat, announced that it was shifting its focus away from live-streaming and re-focusing on a new type of social network, of which streaming will play a part. The pivot comes after months of speculation about the app - only last week, we noted that Meerkat had gone silent, with their once regularly updated blog going untouched since January 2nd. Due to the arrival of Periscope, and later Facebook Live, Meerkat was always in for a battle, and CEO Ben Rubin has now raised the white flag, conceding that it's a fight they simply cannot win.

Given the aforementioned speculation, the announcement comes as little surprise - but what was of particular interest were the reasons Rubin cited for the switch. Live-streaming's currently the darling of the social media marketing space, praised by 'thought leaders' and 'gurus' alike as the future, the next generation, the next evolution of connection via social networks. And while there's definitely some logical truth to those sentiments, Rubin's comments painted a different picture of the live-streaming landscape, one which somewhat contradicts the more popular and pervading narrative around user adoption and interest in the offering.

Maybe, as per Rubin, live-streaming is not yet at the stage where it's ready to become the next big thing. Here's why.

One of the biggest challenges facing live-streaming is that most people aren't actually that comfortable with presenting themselves on a live-stream. Back in August I wrote a post which touched on this issue, citing my own research which indicated that despite Periscope having more than 10 million users signed up, only 2.83% of their user base was actually, actively broadcasting, leaving the other 97% of their users as viewers only. That seems like a crazy number, but subsequent studies have supported those findings - research conducted by Horizon Media in April last year found that only 20% of respondents had any interest in using Periscope or Meerkat; a report from BGR found that, despite the hype, Meerkat never got close to cracking the top 100 downloads in the US iPhone download chart, making it less popular that "your average Croatian Flappy Bird clone"; and now, in his update to investors, Rubin himself has noted that:

As noted by re/code, Meerkat's broadcaster total peaked in May last year, hitting an estimated 100,000 for the month. And it hasn't grown since. Rubin says that finding an audience hasn't been the key issue, with Meerkat viewership still on the rise to this day. The issue has been consumer take-up - or, as Rubin says, "for most regular people - it has been hard to figure out when or even why to go live".

"Our assumption was that by reducing broadcaster's cost to broadcast to zero (no equipment, etc) we would be able to create a whole new class of live broadcasters like YouTube did with video and YouTubers. We always believed that it would take a lot of time, but we hoped we'd see more positive signs a year later. One thing we have learned is there is a very high emotional cost to being entertaining in a live format, and bringing on enough of a live audience to make it worthwhile is challenging too."

A Question of Taste

Signal-to-noise is the key challenge facing live-streaming as it seeks to move beyond its core advocates and into the mainstream. And it's the mainstream where the offering will provide the most value - if the actual process of live-streaming isn't a popular option, because people aren't comfortable with it or aren't having fun doing it, then the next point of value is in broadcasting, in helping those who are creating live-stream content to reach a larger audience.

Facebook knows this. Just last week, reports surfaced that The Social Network's looking to pay celebrities to use their live-streaming tool in order to build awareness and audience on the platform. That tactic will likely bear more fruit than trying to promote live-streaming to the masses - Facebook's strategy is more focused on the smaller number of broadcasters who are looking to use Live to reach a bigger audience, helping them do so by bringing more viewers via high profile creators. The strategy here will be to have celebrities posting more regularly, bringing more attention to Live via content of mass appeal, then filter that interest to other broadcasters by recommending other Live creators to follow.

This approach moves away from the initial approach to streaming, which was to give everyone a voice, with the change in focus at Meerkat highlighting that this approach, in itself, is not enough to sustain audience interest.

The fact of the matter is that live-streaming is hard. Creating entertaining, engaging live content is hard. There's a reason why very few celebrities perform well in live situations - there's not only an inherent risk in broadcasting live, but it's also hard to speak direct to the camera and maintain audience attention. Not many people can do it - to those who can, live-streaming is perfect, but to those who can't - i.e. the majority - the option is not likely to play a significant part in their future plans.

Part of the issue with live-streaming, and the surrounding hype, is that the people who are strong advocates for live-streaming and it's potential to change the way we connect, are, of course, influencers. They're the people who're willing to put themselves out there, the ones who are always on every podcast, every panel, who are more than willing to speak up as presenters and experts. And for these people, live-streaming is perfect, so it's no surprise to see them jumping out of their skin to talk it up and tell you how you need to be on it, how all brands, all individuals - how everyone needs to be streaming everything, right now. And because these people are influential voices - the people you turn to for advice on such matters - it seems like everyone's doing it, even though the actual engagement numbers present a different story.

This is partly due to majority illusion, a social networking phenomenon that can make things seem more popular than they are because the most connected users within a network are talking about them. 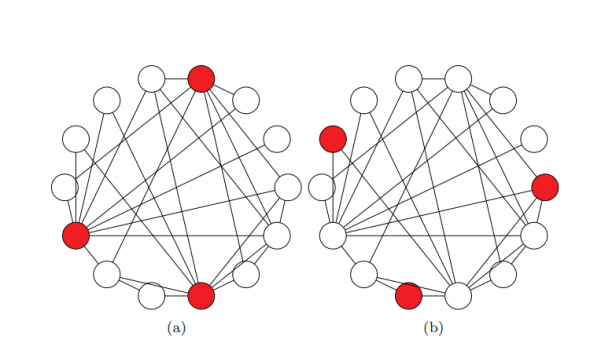 Now, that's not to say you should be writing off live-streaming - as with any social media tool and new option, it's worth considering how you might be able to use it, how it might be of benefit to connect with your audience via these new processes. But at the same time, it's not necessarily the thing either. If you can see a fit for your brand - personal or company - then definitely, there's great opportunity there, and there'll likely be increased chances to use live-streaming as a connective platform with Facebook putting more emphasis on it (and maybe, eventually, linking it up to people's TV screens as a new entertainment option).

But as noted by Meerkat's Rubin:

"1-to-many mobile live video is still in a state of infancy and a lot of its success depends on media, stars, or influencers. Their main currency is audience and viewership."

Live-streaming still has some way to go before it becomes a next level platform. At some stage, those early adopters might be on top of the heap, riding aboard the next wave of popularity and audience reach afforded by mastering such tools. But it'll take some time, and some refinement, before it becomes an essential piece of the wider social marketing puzzle.