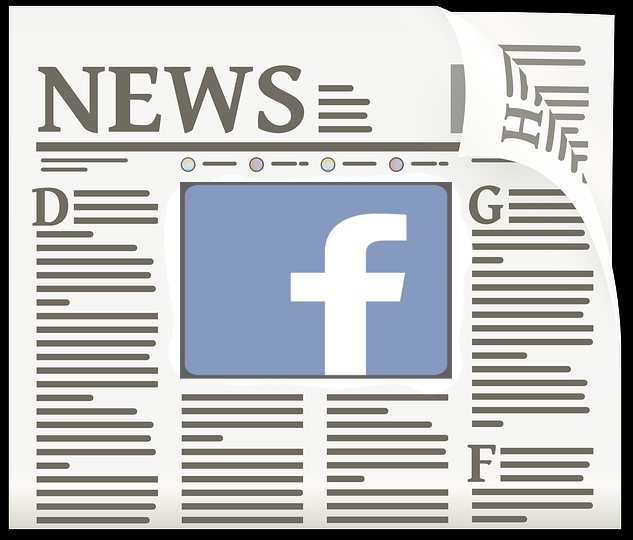 The next evolution of Facebook has been uncloaked - earlier this week, reports surfaced indicating that Facebook has been working with some of the world's largest publishers on deals to have them post content directly to Facebook, in conjunction with material published in their own publications. This would mean users would no longer have to click on a link to read the latest news story, keeping them on-platform longer, and enabling Facebook to capitalise on that attention through ads.

What's in it for publishers? Facebook is offering a share of ad profits for directly uploaded content. The beneficiaries of this arrangement are both Facebook and the publishers - Facebook wins because it gets to keep people on-site longer, while publishers win because they get a take of the profits. Such a system would also incentivise Facebook to distribute and promote that content to the widest possible audience - while much of the angst against Facebook in recent times has related to declining audience reach, this system would mean Facebook would want to help the publishers reach as many eyeballs as possible. So not only would publishers be reaching a larger audience - and Facebook has the largest active audience on the web - but they'd also be getting a bigger chunk of ad revenue as a result. Win-win, right? There's clearly a significant incentive for publishers to get involved, but there are potential 'imperial entanglements' that may cause some to think twice.

You Belong to Me

The biggest issue with this system is that posting direct to Facebook means you're beholden to Facebook's rules. If they choose to change the distribution algorithm or alter the terms of the deal, publishers would be tied to that, as opposed to having full control of their owned assets. Now, again, Facebook would be motivated to assist, because what's good for you is good for them in this regard, but as noted, many brands have lost out due to algorithm re-alignments before - organic reach for brand posts is now down in the single percents. That shift has caused many to re-assess their reliance on the platform, and will now make others second-guess becoming any more dependent on Facebook's reach and distribution.

The other element to consider is that by reaching more readers on Facebook, you'll likely be reducing the audience on your own website. This has significant implications for on-site ad revenue - will Facebook's deal offset the losses you might take as a result of fewer people coming to your site direct?

Regardless of the concerns, it's a deal some will find very hard to refuse, particularly now, in the early days of the process.

Why does getting in early matter? So, let's say you're one of the first adopters of the new Facebook system. Facebook will want to prove the process is beneficial, so they'll be looking to maximise every opportunity to get your content to your audience. If the system works, you'll be happy and others will join in. The problem is that as more sign-on, inevitably, that reach will be diluted - more content means more competition for attention, and Facebook won't be able to show as much to everyone. This is essentially the same argument Facebook has used to restrict organic reach - if each person follows so many pages, it's simply not possible for them to see every single update, every day, so reach has been reduced. More people signing on to the Facebook content process will effectively lead to the same result, so reach will be at a maximum in those early stages.

For the smart brand, getting in early could prove a clever, tactical move - if the system is a hit, you'll reach a huge audience, and their interest in your content could then ensure you keep reaching them, could build a whole legion of new followers and fans interested in your offerings. If you're of the opinion that Facebook's proposal is going to lead to them dominating attention either way, getting in early could be your best bet, and you can trust in the fact that many publishers are already looking at it from this perspective. Depending on how it plays out, early adoption could make or break a publisher in the long run, but of course, it all depends on how popular Facebook's platform is, and how the offering resonates with Facebook's audience.

What About the Data?

The other aspect to consider is publishing direct to Facebook would leave Facebook in full control of your audience data. Reader habits, topics, the types of content users consumer - all of this is valuable info that Facebook can then add to their databanks. Add to this the professional information they're gathering from Facebook @ Work and you can see how this move aligns to continue the expansion of their data gathering processes. Publishers, you'd expect, would still have access to a range of information about their readers on Facebook, but the information flow will be essentially out of your hands. Readership stats, audience numbers, all of these figures are crucial in understanding your audience and building the best possible model - Facebook would be in control of all of that. There are some concerns that the social network's vested interest may influence the accuracy or totality of the data they elect to share.

The possibility of publications posting content direct to Facebook is an intriguing one. Some are already suggesting it will be a blow to publisher independence - the more publishers come to rely on Facebook, the more influence Facebook can exert over how content is distributed and shared. Studies have shown Facebook already has the power to influence people's moods and opinions, giving them editorial control would only increase the network's ability to sway sentiment, if they so desired. That influence is significant, and is a serious concern in the wider scheme of things, but you can also see the benefits, the possibilities of such relationships between the media and the network, and how, in the battle for attention, this is yet another way for Facebook to win out and dominate the competition.

The success or failure of the proposal will really come down to how the ad revenue is split - if there's significant enough benefit for publishers to consider posting content direct to Facebook, you can bet it's going to happen, and that it has the power to change how media is distributed online. What would the implications be, for example, if a non-publisher decided to come on board? What if Coca-Cola was allowed to post their content and have Facebook help them reach the widest possible audience with their branded material? That could be a very lucrative option for Facebook, but would that cross the line between news content and branded material? Would that even matter?

It's an interesting development with significant implications. Only time will tell how it will play out.