Everyone's Talking About Snapchat - and There's Good Reason Why 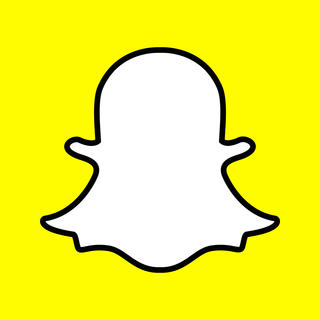 Whether you use it or not, whether you believe in it or not, everyone's heard about Snapchat. Founded by Evan Spiegel, Bobby Murphy and Reggie Brown at Stanford in 2011, the app with the ghost for a logo ('Ghostface Chillah' is his name, FYI) quickly rose to fame, mostly on the back of its popularity among teens. Snapchat's simple premise - sending photos and videos that disappear after being viewed - made it the symbol of a whole new generation of social media users, representing both the teen move away from the prying eyes of their expanding Facebook communities, and the new and risky fad of sharing naked photos among friends. And while 'sexting' wasn't necessarily a new thing, Snapchat became it's poster child, making it a monster in the eyes of many parents and a hero in the eyes of users.

But slowly, and gradually, Snapchat is evolving beyond its initial framing, announcing moves towards monetisation and incorporating new media partnerships. This week, Snapchat took another major step forward, with an announcement (according to CNBC) that it's seeking to raise $650 million in equity, valuing the company at a whopping $16 billion. But could it really be worth that much?

The Potential of Snaps

Back in 2013, Snapchat famously rejected Facebook's offer of a $3 billion takeover. Many said the move was crazy, even arrogant, and Snapchat CEO Spiegel certainly copped his fair share of criticism over what was perceived as an entitled attitude (Spiegel already had his fair share of critics stemming from his actions as a frat-member at Stanford). Since then, the company has grown significantly, with Spiegel reporting this week that the app now has 100 million active daily users viewing 2 billion videos per day. While these figures can't be independently verified, if those rates are correct, that would mean Snapchat's users are viewing about five times the amount of video content, per user, than Facebook's 800 million daily mobile user base. Given the massive emphasis on video content, that figure is very hard to ignore - in their latest earnings call, Facebook boasted 4 billion global video views per day - Snapchat's getting half of that with only 1/8 of the users.

Given these numbers, and the rising emphasis on video, you can see why investors see massive potential in Snapchat, but there's another area where Snapchat is winning, and it's equally, if not more, significant than their active user stats.

The Department of Youth

The latest data shows that millennials account for roughly 45% of Snapchat's user base. This is, by far, the biggest percentage among all social network sites - by comparison, millennials make up 16% of Facebook's audience. Expand that group out to include the 18 to 34 year old category - the most desirable demographic for advertisers - and you find that 71% of all Snapchat users fall into this category. 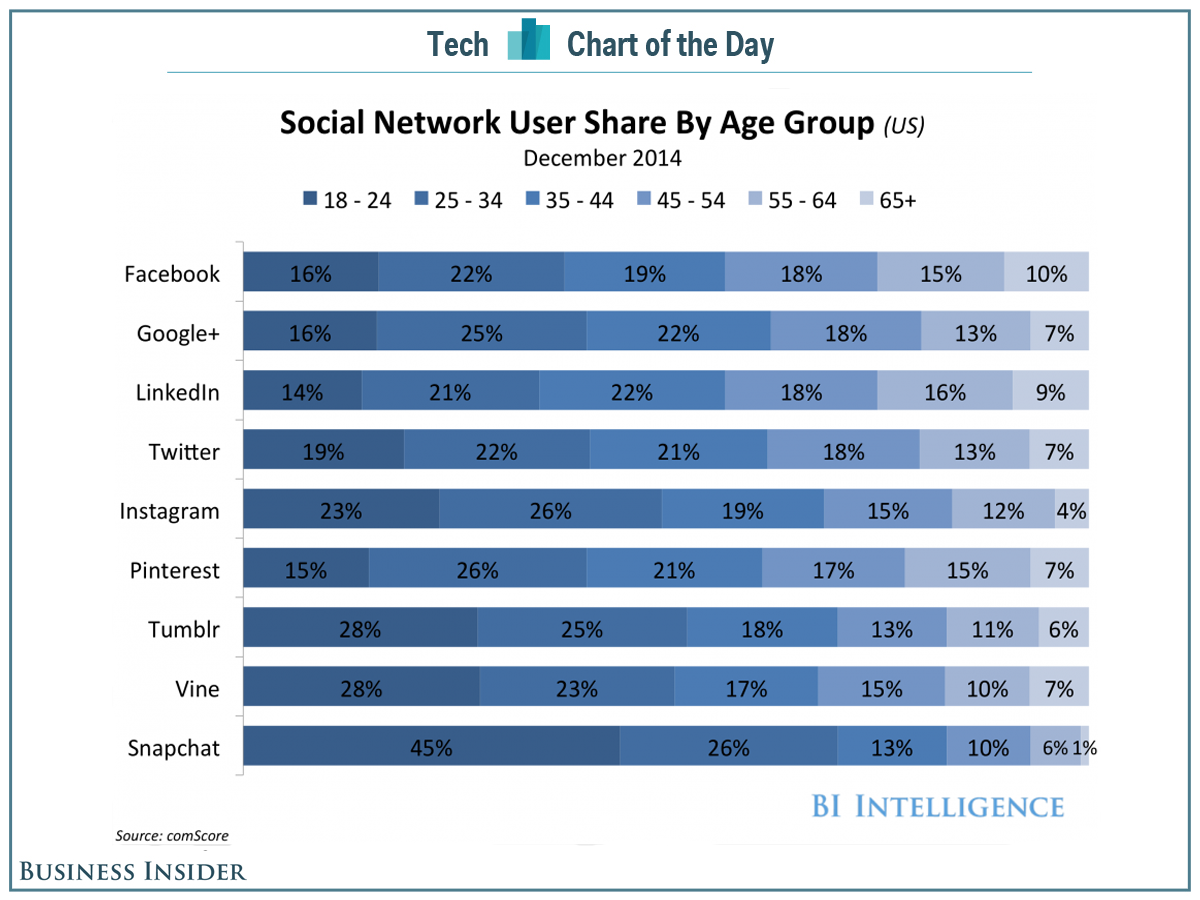 The numbers show that Snapchat clearly has the attention of the next generation - add to this the fact that 65% of Snapchat users are creating their own content and the data all points towards massive opportunity for marketers, and massive value for brands who can utilise the platform in the right way.

Though that, in itself, is a big question mark, and one which Spiegel and co still need to demonstrate.

Snapchat has been working on integrating ads and monetizing their audience for some time. Earlier this year, they released 'Discover', a creative way to integrate publisher content into the Snapchat experience. User-experience is something Snapchat's guarded very carefully, aware that being too intrusive could lose them audience quickly. So, rather than go for straight-up ads, Snapchat has sought to bring content to its users, giving them the option on whether they view it or not.

They reinforced this approach again recently, with the announcement that they're hiring a team of journalists to cover the upcoming US election campaign exclusively for the platform. Instead of pushing content towards their audience, Snapchat's seeking to integrate new approaches to content, ways of reaching audiences in new ways.

And they may be onto something - the move into becoming a media player and providing news content signifies, again, the changing face of the media, blurring the lines of what we've traditionally understood the audience/provider relationship to be and moving with the ways in which people consume news content in the modern age. Time will tell if this pays off, but given their success thus far, you can understand market enthusiasm around this approach - though $16 billion is certainly a lot of enthusiasm to seek.

The Future of Media

In many ways, Snapchat is representative of a greater shift within the wider media landscape. While they've not yet proven this'll be a successful business model, the latest valuation shows that there's growing belief that this is the way media consumption is headed. Whether you're on Snapchat or not, whether you see use for it or don't, it's clear that Speigel and his team are onto something, and ignoring it outright is likely not going to be a sustainable approach, long-term. While the social media landscape shifts and changes, it's the platforms that get solid buy-in from younger demographics that tend to stick, the platforms that become integrated into the very fabric of how younger generations connect and interact. Winning in that sector sets up long-term success, as that familiarity and utility becomes engrained and embedded.

Right now, Snapchat is leading on this front, and as noted in this post by Matthew Ingram for Fortune:

"...there's a lot of potential for Snapchat to become one of the primary ways that younger, mobile users get information about news and politics. Traditional journalists and media outlets may find that disturbing, but it's happening. You can either learn from it, or you can become irrelevant."

It's worth paying attention, and considering how Snapchat might apply to future marketing and outreach strategies.