Published May 30, 2015
By
Andrew Hutchinson Content and Social Media Manager

One of the announcements from Google's I/O conference, being held this week in San Francisco, was the unveiling of a re-vamped Google Photos app. Google's Photos has long been tied into their oft-criticised social network, Google+, and many saw the announcement as the latest step in the slow dismantling of what was to be Google's Facebook rival. Google+ may not be dead, but it's dying - but is that exactly true. Just this week another Google exec, Bradley Horowitz said the platform is not dead: "...in fact, it's got more signs of life than it's had in some time,' Horowitz noted. So is Google+ actually dead? And if it is, what does that mean for the platform as it currently stands?

A Brief History of Time

Google+ was launched in 2011. It was Google's fourth attempt at a social network, following Google Buzz (2010-2011), Google Friend Connect (2008-2012) and Brazil-originated Orkut (2004-2014). Google incorporated many features into the platform, like Hangouts on Air, Circles for grouping connections into sub-sets and communities, and top of the line photo and image support and storage options.

Active user numbers for Google+ rose rapidly, hitting 540 million within two years of launch, though studies showed that despite those big numbers, few people were actively engaged on the platform. A Nielsen study in 2013 found users were spending an average of 6 minutes and 47 seconds on the site, compared to Facebook where users were spending 6 hours and 44 minutes. Despite many efforts to integrate Google+ into the wider social media experience, the platform was never able to catch on with a significant audience, and in April 2014, when the exec in charge of Google+, Vic Gundotra, left the search giant (and staff working on the Google+ project were reportedly moved onto different projects) rumours ramped up that Google+ was no more. It was just a matter of time till it was shut down for good.

The Power of Community

There are many in the social media and digital marketing communities who still praise the power of Google+. Well-known social-folk like Mike Allton and Mark Traphagen talk-up the value of the communities and connections they've been able to foster on Google's network, and many social media marketers still use Google+ due to the correlation between Google+ content and SEO. The general consensus among regular users is that while there is more of a learning curve with the Google+ network, there's huge value in Google+ communities, many of which are populated by very well-informed and intelligent contributors.

Given this, and additions like enhanced search result matches and Google Authorship (which was effectively shut down at the end of last year), there still seems to be a fair bit of value in Google+ as a platform. So if Google+ is dead, would Google just abandon these elements? 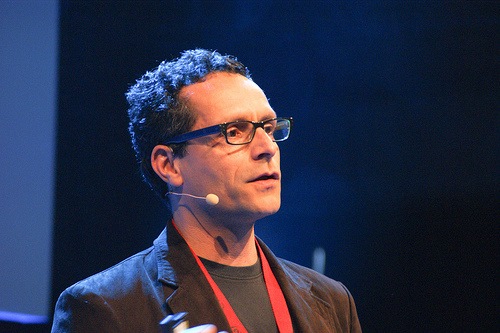 This brings us back to Google I/O and the announcement of the new Google Photos app. The separation of Photos into its own app supports the rumour that Google+ staff have been shuffled into other areas of the business. But in an interview published on Medium earlier this week, Bradley Horowitz said Google+ isn't dying, but it's 'adjusting'. Just this month, Google+ added a new feature, called 'Collections', a Pinterest-style content-sorting option in which users can group images and posts together by topics. This addition, according to Horowitz, highlights how the platform is changing based on user demand:

"Three and a half years into this journey, we're looking at what the users are telling us Google Plus is good for, and doubling down on those uses. For instance, one particular use-case on Google Plus is people aligning around common interests. If I'm interested in astronomy and I want to meet other people interested in astronomy, we think we have a good solution - Collections, a new feature that we launched just two weeks ago. It's the first in a series of pivots. We're also moving aside the things that either belong as independent products, like photos, or eliminating things that we think aren't working."

So, rather than killing off the service, Horowitz says Google+ is being improved, revising out-dated strategies and aligning better with what the Google+ community has been asking for, as opposed to trying to be everything all at once.

"It's fair to say you're about to see a huge shift in what Plus is becoming," Horowitz said - though this, of course, may just be towing the company line.

This does, however, seem like a logical move - while the numbers indicate that Google+ engagement isn't high, in relative terms with, say, Facebook, they do show that there is still engagement there. Independent analysis found that only 0.3% of all Google+ profiles have made public Google+ post in 2015, which doesn't sound great, but that 0.3% equates to around 6.6 million users - "that's 367,000 users posting daily if each posts only once". It's no major player, but it makes sense for Google to work with what they have, rather than abandoning the network completely.

What's Next for Google+?

Horowitz statements on Google+ are the most detailed made by a senior Google representative about the platform since the departure of Gundotra last April, and they'll likely provide some assurance to Google+ supporters that the network isn't going to be shut down any time soon. While the announcement of Google Photos and the separation of what were once Google+ aligned features always sparks declarations of the platform's demise, the likelihood is that Google+, and the many engaged communities on the network, will remain in-place and continue on for some time to come. We may see less innovation on the platform, fewer features being introduced, but based on Horowitz's outline, what we're likely to see is Google+ becoming more refined and attuned to the needs of the users currently engaged with the platform.

In the end, that strategy may prove to be a winner, as improving user experience in the areas where they're seeing engagement may lead to more growth in those areas - most social networks fail when they come in as direct challengers to the established players, as opposed to differentiating themselves by adding a new angle or serving a significant, alternative function. Google+ found this, just as other players like Ello and Tsu have found since, but working with their engaged user-base, Google+ could find a new life.

So should you forget about Google+? No. If you're seeing engagement on the platform, if you're reaching an audience with your content, then definitely, you should stick with it - and who knows, over time you may see the functionality of it improve in-line with that engagement. There's still question marks over the SEO value of posting to Google+ (in my experience there is a correlation), and that adds an additional level of interest in posting to the network, but the true value of Google+ lies in those communities, where the real engagement is happening.

Despite all the proclamations and declarations, Google+ is not dead. And while it's no longer likely to become the next big thing in social networking, there is still value to the four year-old social network. The latest moves and announcements suggest there is still life there - and really, it's your audience that will dictate the amount of time and effort you spend on the platform. If that's where they are, that's where you need to be.