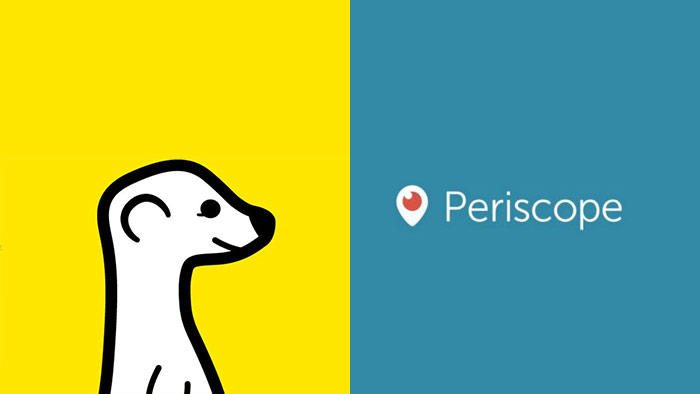 Have you live-streamed via Meerkat and/or Periscope yet? They can be great fun, generating a heap of engagement opportunities, and they can help build brand by providing an insight into the world in which you operate. But there is one thing you do need to be aware of when live-streaming - it's not as easy as it looks.

I've kept a close eye on real-time streaming greats like Brian Fanzo, Vincenzo Landino and Gary Vaynerchuck since the launch of both apps and have taken inspiration from their efforts, and one day, when I was feeling particularly pumped up, I decided it was my time. I launched my first Meerkat stream. It was horrible. I had no plan, I decided to try and wing-it, figured I'd talk about what I was working on, give people an insight into my world, etc. Then the stream went live and it was just me talking to my iPhone in my study. And suddenly felt very real. A few people commented, not many watched, and I fumbled through about 5 minutes, trying to come up with interesting things to talk about, boring and confusing everyone (including myself) in the process.

As with anything, live-streaming, while an amazing addition to the social media and content landscape, is not as easy as the greats might have you think. I found myself thinking back to this experience when I read the latest data from eMarketer, which shows that only 21% of respondents expressed an interest in using Periscope of Meerkat. This findins was among various other interesting insights into the new world of the live-stream.

First off, a disclaimer - eMarketer's live-streaming study was conducted in April, before Mayweather/Pacquiao fight which many saw as a coming out party for live-streaming apps. But even then, Meerkat had been launched in late February, giving it a good 6 weeks of operation coming into the report period (Periscope launched in late March, which might help explain why only 6% of respondents had heard of Periscope, while 9% had heard of Meerkat). Aside from the headline finding that only around 20% of respondents, overall, expressed any interest in utilising live-streaming apps, the report also found that those responses varied significantly based on age groups - 50% of 18-34 year olds said they had used or would use Periscope or Meerkat. That number dropped to 25% for 35-49 year-olds, then again to 16% among those aged 50 to 64.

The report also looked at the reasons why people would be interested in using live-streaming apps, with the fact that the apps are available for free being the main motivation, resonating with 59% of respondents. The second highest response came for 'it's an easy way to share live events in real-time' at 43%, with 'it's a new way to see what's going on in the world' getting 42%. While the perception of live-streaming apps is likely to shift over time, it's interesting to note that getting something for free is still a big motivator, at least in the initial stages of app rollout. It makes sense, of course, who doesn't like getting something for free, but it's interesting to see this was the top reason among respondents as to why they would consider giving live-streaming a try.

Part of the Establishment

The conclusion at the end of eMarketer's report was that Meerkat and Periscope still have a way to go before they'll be able to match it with the heavyweights of the social media world, with such low levels of recognition amongst internet users - the aforementioned awareness figures of 9% (Meerkat) and 6% (Periscope) pale in comparison to other well-known apps like Instagram (75%), Snapchat (59%) and Vine (44%). While it's definitely true that both apps have not yet reached critical levels of awareness, the comparisons seem slightly unfair - Instagram has more than 300 million monthly users, Snapchat's been the subject of many press reports in recent times, and Vine launched in January 2013. All three have had some time to establish themselves, and while Meerkat and Periscope are not at those same levels yet, it's probably a little too early to be making negative associations with their rates of awareness.

Meerkat, as an aside, currently has more than two million users, according to founder Ben Rubin, while Periscope hit one million users in its first ten days, and continued to outperform Meerkat in comparative tweet links (data via Topsy).

Overall, the eMarketer stats are not overly surprising. At the end of the day, live-streaming apps are not for everyone - and as with my experience, it's harder than you might think to create a compelling, interesting stream of content that people are going to want to watch. Given than, it wouldn't surprise me if there wasn't a huge amount of people willing to try live-streaming for themselves, but I suspect, over time, a growing number of those same people will come to these apps to view content, as opposed to create it. It's possible that that framing of the question may have played a part in the response to eMarketer's survey - maybe the question should have been separated into 'Would you use Meerkat/Periscope for live-streaming?' and 'Would you use Meerkat/Periscope to view content?' I suspect the responses would vary significantly to each.

Either way, the enhanced connectivity of live-streaming, and opportunity for connection offered by live-streaming apps, is something that cannot, and should not, be ignored. Live-streaming provides a new angle, a new way to experience major events that we've never had before. Really, live-streaming is just waiting for its big moment, a large-scale event that will open the wider world's eyes to the power of the medium. When that happens, you'll see awareness of the technology lift, and no doubt it'll quickly come into the mainstream.

Live-streaming is a great addition to the social landscape. Regardless of whether you go with Meerkat or Periscope (or something else that comes along), it's worth getting in and making yourself aware of how it works, getting your mind thinking on what's possible. My only advice is to go in with a plan - there's nothing more uncomfortable than seeing an uncomfortable person fumbling his or her way through some mis-guided rant.