Can't Think of a Good Status Update? Facebook Will do it For You 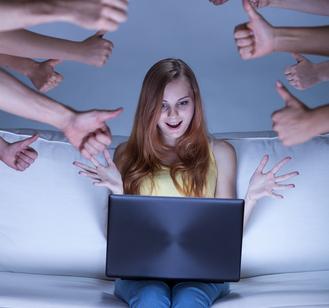 Ever find yourself wondering what to post on Facebook? Sometimes you want to say something, something witty and clever, something that might get you a few Likes and boost your day, but maybe you don't know what it is, what you should be talking about? Don't worry, Facebook's got you covered - already playing a significant part in your day-to-day interactions, Facebook's now looking to take the burden of thought off you also, by providing prompts in the status update field on trending topics and subjects of interest that you might have thoughts on.

There have been various reports in the last month of Facebook users seeing topic prompts in their Status Update field. In one example, reported on Social Times, the user was shown a listing of suggested topics, in the form of hashtags, that he/she may want to talk about.

In the another example, a user was prompted with an opaque message in the Status Update field which said 'The Cavaliers are playing today. What's on your mind?' - with a basketball emoji at the end of the sentence for good measure.

There's something a little concerning about this update. While some may appreciate the prompting, it seems to somewhat go against what the principles of social media are about. A fundamental element of social is the sharing of thoughts - your thoughts, my thoughts, the things we're thinking about and which are affecting us. While you could argue that prompting like this isn't necessarily guiding the conversation, it kind of is, and in a wider sense, what if brands were given the option to buy these prompts as a service, thereby inflating discussion about their offerings by prodding Facebook users to do so?

What if political and activist groups were able to do the same? Angle a message the right way and you might be able to skew opinion in your favour.

While it could be said that this is just a minor nudge, that these are likely topics of discussion either way and this is just another means of generating discussion online, there's something that feels a little uncomfortable about Facebook doing your thinking for you. As noted on by Natt Garun on The Next Web, such prompting might amplify the "amount of useless status updates from people who need something to post". Really, what we need is more diversity, more people contributing their opinions and thoughts to generate discussion about a wider array of topics, not more people commenting on the issue of the day.

That said, this update, which has only been remotely reported, so it's only in low-level test mode, is somewhat in-line other notifiers like 'Trending Topics', which are now present on both Facebook and Twitter. Is feeding those topics directly into Status Updates really that much different? In my opinion, it is, and it'll be interesting to see whether this feature does get a full roll-out, or if it falls by the wayside.