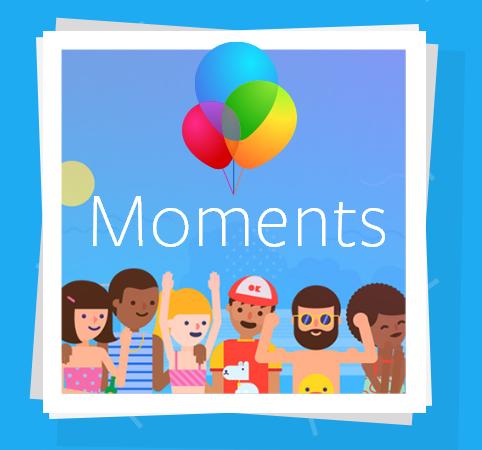 Ever been out at an event with a group of friends, taken a heap of photos and wanted to share those images with just the people you were with? You can do this on Facebook, of course, you can post the images on your page and tag them, or you can set up a group or event page to share those pictures with those friends who were in attendance, specifically, but getting everyone to join a group can be a challenge and posting them on your page means all your friends will see them. This is a common issue raised by Facebook users, so much so that Facebook's Creative Labs team have come up with a solution - a new, standalone Facebook app called 'Moments'. Yes, that's right, another Facebook app for your phone, but will this one soar like Messenger or fade like Slingshot?

Facebook Moments is effectively a private sharing device for your photos. It operates independently of Facebook, so you won't be sharing photos with all your Facebook friends (unless you opt to), enabling you to pick and choose specific groups and users you want to share images with.

Once installed, Moments will scan through the photos in your camera roll and sort them into sets, grouping photos from locations and events, or of specific people or groups. Moments uses facial recognition technology to match the people featured in your photos with those in your Facebook friends list and prompts you to sync relevant photos where those friends are featured. You can then select which photos you want to share, press 'Sync' and those connections will receive a notification that you have photos to share with them. This then becomes a collection that you share with these people - if they also have photos they want to share, they can sync those images to the same collection, creating a combined, private album that only you and those connections can see. 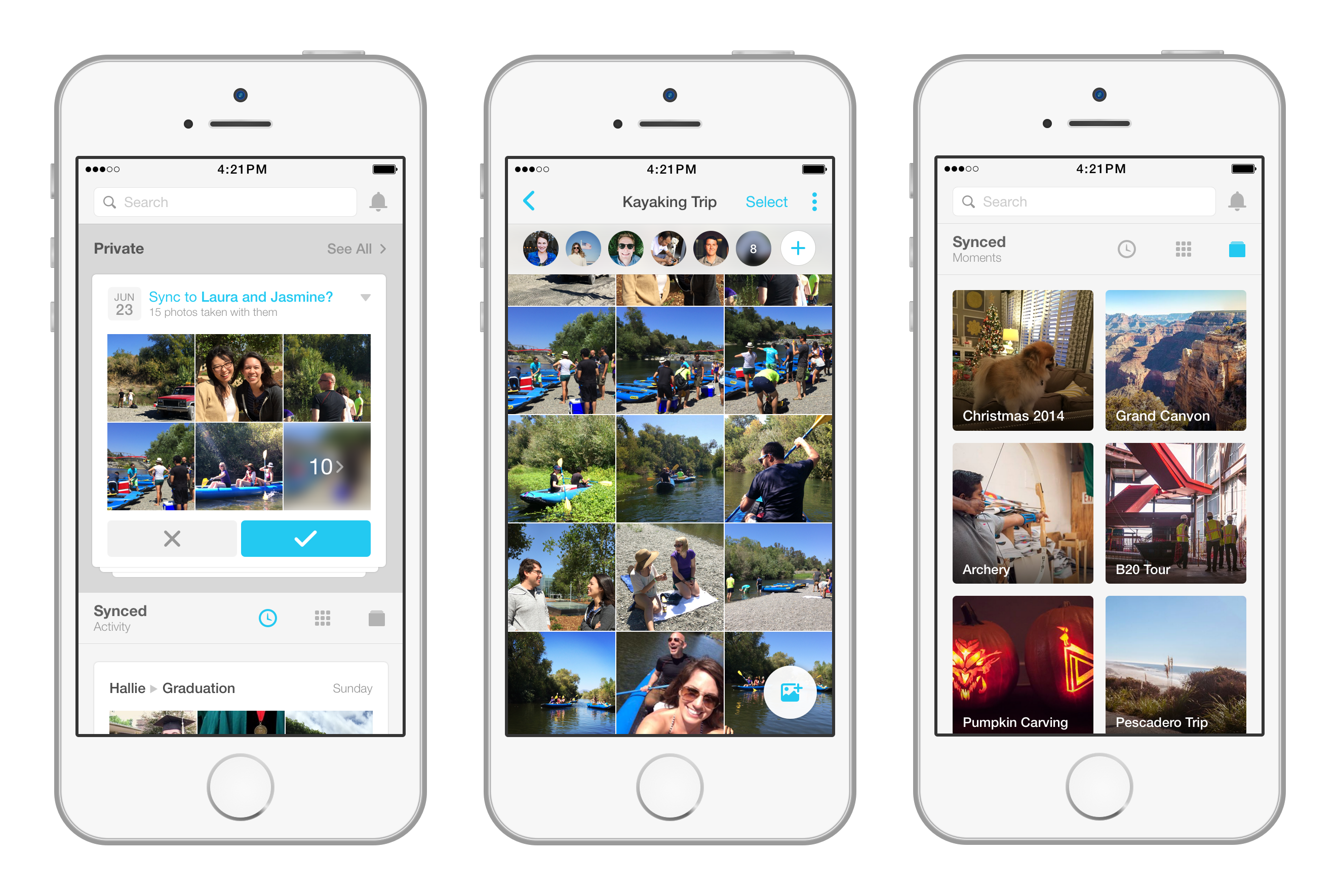 If the users you choose to sync with have the Moments app already, they'll receive a notification in-app that you want to share images with them, but if they don't have Moments, the users will be notified via Messenger that they have photos waiting to be viewed in Moments - this inter-connectivity will no doubt boost downloads of the app, particularly in its initial phases (hard to resist a notification telling you there are images of you somewhere, you'll probably wanna' check them out and approve or veto them from further distribution).

In some ways, Moments sounds similar to Google's new 'Google Photos' app, which also uses image recognition to group and categorise your content, but the focus of Photos is more on storage - Moments doesn't store your photos on Facebook's servers unless you sync them with another user, so it's less about creating a saved database of your images and more about making the sharing process easier.

The product manager in charge of Moments, Will Ruben, has said their goal with the app is to create a private photo sharing space for Facebook users. At any gathering or event, groups of people might take hundreds of photos between them, but many of those images will never make it off people's phones, even if they say they'll send them around. There are various reasons for this, but one of them is no doubt the fact that when these images are shared on Facebook, they're viewable by everyone. Moments removes this element, enabling users to create very specific groups and share images with only those people.

According to Ruben, Moments is "a place where you and only specific friends can see photos you all took together. That audience is a pretty different audience than the audience you would share with on Facebook."

Having that additional control adds a level of intimacy, of grouping around the memories of an event, shared only by those in attendance. When you consider the amount of photos you take - and how many you then subsequently share - it's clear that there is potential for Moments to build a more resonant culture of sharing within specific groups, though much of that will depend on how reliable the image sorting and recognition options are, and whether people feel compelled to add a new process to their current photo sharing process.

"Do You Recognise This Face?"

As with any automated system, image recognition is still a highly flawed process. Computers struggle to ascertain finite details, leading to a range of fails that are shared and lambasted across the social sphere - just weeks ago, the web was awash with confused images from Microsoft's age-guessing app, which both discredited and promoted the app in equal measure. Already, early reports have indicated that Moments is not that great at recognizing the faces of friends, which will no doubt lead to a range of jokes, and potential controversies, as the app tries to come up with the most logical connections based on its analytical capacity. Its location and event tagging abilities have also been questioned, with the app sometimes grouping unrelated images and events. Image recognition is an ambitious feature to add, and it may not end up working in Moments' favour - but then again, the success or failure of Moments won't necessarily rely on its prompting of users to share and tag based on image content.

The real challenge for Moments will be whether people find a use for it. Facebook has noted that sharing of photos from events has been a specific pain-point, which is why they've developed Moments. Gathering all the photos from an event or taking several versions of the same group shot, annoyances like this could be solved with Moments, as you'll be able to sync all your images up with all other attendees easily, but is that enough reason to inspire users to use a whole new app, in addition to their current Facebook experience? And while you can share direct to Facebook from Moments, adding a new step in the photo sharing process for this purpose may not be enough to get users across.

Another concern with, and possible hurdle for Moments is that once you've shared your images with a private group, you have no control over what those users do with those images next.

Time will tell whether users will rally around Facebook's latest offering, but maybe, once Moments scans through your images and prompts you to sync with friends, you might find there's a heap of memories that you've not shared, a heap of collaborative nostalgia that you're leaving dormant in the reaches of your camera roll that could be shared for the greater benefit of all involved. Or maybe there's just a heap of awkward images you'd rather not let anyone see, ever, and Moments just serves as a reminder of those.