#InstaActivism - How Instagrammers are Using the Platform for Social Good

One of the most critical elements in the rise of social media is empowerment. Social media gives everyone a voice, a platform from which to express their thoughts and opinions. Through social media channels, you can add your perspective to the wider, global conversation and have your voice heard. This is the true power of social media connectivity, and while not everyone uses social platforms to contribute to trending issues or societal initiatives, there are many examples of those who've been able to institute positive change via social networks. And lately, Instagram has shown up as the network of choice for those looking to get their message heard.

This week, pop star Miley Cyrus launched #InstaPride, a campaign she's championing in association with her charity 'The Happy Hippie Foundation'. Cyrus' Foundation aims to "rally people to fight injustice facing homeless youth, LGBTQ youth and other vulnerable populations". Through #InstaPride, Cyrus is using her celebrity platform to help transgender and gender-expansive individuals to share their stories with the world. 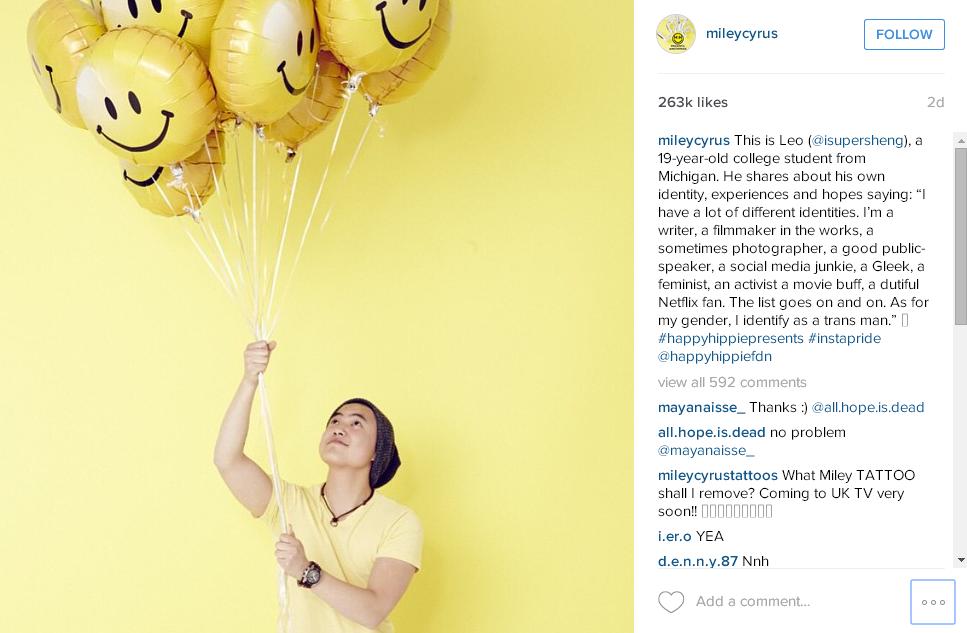 The aim of #InstaPride is to raise awareness and acceptance of people across the gender spectrum. Cyrus is working with Instagram directly on the campaign, which will run for two weeks, sharing stories of LGBTQ youth and expanding the conversation on gender identity issues through the use of the #InstaPride hashtag.

While Cyrus, the performer, is not to everyone's tastes, it's great to see a celebrity of such status using her social media platform to raise awareness of significant societal concerns. Cyrus has been working to highlight issues relating to vulnerable populations for some time, most notably when she took homeless youth Jesse Helt to the MTV VMAs last year. Cyrus has more than 22 million followers on Instagram, a huge base from which to share her message, and given the popularity of both Instagram and Cyrus among younger demographics, the pairing is a powerful way to share a positive message and help bring attention to such issues.

As Instagram continues to rise in popularity and engagement rates, so too does it continue to attract the attention of marketers keen to capitalize on that audience. This also makes it a powerful platform for charity organizations and nonprofits, though many are unsure how to utilize the image-based social network to best effect. Dan Cohen, founder of Gramming for Good, recognized this, and is seeking to connect socially conscious Instagram users with charities and nonprofit groups, giving users the opportunity to support causes through their Instagram posts, and organizations the opportunity to gain increased exposure through collaborative partnerships. 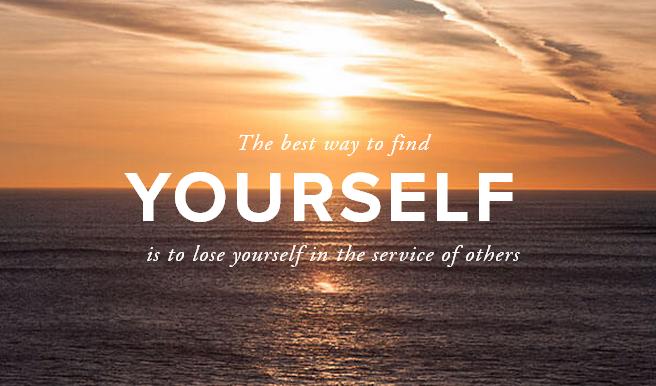 The system works in the same way that brands partner with Instagram users - from the Gramming for Good website:

"We connect nonprofit organizations who are looking to tell their story through their Instagram feed, with Instagram photographers who want to offer their services and give back to a cause they are passionate about. "

Gramming for Good essentially acts as the conduit between the organization and the Instagram user, facilitating connection to provide opportunities for creative collaboration. The benefit of this grouping is reach and content for the organization, and exposure and access to wider audiences for the individual.

On the lesser end of the spectrum - though definitely within the wider realm of 'social good' - Los Angeles resident and mobile make-up artist Andria Farrell has seen a lot of poor efforts at car parking in her travels. "Outrageous" is how Farrell describes the parking situation in LA, so rather than just accept the selfishness of other drivers, Farrell decided to start an Instagram account to shame those who've taken up too much room, left people with no room to move, or mounted the curb and inspired the indignation of their fellow drivers. 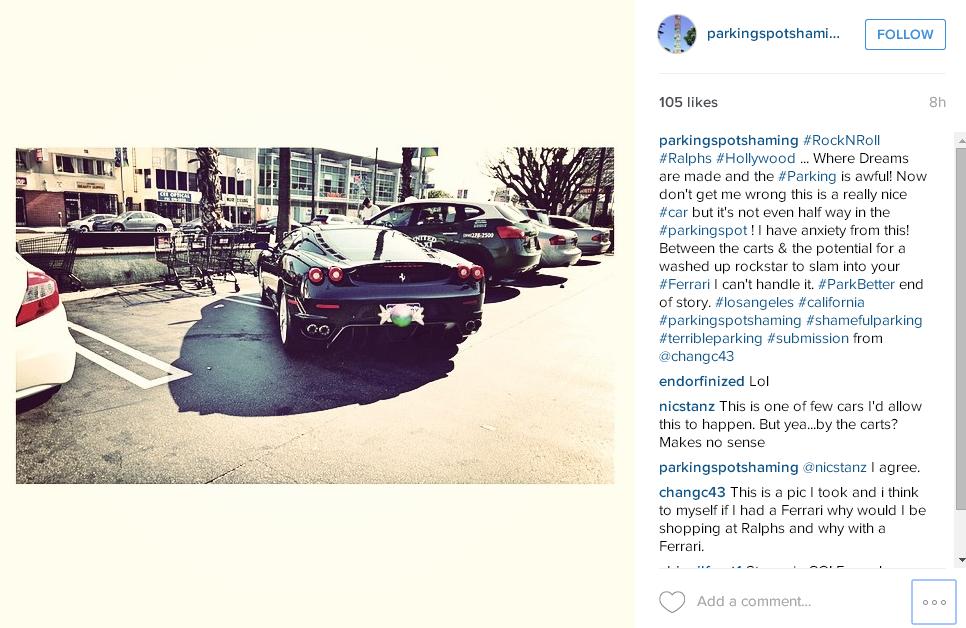 Called ParkingSpotShaming, Farrell posts photos of inconsiderate drivers, with their license plates blocked out by strategically placed emoji. Some of the images are rage-inducing, and no doubt many people will share Farrell's pain as they scan through and take in the array of frustrating examples. Initially, Farrell took all the photos herself, but she's recently opened up the profile for others to submit their own images - and she's struggling to keep up with the influx. Thus far, ParkingSpotShaming has more than 2,600 followers and growing fast.

While the intention of ParkingSpotShaming is no where near as serious as Miley's #InstaPride or Gramming for Good, it does provide yet another example of using Instragram for social good, and the capacity of the platform as a cause-supporting medium. In the case of ParkingSpotShaming, that cause is more in building community around a common annoyance, more for fun than anything else, but as Instagram grows, so too does its ability to communicate to a wider audience, and facilitate those that are seeking to do just that. That's obviously marketers in one camp, but it also means nonprofits and charitable organizations can reach a wider audience - and the focus on images adds a powerful, personal way for interested users to get involved. As with the Ice Bucket Challenge, the ability to communicate visually enhances the value of user-generated content, and within the right parameters, Instagram is an extremely valuable device in this regard.