Snapchat, the fast-growing Millennial favorite, has today unveiled a new update which includes a series of additions and fixes to improve the user experience - if including a bunch of emoji counts as an improvement according to your personal tastes.

The first addition moves in-line with the current trend of emoji use by adding a whole new range of emoji to the Snapchat experience. Previously, when composing a snap, you could add in a single emoji, or a line of them, via the text feature: 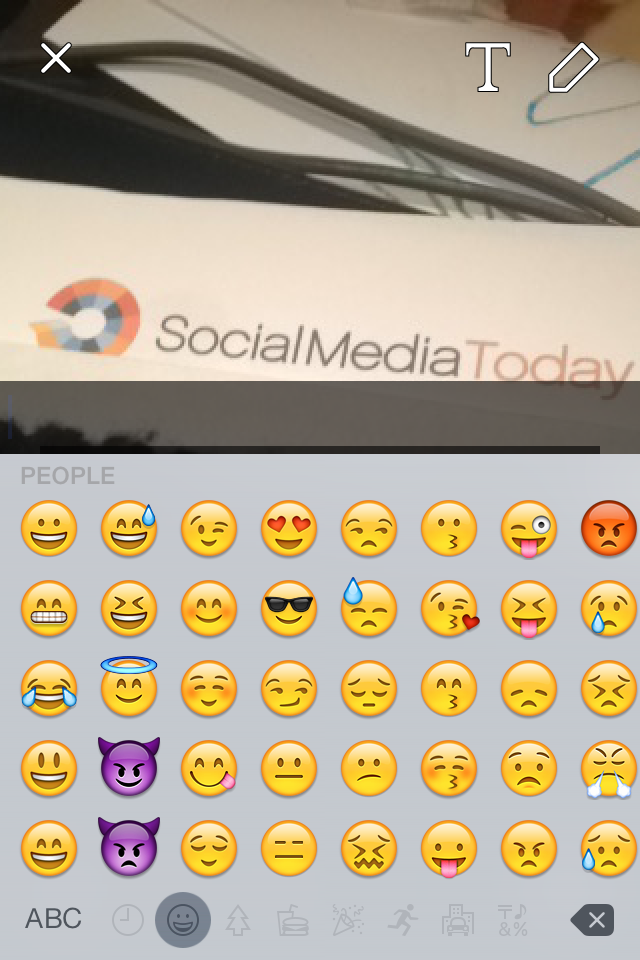 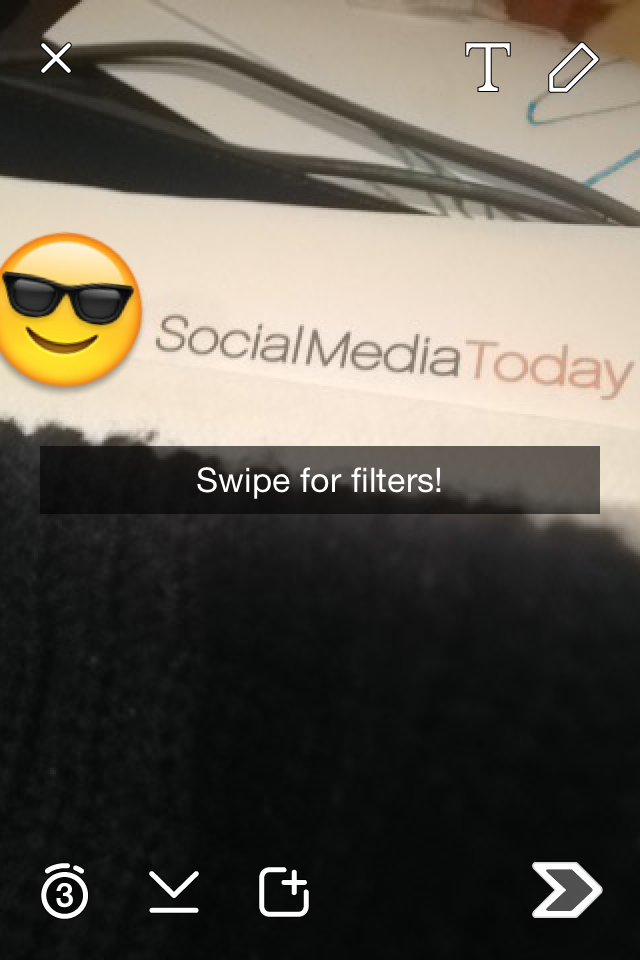 You now have the option to add hundreds of emoji to each snap, if you so desire - once you've downloaded the update, you'll see a new option at the top of the screen which looks like a sticker (called Sticker Picker). Click on it, and you'll open up a whole range of emoji-type images for you to choose from. 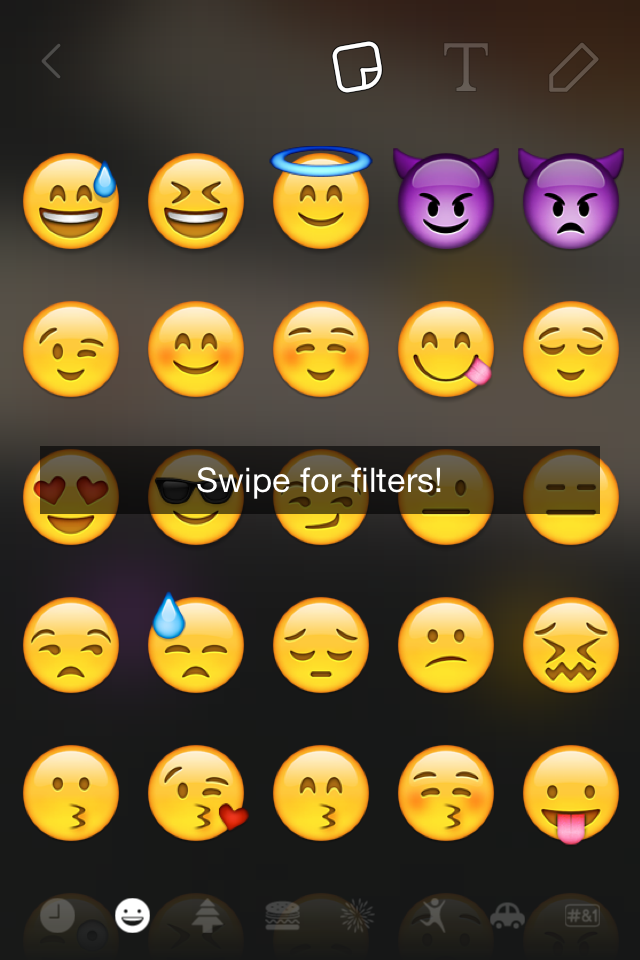 You can then stick them to your snap - and you can put down as many images as you want, with varying sizes and angles. 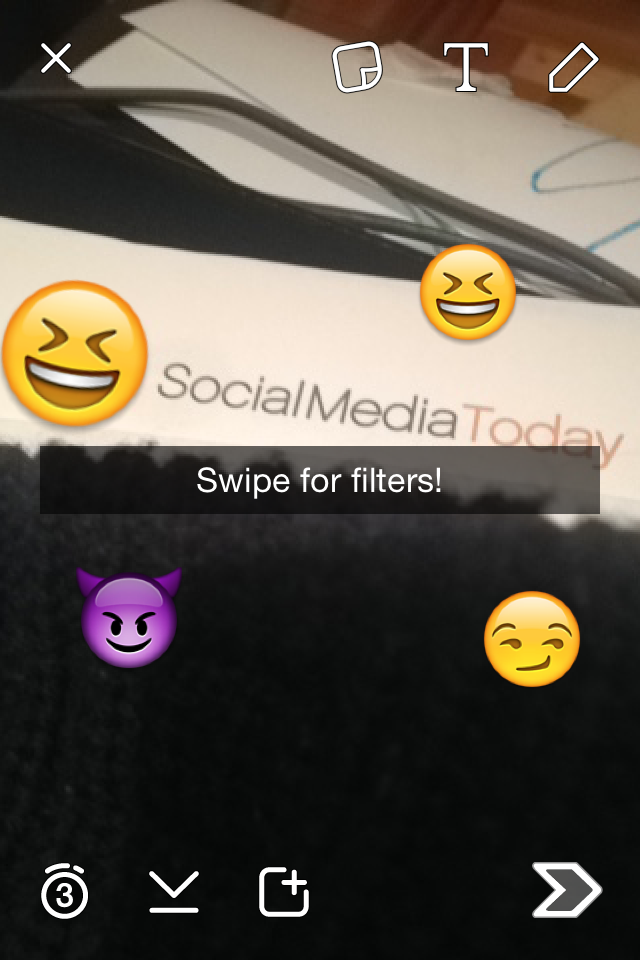 As with any application of emoji, it's probably not for everyone, but it's another fun addition for Snapchat, and one which will likely resonate with the younger audience base of the disappearing message app.

In considering that younger audience, and their likely limits on resources, Snapchat has also introduced a new 'Travel Mode' option to help users maximize their data plans. When enabled, Travel Mode will prevent snaps from automatically downloading when you open the app - only snaps that you've tapped will download. This is particularly relevant as Snapchat expands - various users have noted that the app can take up a significant amount of data with all the additional Discover and Live Stories content made ready for access whenever new content is available. 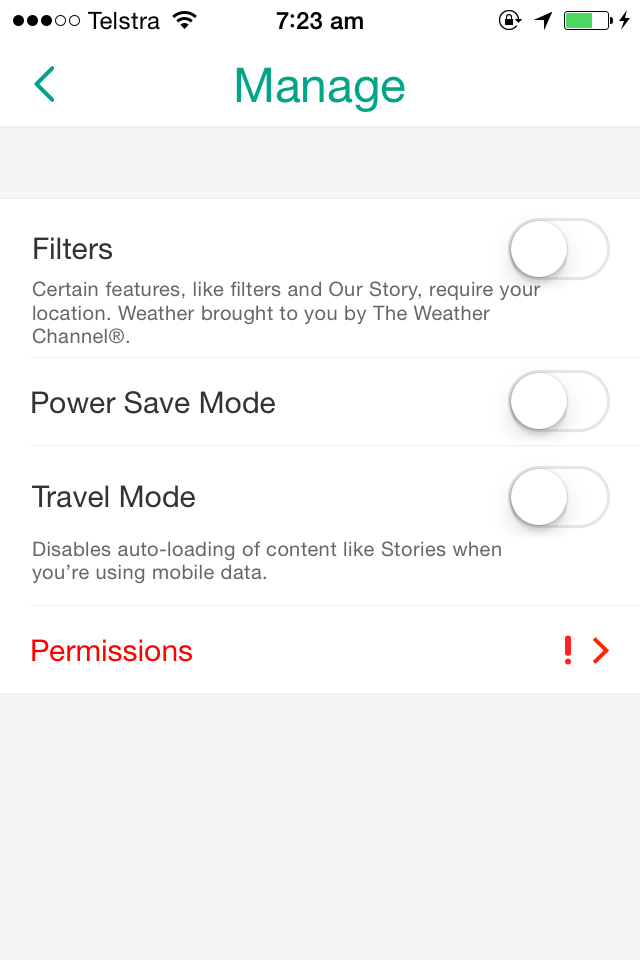 This is an intelligent addition, and one which will no doubt see significant take-up amongst users keen to avoid exceeding their data caps.

The update will also enable users to export their custom Snapcodes as a video file. 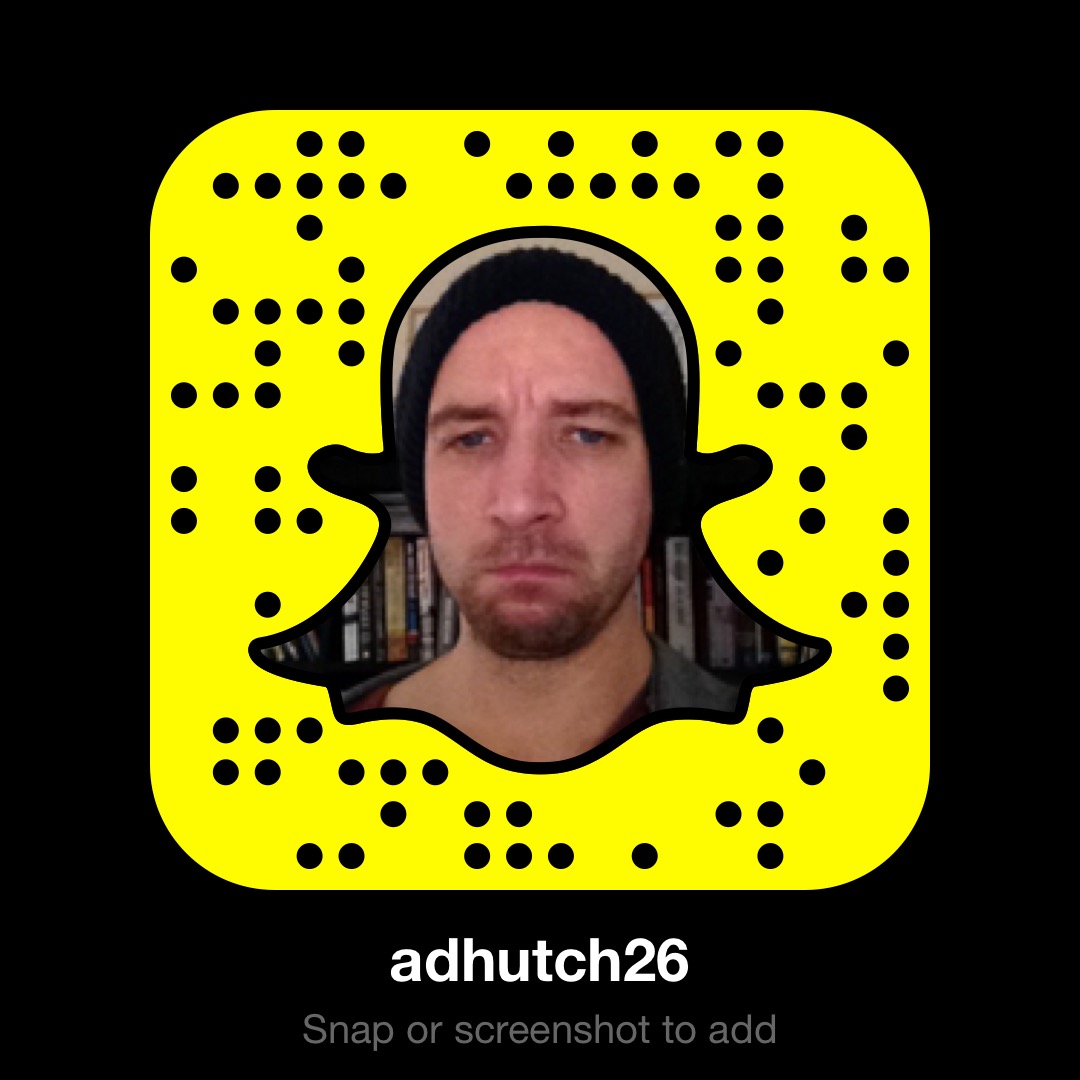 People have always been able to export the single frame of their Snapcode to make other users aware of their Snapchat presence (and easily follow them), but you've previously not been able to export the new, three frame, video version of the codes. Now you can. The animated GIF-like version of the Snapcode is a more fun, more eye-catching way to promote your Snapchat presence.

The last new addition is a change in how to see who's viewed your Snapchat stories. While this feature has always been available (by clicking the 'eye' icon in your snap), the new functionality enables users to easily access a full listing of all the users who've viewed your content - just click on your Snapchat story within Discover and the listing of people who've viewed it will be shown.

This addition will be of particular interest to brands and those using the app for marketing purposes - being able to see exactly who's viewing your content will enable better targeting and data gathering from Snapchat, which will benefit those seeking to understand what's resonating best among their Snapchat audience.

The Ghost Who Talks (to Millennials)

The latest additions are the latest moves in Snapchat's evolution from controversial image-sharing app to legitimate player in the digital publishing space. This growth has been most notably highlighted by the take-up of Snapchat amongst US Presidential candidates. As noted by MSNBC:

"Snapchat is increasingly becoming an important platform for connecting with millennial voters - many of whom could be voting for the first time in 2016."

The massive popularity of the app amongst Millennial user groups has seen it become increasingly relevant as an outreach platform, something Snapchat is looking to capitalize on as it moves further towards increased monetization. By providing for the user first, with updates like this, and seeking to meet audience demand as a priority, the app is seeing huge take-up - Snapchat recently reported that it's now facilitating more than 3 billion video views on the platform every day. Depending on your audience, Snapchat may already be a crucial platform for your social media outreach strategy. And if it's not yet, it may be soon. It's worth paying attention and getting to grips with the latest from Evan Spiegel and Co.