Earlier this year, Facebook launched a new app called 'Moments' which scans through the images on your smartphone's camera roll and automatically sorts them into sets based on locations, events, people and groups. Using facial recognition technology, Moments then cross-checks the people in your photos with your Facebook friends list and prompts you to share relevant photos with those friends who are featured. Facebook has promoted the app as a way to share those photos on your phone that you never got around to sending out, making it easier to create shared collections of your memories.

The app today got its first upgrade - now, not only can you share your photos easily via Moments, but the app will also make automated music videos of your pictures which can be forwarded on to friends.

As you can see from the video, the app takes the images from a collection in Moments and stitches them together into a video sequence. Moments will automatically put the whole thing together, but you can also tap into the video to customize it, changing the images included and selecting from a range of background music options built-into the process (you can see some of the music options in this screenshot from the video) 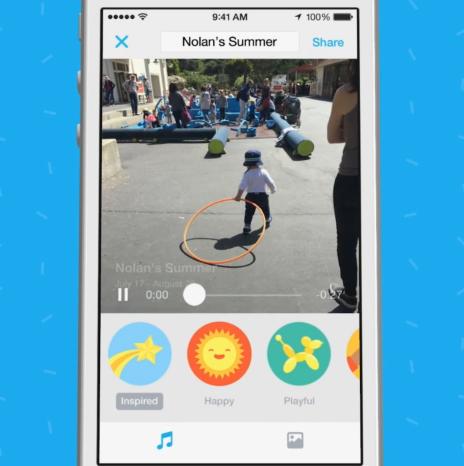 Once you've made your video , you can send it to Facebook and tag the connections you want to share it with. It's an interesting addition, and one which will no doubt prompt a few people to take a second look at Moments - but is it enough to make it a 'must-have' app? And is that even Facebook's intention with this project? 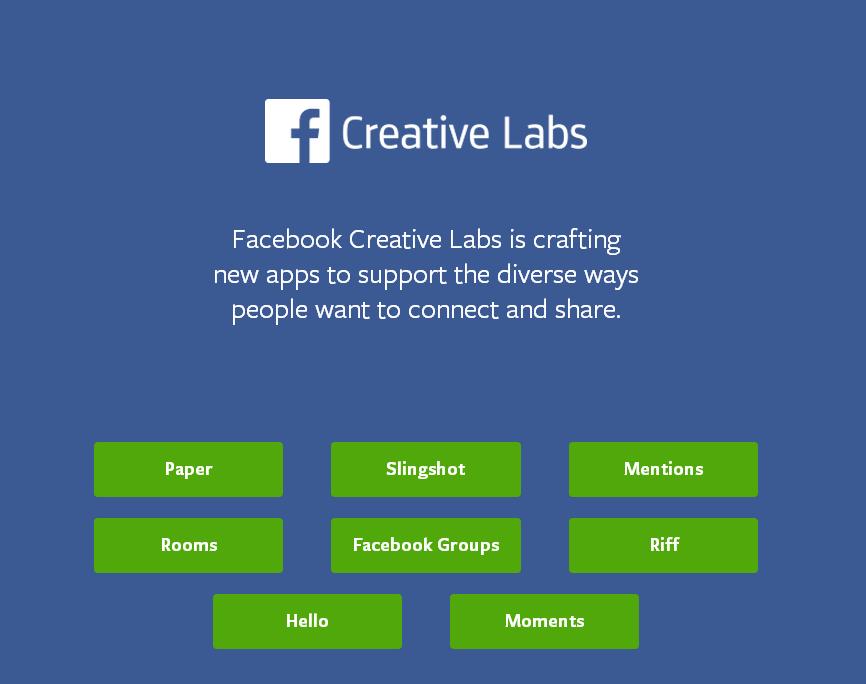 As you can see, their projects are a bit hit and miss (mostly miss), and definitely none of them have caught on with the kind of ubiquity of something like Facebook Messenger. Nevertheless, the Creative Labs experiments have contributed to the expansion and growth of Facebook features beyond these apps alone - Paper, for example, played a key role in the development of Facebook's 'Instant Articles' product. While, on the surface, it may seem like the Creative Labs team is on something of a cold streak, their work is actually crucial to the ongoing development and evolution of Facebook's products, with many new features growing from work done by this team.

Does this mean we can expect to see Moments-like features eventually rolled into Facebook proper? Maybe, it depends on their success. It depends on audience response, on the functionality of the project, but no doubt, much of the work the Creative Labs team are doing is, as the title would suggest, experimental, designed to lead to the next discovery for the wider Facebook eco-system. While Slingshot and Riff never caught on, they have provided valuable learning opportunities for the team, and those learnings are what helps Facebook stay ahead of the game and continue to refine and improve their systems.

So, what about Facebook Moments - is it the next Messenger or the next Hello? It's hard to say at this stage. According to TechCrunch, Moments has maintained an acceptable ranking on the iTunes App Store (currently sitting at 107) and isn't doing too badly on Google Play, though its ranking has steadily declined since its launch. The new video feature could spark renewed interest, and definitely you can see how, aligned with the growth of video on Facebook, there will be an audience keen to test out this new option - but the real question is, will those people will be willing to download a new app to do so?

In this sense, it probably does point to the idea that we'll eventually see similar features like this pushed out to Facebook proper. And really, that might be the actual aim for Moments either way - a testing ground to help Facebook refine their image recognition algorithms with a view to using them in the wider Facebook structure. There's no doubt image recognition is on Facebook's agenda, and Google's, the company that perfects it first could get a leg up on the competition - imagine if Instagram could be searched by image content? Imagine if image recognition data were accurate enough to map places, people and link them all together?

In order to better refine their image recognition, of course, Facebook needs more images, and ideally, more feedback. Maybe Moments is providing exactly that. Maybe it doesn't matter if users warm to it or not - so long as some people are using it and some data is flowing through. Maybe that's enough to help Facebook's scientists refine their systems.

It wouldn't be surprising - as the saying goes, "if you're not paying for it, you're the product". Maybe Moments is just an experiment, targeted at you and me.