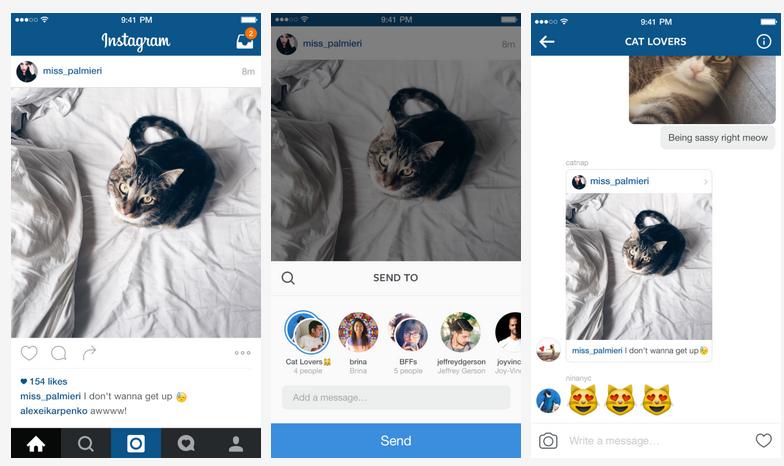 Messaging is one of the key areas of growth in social media right now. Recent data has shown that smart phone users spend 85% of their time in apps, with messaging among the most commonly utilized functions. Data from Pew Research, meanwhile, has shown messaging is the dominant form of communication amongst US teens. Apps like Facebook Messenger, WhatsApp, Snapchat and Kik regularly dominate the download charts, indicative of the growing trend towards more enclosed conversations, away from the scrutiny of the public social media audience.

The major networks have moved to stay in-step with this trend - Facebook has released new Messenger features to help brands facilitate better interaction with customers via direct communication. Twitter removed the 140-character limit from DMs and introduced new group chat functionality. In-line with this, Instagram has now updated their messaging element, announcing, via an official blog post, a range of updates to Instagram Direct. You may nor may not have used this feature, but according to Instagram:

"...more than 85 million people use Direct every month to send inside jokes, family videos, photos from road trips and other moments meant only for a handful of people"

That's a lot of messages, it makes sense that they're moving to cater to demand.

The first update is the addition of Threaded Messages. 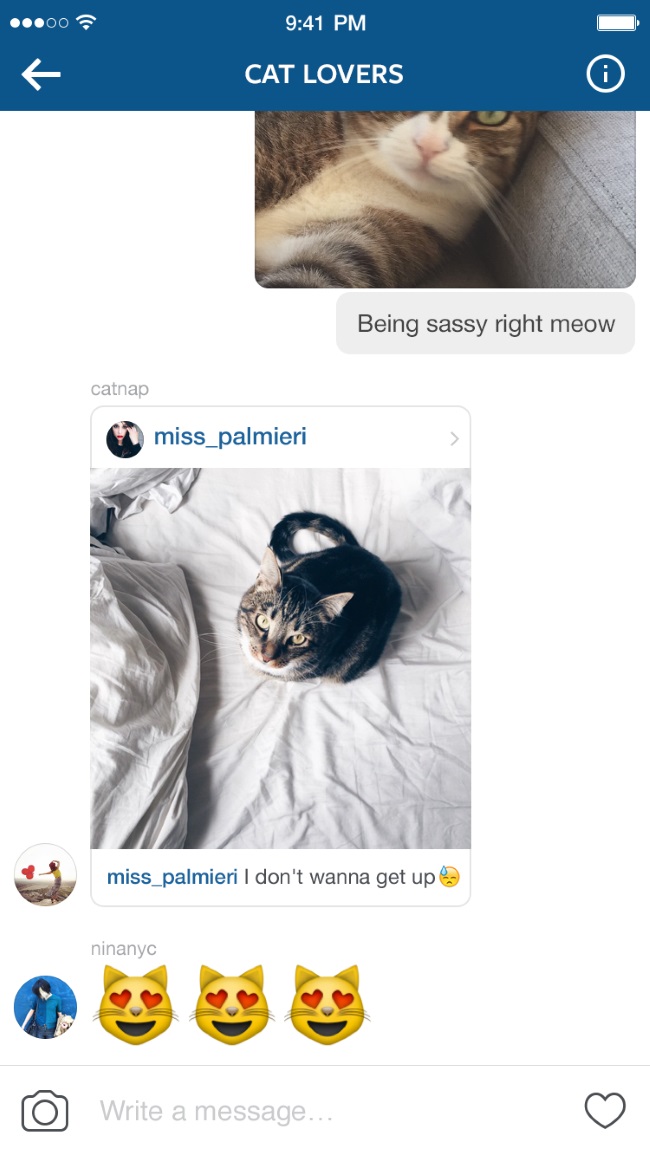 The feature is similar to Facebook Messenger, making it easier to go back and forth in specific message chains. The current Instagram messagng system only allows you to comment on shared images, similar to Instagram proper, though contained within the message group. As explained by Instagram:

"Instead of creating a new conversation every time you send a photo or video, your threads are based on the people in them - and your moments flow along naturally."

Instagram's also added a new camera feature to the messaging process (the camera icon at the bottom left of the screen in the above screenshot), enabling users to respond with an image. You can also click the heart icon at the bottom right to respond via emoji - "for when there are just no words". 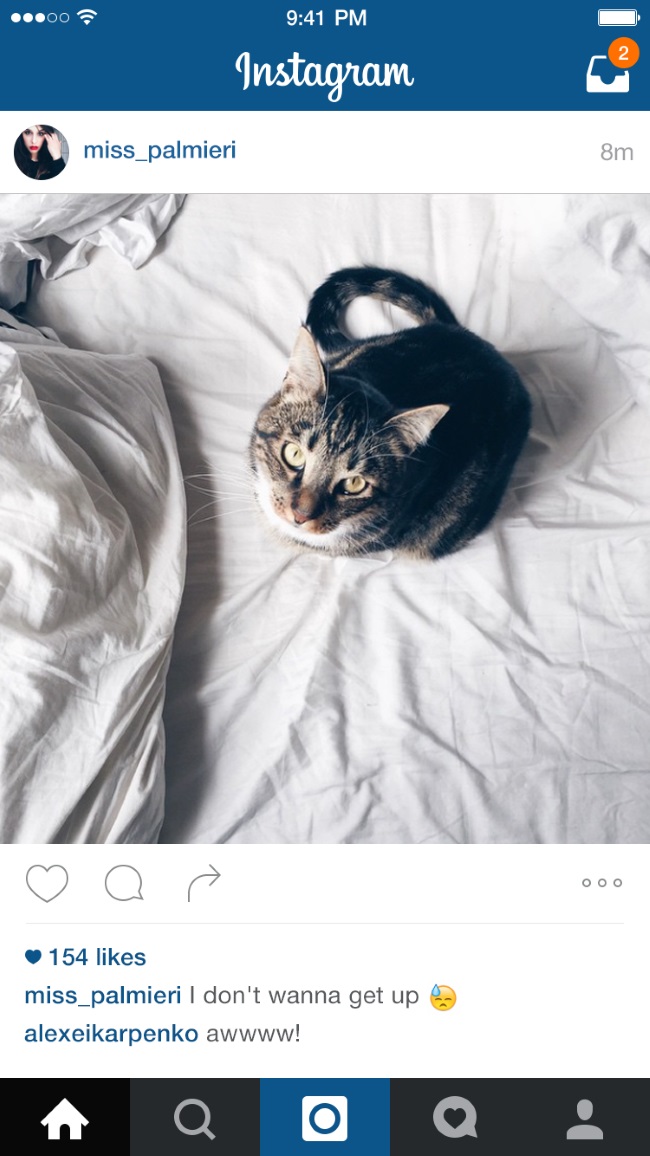 Tapping it will enable you to forward that post to a friend or group as a message, with the image appearing as part of your conversation. 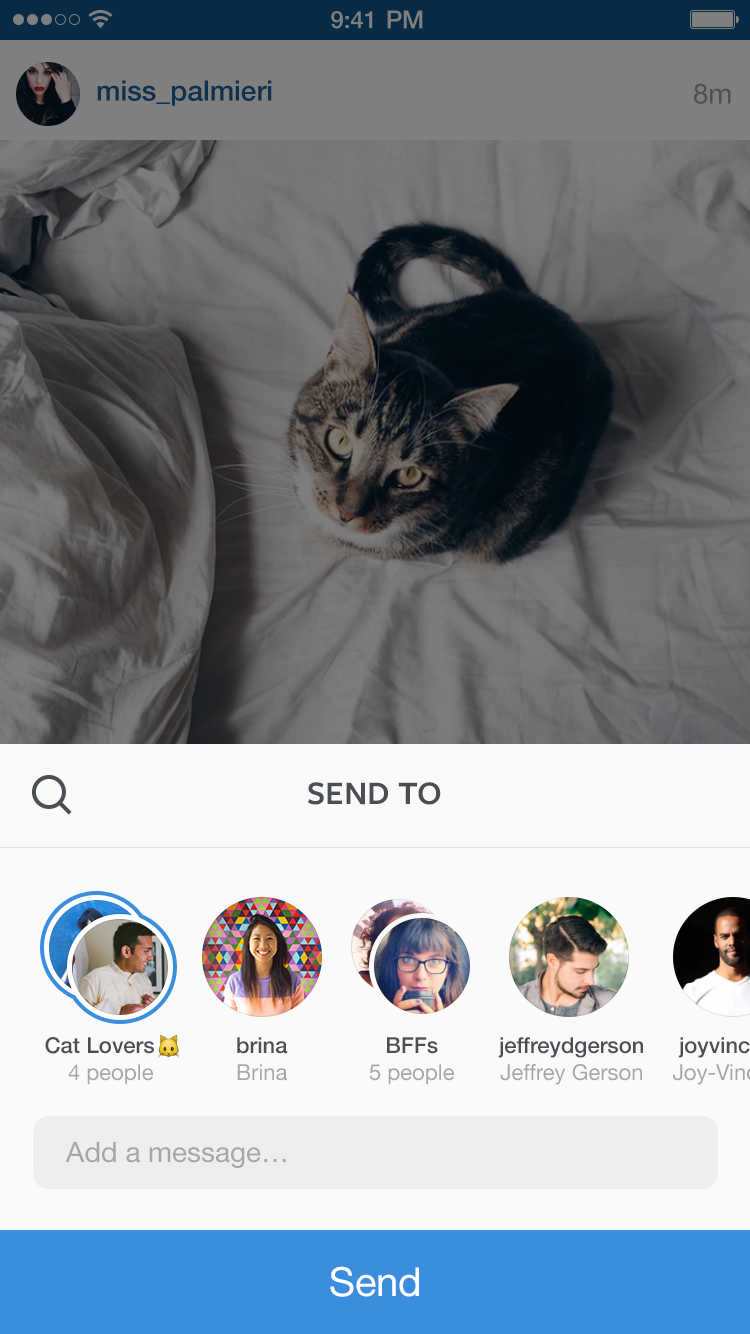 You can also send hashtag pages and location pages in the same manner. This functionality replaces the current system which requires you to @mention friends in the comments - Instagram says 40% of comments currently include an @mention, so it's clearly a popular form of sharing on the network. This new system makes it easier, though some users may still prefer to comment publicly, rather than send the image to an individual or group discussion.

Given the number of instant messages being sent on Instagram already, these additions will no doubt be welcomed by regular users. While it may take some adjustment for people to move away from @mentioning friends on posts they want to share, having that functionality available - only a tap away beneath each post - will no doubt increase the activity in Instagram's direct messaging element. Adding threaded messages is a clear positive - similar functionality has been or is being added to most messaging tools, and streamlining the process can only help promote the use of the feature.