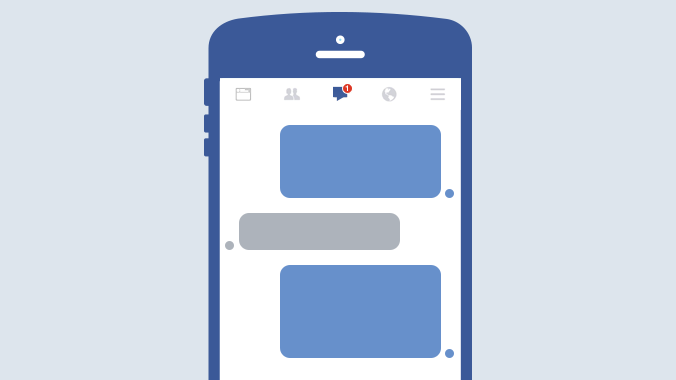 Private messaging is the trend of the moment in social media. All the stats point to it, the rise of messaging apps like Facebook Messenger, WhatsApp and Kik has been well-documented. Given this, the major social platforms are now working to try and improve the functionality of their own messaging elements. Twitter recently announced the lifting of the 140-character limit on their direct messaging feature - and just today, they've introduced a new desktop notifications function for DMs. Facebook has focused on improving messaging for Pages, bringing in several new messaging options for users looking to connect, including the ability to respond to Page comments via private message and saved replies for use with common queries.

To reinforce this, and improve awareness of their new messaging features, Facebook has released a guide to help Page admins better understand how they can maximize their use of private messaging to help boost response rates and increase conversion. Facebook's key messaging tips are as follows:

One of the features included in Facebook's recent update was the page responsiveness badge, a new indicator which is shown on Pages that respond to 90% of the messages they receive within five minutes. 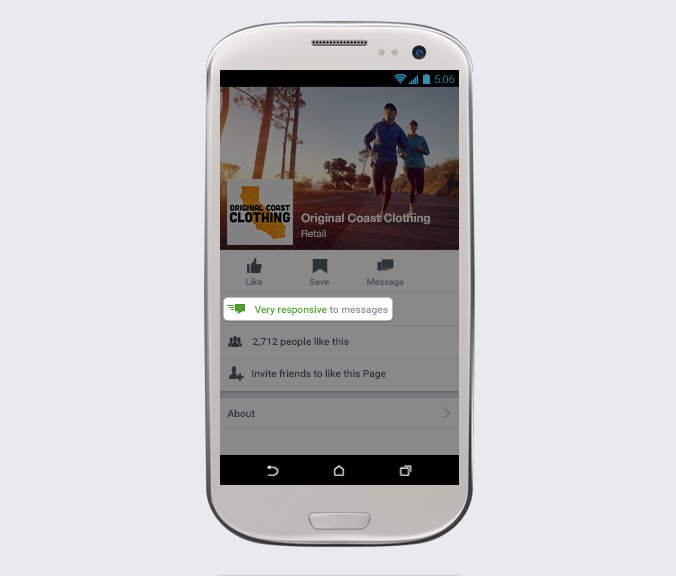 While the calculations behind that score have caused some ructions amongst Page owners, obviously, all brands would love to have it - and in order to get it, you have to play by Facebook's rules.

In this regard, Facebook has recommended that brands only enable Page messaging when they are fully equipped and ready to respond to queries in a timely manner:

"Page messaging is a feature that Page Admins can turn on and off for their Page, and once you enable messaging for your Page, people will expect you to respond. So turn on messaging only when you can commit to responding to messages."

Facebook also suggests turning off messaging during your business' off hours to help maintain response rate speed (this was one of the key issues highlighted by Page admins, particularly small businesses - that they're stats were being hurt by not being able to respond while they were asleep).

One of the key things that many writers struggle to grasp is the ability to communicate through your words the way you would in person. This is largely a learned behavior - we're taught to write in very formal, factual tones in our written communication, different to how we would speak - which is right for some interactions, but you also have to understand the tone required for each audience and each piece of content. The most common examples of this are when people write things like 'it is' instead of 'it's', 'there is' instead of 'there's - when you read them back, they're just not how you would speak.

Along these lines, Facebook notes that Page admins should write messages in the same way they'd speak to their customers in person.

"Messaging is a direct and personal communication channel, so make sure your tone is friendly and respectful. Write to your customers in the same way that you'd speak to them in person."

Facebook also recommends against using messaging to broadcast your marketing collateral or offers:

"Messages are interruptive, meaning they get the attention of the recipient right away, so we suggest using messaging for matters that require immediate attention. For general marketing communications, consider boosting posts from your page or running ads."

This is a solid point, and one which is rightfully highlighted - when utilizing messaging features, consider how each person will get that message and what response you would expect from messaging. If you abuse the privilege of being able to communicate with your audience via message, they'll block you out. And it's a struggle to get back into their good books from that point.

Personalization is, increasingly, a key focus in social media marketing - and even marketing more generally. Today's socially enabled customer has a means to share their voice, a platform from which to speak and be heard - and along with that capability comes the expectation that their voice will be listened to. The rise of data-based ad targeting has further heightened this demand, the connected consumer is learning to expect brands to reach them based on their interests, likes, behaviors and interactions. 72% of people who complain via social media now expect a response within an hour - that level of expectation doesn't come without precedent.

On this front, Facebook recommends Page admins sign all messages with their name, not just the business name, to better personalize the communication. This is great point - data released by Twitter last week showed that by simply including the customer's name and the customer service representative's signature in a brand response tweet, customer recommendations increased by 77%.

Facebook also suggests Page admins be short and to the point in their messaging, and be clear about the query they're responding to - don't get off point or too wordy in your responses. 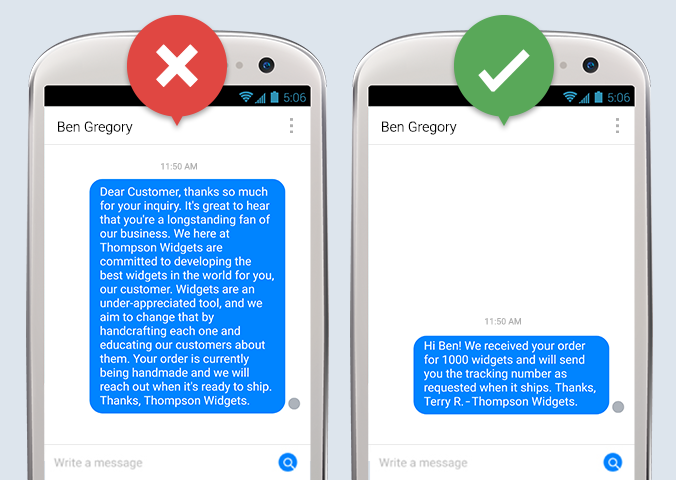 While the introduction of saved responses is a helpful feature for Facebook page admins, it could also, quite easily, lend itself to over-use, or even abuse. As with the previous point, personalization is growing in importance and something all brands should be considering in their marketing efforts. This, at least in part, is a response to the rise in automation, being hit with generic, robotic e-mails and messages from brands in a loose attempt at opening communication channels that, for the most part, falls flat.

Saved replies could quite easily slide into this category as well - if you load up a range of responses to frequently asked questions then rely on those responses too heavily - particularly relevant for those trying to keep their response times up to get their page responsiveness badge - you risk turning people away by being too robotic, by not caring enough to make the effort for your customers.

Facebook recommends using canned responses only to answer questions like your business hours and details of your return policy. Their recommended rule-of-thumb around this is pretty simple:

"For one-off questions from people, send a personal reply."

The addition of being able to respond to Page comments via private message is a great one, and it's particularly helpful that Facebook has thought through the process, including an indicator on the Page to note that the customer query has been responded to via private message (so other Page visitors can see you've responded, rather than just left the query hanging).

To help ensure Page admins are using this feature to best effect, Facebook has outlined a few of the ways in which this new feature can, and should, be used:

"Use private replies for messages including billing questions, sensitive customer complaints, order statuses and other topics that include personal information. Continue to reply publicly to general business questions and requests, where your public answers will be useful to other Page visitors."

It's pretty basic logic - if there's a customer query to which the answer would be more applicable than to that customer alone, you should reply in public to help all Page visitors understand your stance. But if it's more personal in nature - regarding sensitive information, definitely, but even if it's just a more individual issue that no one else need know about, best to respond in a private message.

The feature gives Pages the chance to clarify potentially damaging issues offline, which can be hugely beneficial. But you also need to know when to use it and when to respond publically to state your stance. There's no rule book on this, but commonsense, and your own business knowledge, will dictate which situation requires which response - the general guidelines provided by Facebook here are good principles to go on.

Facebook's messaging guidelines offer some great, commonsense tips that will no doubt help business owners better utilize and maximize these new features to best effect. They're brief, they don't go into a heap of detail, but they don't really need to - they're simple, guiding principles that should be used as focus points in your overall Page messaging strategy. And the fact that these recommendations come from Facebook direct adds more weight and credibility to the tips - these are from the people that determine the algorithms and the features, that decide upon how the Facebook business eco-system should work. Utilizing these functions as intended is the best way to stay in Facebook's good books and build greater immunity to future updates and changes that may penalize Page reach.