The Most Discussed Issues on Facebook from September [Infographic]

What was the most mentioned issue on Facebook in September? Not surprisingly, it was The Pope and his visit to the US. 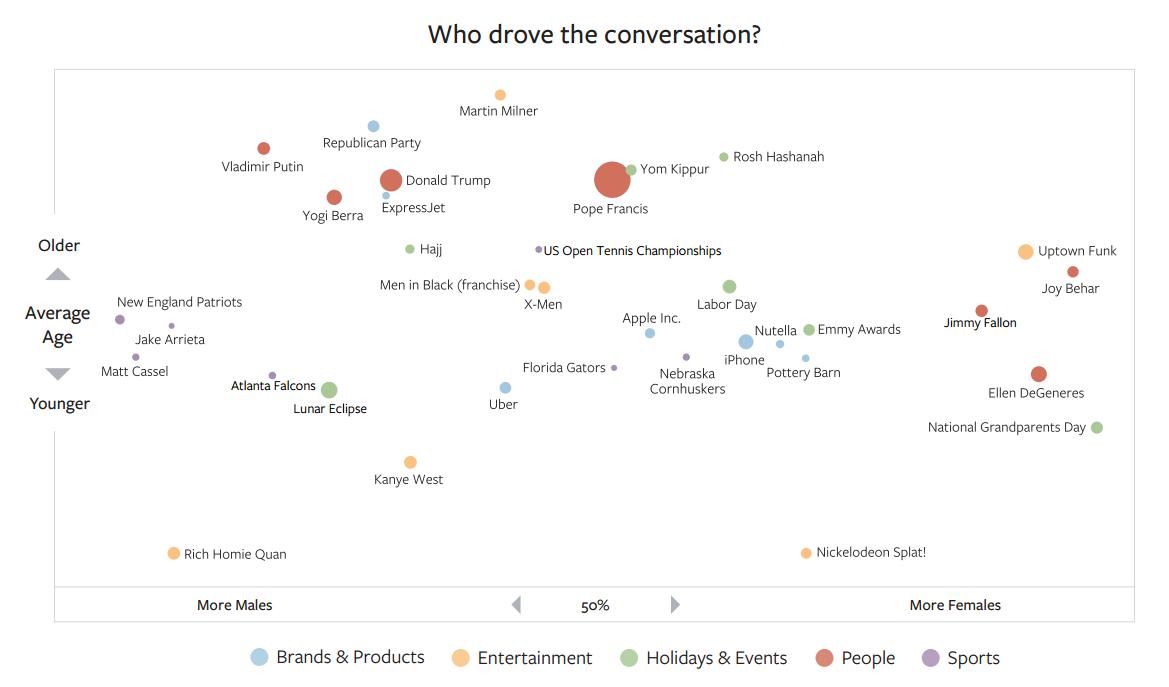 Facebook has released its monthly hot issues report, highlighting all the key topics of discussion amongst Facebook users charted by category and demographic popularity - the more popular the topic, the bigger the colored dot. The monthly listings provide great insight into what's popular amongst the varying Facebook user groups and an indicator of where the attention of your target audience lies, enabling you to utilize such info to angle your own Facebook content towards more trending discussions.

"Hot on the heels of Back-to-School season, September's Hot Topics in the US are a master class for brands looking to expand their audience."

To underline this, Facebook has also highlighted some brands and franchises that were able to reach newer audiences throughout the month, including Star Wars, which partnered with Pottery Barn to offer a themed line of kids furniture, linens and sleepwear (you can see 'Pottery Barn' noted on the lower right of the chart, showing it was more mentioned by younger women). The return of Nickelodeon's "The Splat" was also popular among young women, while Bruno Mars' song "Uptown Funk" was a hit among older females. The attention of older male users was on the upcoming X-Men film, and the re-boot of the "Men in Black" franchise.

The monthly chart also includes the discussion peaks for each category, with the key topics highlighted. 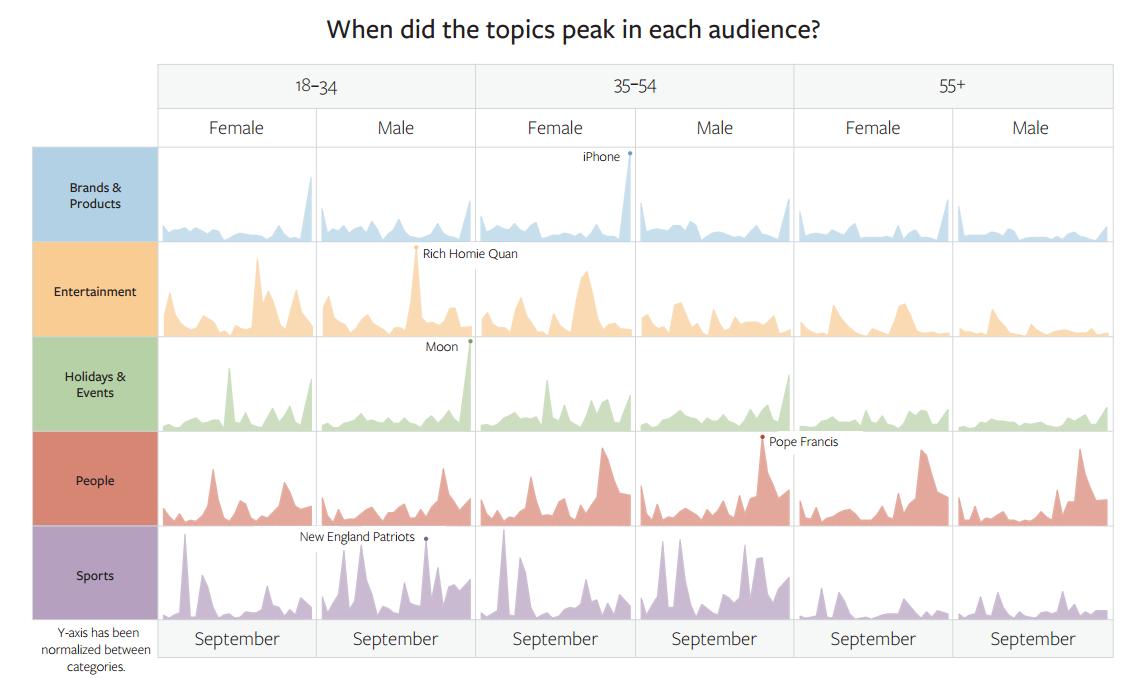 The monthly topic charts are a great insight into what's resonating with Facebook audiences, and a great way for brands to stay informed of what's popular amongst their audience base. Further boosting their utility, there are also equivalent reports for Australia: 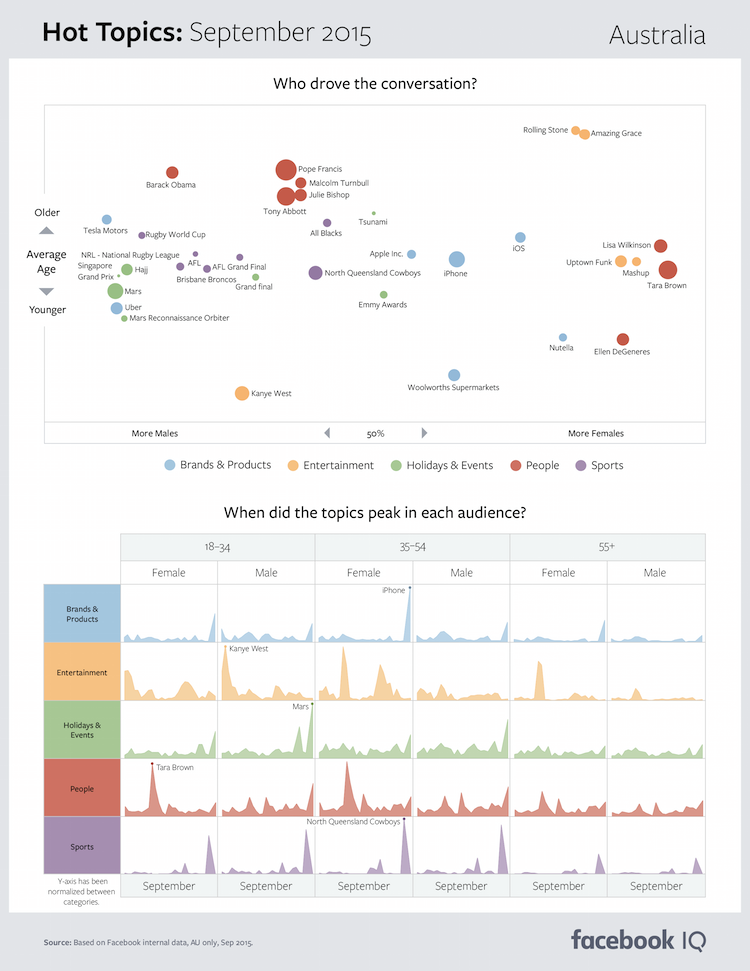 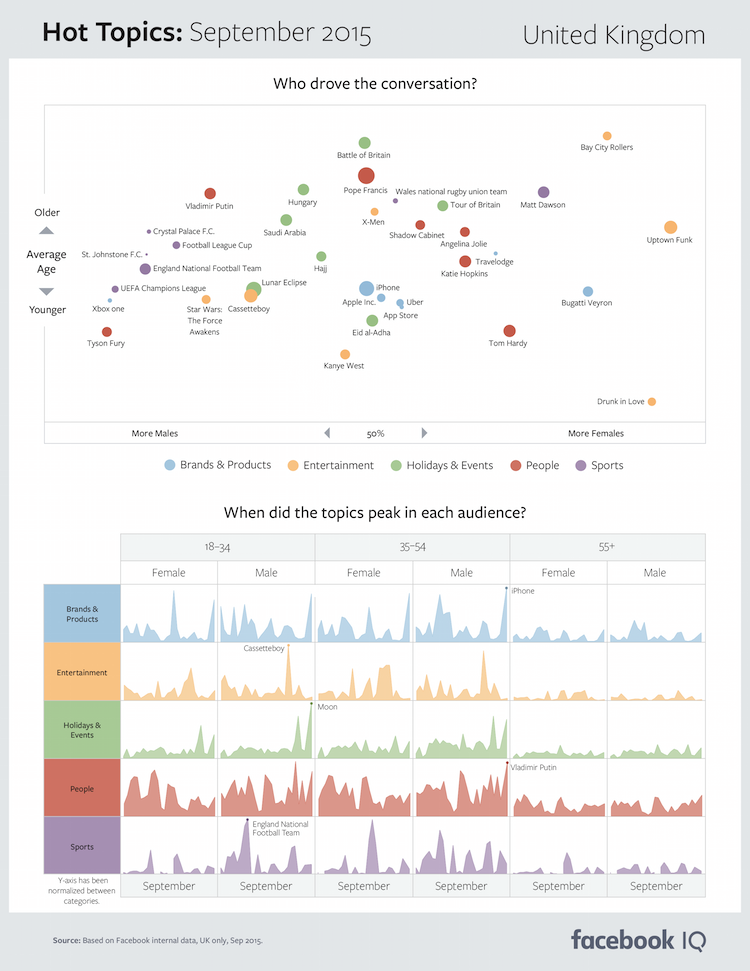 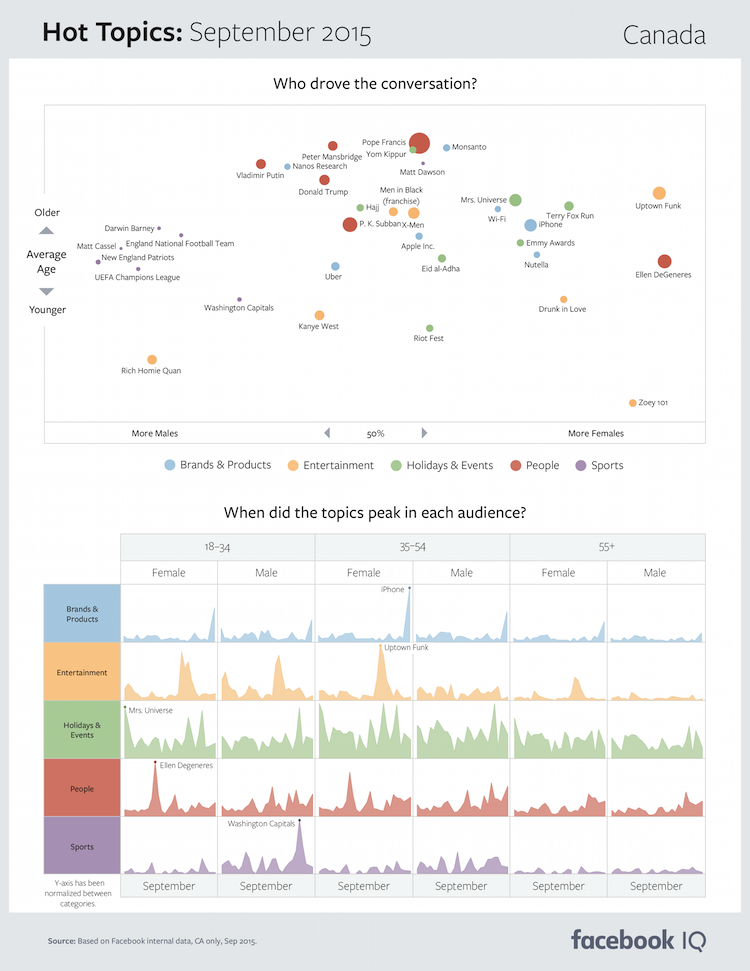 Facebook has also highlighted some of the best performing video content for September, including this video from Kohl's, which generated more than 17k Likes, 1,300 comments and 17k shares.

Who knew a coffee pot was so versatile? Watch how many different breakfasts you can make with this one tool. http://oak.ctx.ly/r/3ke38

Some of Facebook's listed criteria for best video practices are:

1) Having brand or product value early in the video 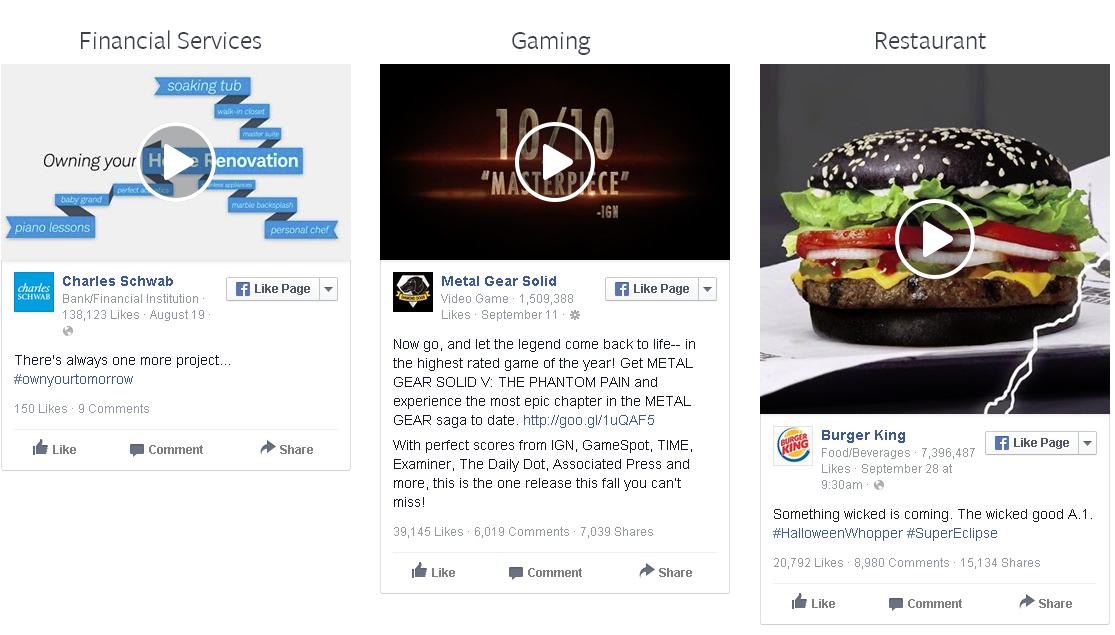 The examples provided offer some great insights into what video content is resonating best among Facebook's audience, including both the content and accompanying post text. Matched with the 'Hot Topics' reports, the data gives Facebook advertisers some valuable food for thought, and may just highlight some content ideas that you'd not have thought relevant otherwise.