It's almost February 4th - you know that that means...

If you don't, don't worry. You may not have realized it, but February 4th is actually Friends Day.

Why haven't you heard of Friends Day before?

Because Facebook made it up - though given the platform's growing audience and influence, it might not be too long before Friends Day actually becomes a more recognized event.

Maybe Zuck will make it a national holiday when he becomes president.

"Through friendship, our world grows more connected, powerful things can happen, and lives and communities can be changed. Today, connecting is more important than ever. This Saturday, February 4, is Facebook's 13th birthday, a day we call Friends Day. We'll be sharing some stories of powerful connections made in our community, as well as launching products to celebrate friendship and encouraging people to take time to connect with their friends."

To help users participate in the event, Facebook has provided a couple of new tools which are... well, they're something.

The first is an option to create a new video to celebrate all the connections you've made, and the events you've shared with them, on the platform.

You may have already seen a notification like this at the top of your News Feed (don't worry if you haven't, you will soon). 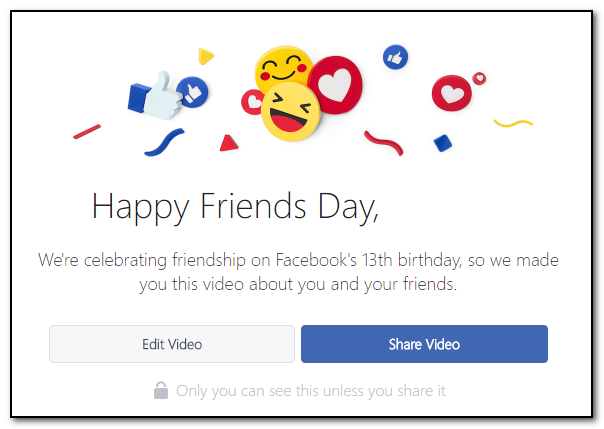 Okay, it's not that amazing - as noted by The Next Web:

"Last year, the first Friend's Day video was born, a stitched-together video detailing happy times with friends, relatives, and that dude you drunk-added at a bar making a surprise appearance in your special video. So as before, you'll be stuck toughing it out with cheesy videos full of people you probably haven't talked to in years for the next few days. Suck it up; it's Friends Day."

Maybe I wouldn't view it that skeptically, but 'interesting' is probably the best way to describe it.

The option is another way to boost sharing on the platform - as we reported recently, all social platforms jab you with these prompts because they need you to engage. And while you might think it's cheesy, no doubt some people will use it, and even if only a small percentage of users click-through and comment, it adds to Facebook's data banks and engagement stats. 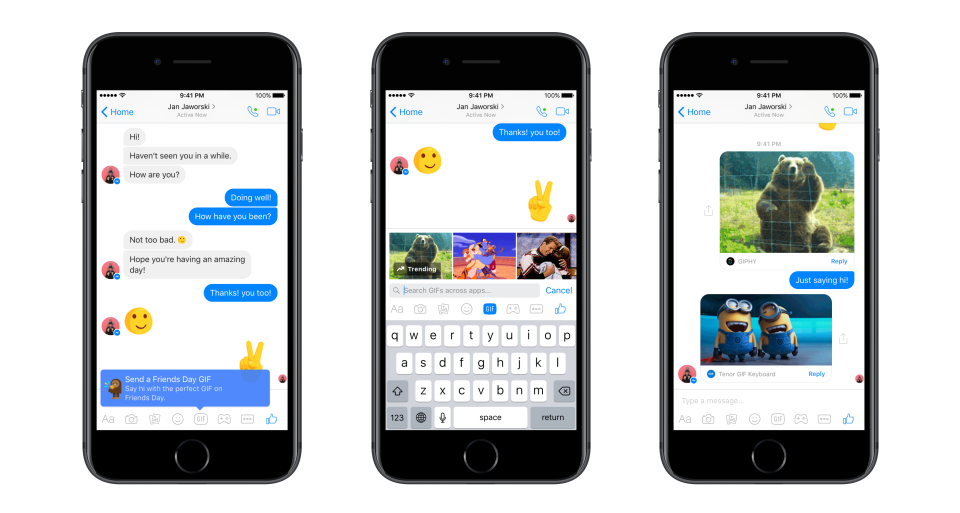 You can also join in the conversation by using the #Friendsday hashtag - which is interesting, considering that research has shown hashtags are largely ineffective on Facebook.

And while it's easy to dismiss these tools and poke fun at Facebook's sometimes dorky sensibilities, it is worth taking a moment to reflect on the fact that Facebook has now been around for 13 years. Think of that in the context of younger users - a great many people have now never known a time where Facebook didn't exist.

What's more, Facebook continues to go from strength to strength. Entire industries have been formed on the back of The Social Network, which Zuckerberg founded in his college dorm room back in the early 2000's.

You probably don't need a video of some... thing doing some kind of dance to highlight this, but it is worth considering where our media landscape is now placed because of Facebook, and where it's headed in future as a result.