In amongst the discussion about on-platform bullying and harassment, a key element we need to remember is that, in addition to the high-profile cases, it's kids who need our protection the most. Tragically, suicide remains the second leading cause of death for people aged between 10 and 24 in the U.S, an age bracket that incorporates the primary audience demographic for most social platforms. Because of this, anything that can be done to help is a positive.

And while celebrity cases are the ones we most often see in the news - and are the ones which raise the discussion into the mainstream consciousness - it's important we don't forget that there are many more of these type of incidents happening every day that we don't see. As such, we need to approach the issue with the highest concern, and it's been great to see Twitter making moves on this front in 2016, and Instagram too.

And today, Facebook has announced a new resource to help parents better educate their kids about the dangers of online connectivity, and how to avoid problems and/or report issues.

The tool is split into three main sections - 'Safety Center' provides a general overview of Facebook policy info, including a rundown of all the tools Facebook has available. There's also a collection of PDF and video resources explaining the various tools and options. 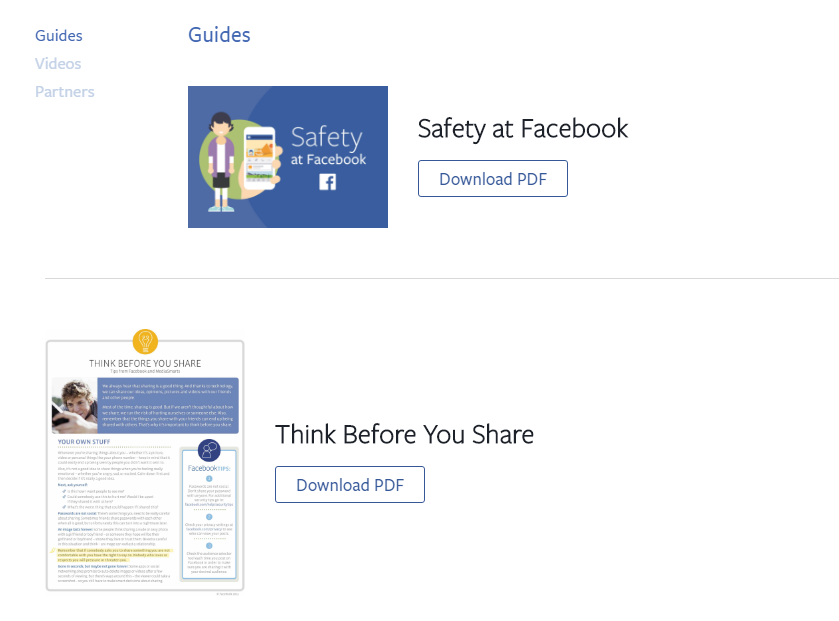 There's also a 'Bullying Prevention Hub' which has been developed in partnership with the Yale Center for Emotional Intelligence. The section is split into specific areas for teens, parents and educators, with information on what bullying is and how to deal with the various impacts.

And the last section is simply called 'Parents Portal' which provides tips on how to use Facebook, how to keep your child safe through education, and includes a list of links to various third-party resources for additional help.

There are also direct links to Facebook's Help Center and Security Check-Up tools to make it easier to put your learnings into action, and a section of links to suicide hotlines in each region.

It's a good initiative from Facebook, and as noted, any such measure should be applauded and promoted as a matter of public interest. If you or anyone you know has any questions about their kids' Facebook use, it'd be worth keeping the Parents Portal in mind and referring them to the various tools and options and available.

The great benefit of social media is that it connects us - it enables us to get in touch with other people, from other regions and cultures, and makes the world a smaller place. But that capacity can also be used in a negative way. And as we've seen from the recent election coverage, there are divisions within society that can be amplified by social networks as much as they can be resolved.

This is especially important to note for younger users. If you know of anyone experiencing problems, or if you see bullying behavior, report it and ensure those individuals know that they're not alone.

Even if Facebook's new Parents' Portal were to only help a few people, that'd still be an excellent result.