For more than a decade, Craigslist, eBay and Etsy have dominated the peer-to-peer marketplace in which items are bought and sold. This has become the digital version of garage sales, except the products and services sold on these marketplaces are far more diverse.

As it usually does, Facebook shook up the marketplace industry in October 2016 by announcing that it was going to relaunch Facebook Marketplace, putting more than a billion consumers in play in what is now the biggest digital marketplace in the world.

But lost in all the excitement is the fact that Facebook Marketplace may not just be a platform where someone can get rid of a little-used product, but that it can, in fact, offer new opportunities for users who sell products as a full-time occupation.

Let's take a closer look at how Facebook Marketplace compares to Etsy and eBay, and how this new platform could help local businesses reach new consumers

Despite taking regular hits from critics and consumers due to its status as the biggest game in town, Facebook has 1.86 billion monthly active users, and 1.23 billion daily active users, as of December 31, 2016.

More than 85% of those users live outside the U.S. and Canada, which means that Facebook's worldwide reach far exceeds that of Etsy or eBay. 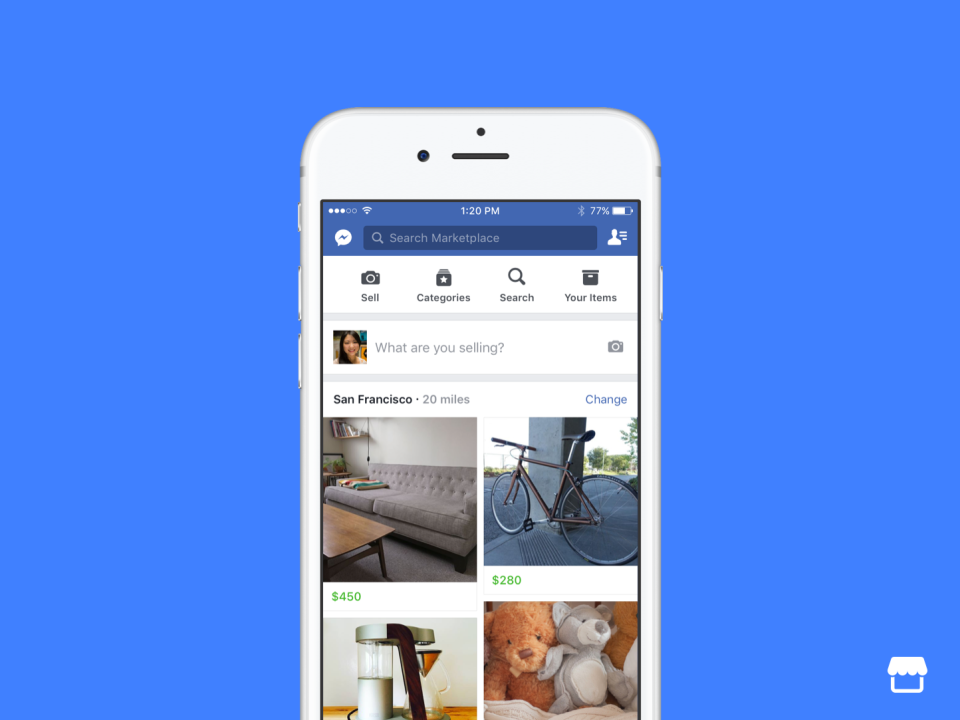 The browsing feature lets users look around the app without making a specific request, and displays product listings based on geography.

However, because this is Facebook, browsing is optimized to display products that users would like based on past activity on the platform.

In addition to products, Facebook Marketplace enables users to solicit job offers based on their skills, and to sell services targeted to a specific group of users or to all users on the platform.

But there is one major restriction in terms of sellers - brands are not allowed to sell on the platform, nor are they allowed to place paid ads for Marketplace users to view.

That could change in the future, but for now, Facebook Marketplace is modeling itself after Craigslist, Etsy and eBay, and simply offering a place for buyers and sellers to interact without handling any payment processing or shipping.

The other drawbacks so far is that there's no review system on Facebook Marketplace, so it's difficult for prospective buyers to gain a sense of a seller's trustworthiness and credibility.

And because Facebook doesn't handle payment transactions, there is no built-in guarantee of delivery, or a system that ensures that if a product is defective or sent in a condition other than advertised, a buyer would receive a refund.

With that in mind, here's how Facebook Marketplace stacks up against several other peer-to-peer markets.

Etsy - which launched in 2005 - has cornered the market on artisan products.

As of December 2014, Etsy reported 54 million registered members, with more than 1.3 million sellers and 19 million buyers.

More importantly, 75% of the platform's gross merchandise sales from 2011 to 2014 were through repeated business.

However, Etsy remains primarily a web-based platform, with only 36% of its sales generated through mobile devices. 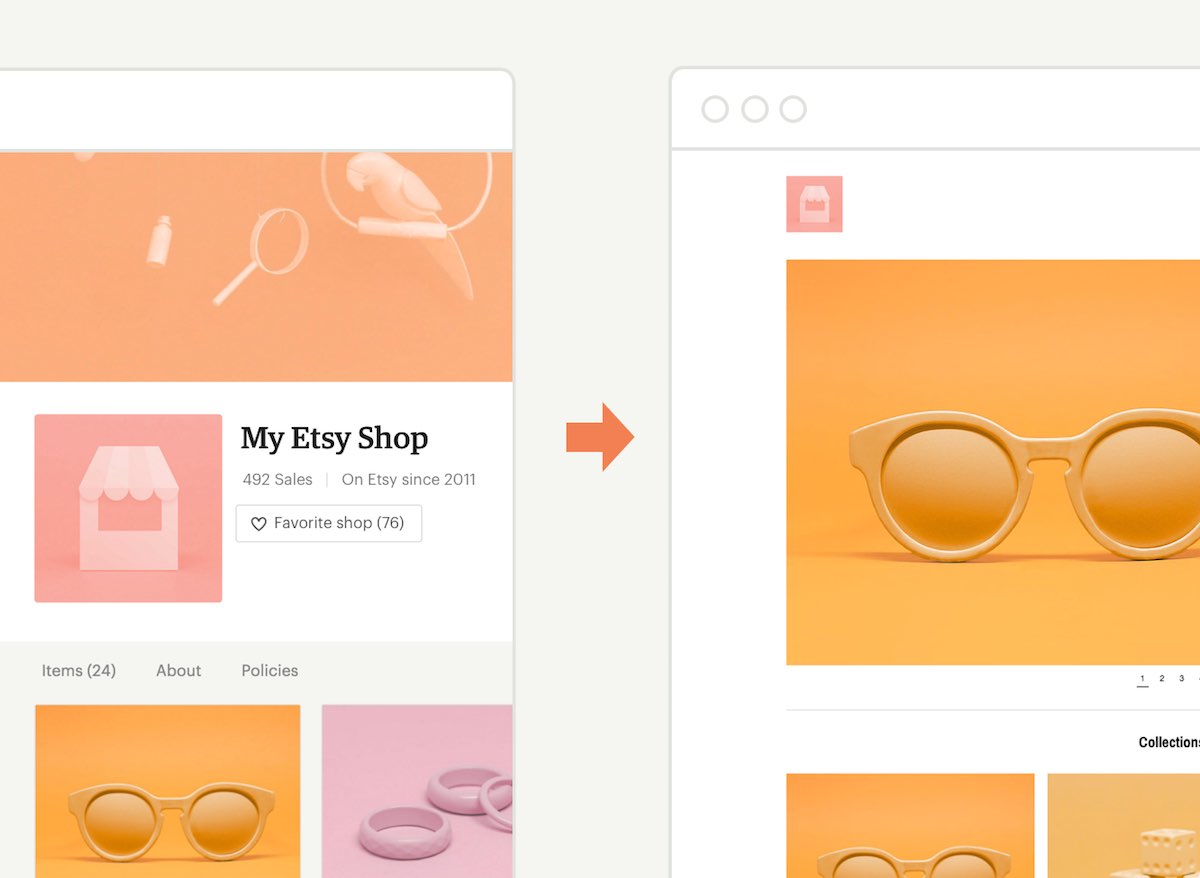 Like Facebook, Etsy has positioned itself as a social media network that encourages user connection, but unlike Facebook Marketplace, Etsy is heavily focused on vintage and collector's items as well as hand crafted art, clothing and jewelry items.

As a result, Etsy's appeal for full-time sellers is limited due to its strong focus on artisan-made products.

Despite its cache, Etsy has a much more narrow market than what Facebook Marketplace is offering, and Facebook also dwarfs Etsy in terms of number of registered users.

It goes without saying that eBay - which launched in 1995 - has become one of the go-to marketplaces for peer-to-peer transactions.

As per Statista, eBay had 167 million active buyers as of 2016, which is nearly double the number of buyers that were on the platform in 2010.

Although it's known as a marketplace where users can auction just about any product or service imaginable, home and gardening is the most popular sector, with clothing, vehicles parts and electronic equipment also strong revenue generators. 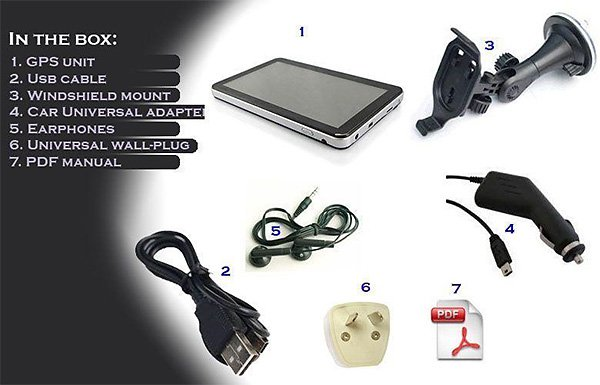 However, unlike Facebook, which has a broad international reach, the majority of eBay users reside in the U.S., Germany and the U.K. That puts eBay at a disadvantage in terms of consumer reach throughout the world, which is not an issue with Facebook Marketplace.

However, eBay generates high customer service scores for ease of use, product satisfaction and the breadth of goods offered on the platform - it's this level of customer experience that makes eBay the biggest challenge to the success of Facebook Marketplace.

Ebay has had more than 20 years to establish its brand and to refine its customer service, which means that it's far more practiced in understanding customer lifetime value related to peer-to-peer transactions.

That speaks not just to customer satisfaction, but also customer trust, which is one of the major factors in branding.

Ebay handles payment processing as well as shipment, and its review system and product delivery guarantee offers a fail-safe for buyers and sellers that Facebook Marketplace can't yet match.

Even though it has an obvious advantage in terms of registered users, Facebook Marketplace lags behind eBay in these critical areas.

Despite its ban on brands, Facebook Marketplace still offers exciting opportunities for individual sellers who've already established a profile on the platform.

Because buyers can search for products based on price and location, Facebook Marketplace is ideal for full-time sellers who are focusing heavily on the local market.

Brands can also take advantage of this new platform by creating personal profiles to sell their products, and those profiles separate Facebook Marketplace from a platform such as Craigslist, where there are few safeguards regarding who's really selling a product.

Facebook's profiles are integrated with whatever product a user is selling, which offers a greater sense of security and credibility, but that also means that sellers must take the time to ensure that their public profiles convey trust and honesty, which includes a clean, well-taken photo, and that they only share information that builds confidence in a prospective buyer.

Because Facebook Marketplace orders items based on users' interests, prior activity, it makes it easier for sellers to hit their targeted consumer group more efficiently.

But to take advantage of this targeting, sellers should list each item separately, instead of offering a slew of products, which can confuse buyers.

It's also important that sellers check other peer-to-peer sites to determine a price range for their items, so that they're in line with what prospective buyers would expect to pay.

Because Facebook Marketplace lacks buyer or seller protection, sellers must also be prepared for intense and prolonged negotiations to complete a sale.

Facebook Marketplace is the new peer-to-peer kid on the block, and while it has some negatives - such as lack of peer reviews and lack of product and delivery guarantees - it offers sellers a massive database of consumers, especially within their local area.

Better yet, it segments prospective buyers based on previous activity and buying behavior, which helps sellers tailor their products to a targeted market.

And while Facebook Marketplace doesn't allow brands to sell on its platform, individual sellers with active profiles are afforded boundless opportunities to gain credibility and to brand their products, while reaching hundreds of millions of more consumers than are on eBay, Etsy and Craigslist, combined.