While all social networks see their share of trolling and abusing behavior, LinkedIn likely sees less because of the professional nature of the platform - most people are actively trying to either find a job on the network or build their personal profiles, so they're less likely, you'd think, to leave negative or antagonistic remarks.

But of course, it does happen, and as LinkedIn expands, the issue becomes bigger.

As such, just as Twitter and Instagram have done in recent times, LinkedIn is now introducing new tools to reduce the impact of anti-social or unwanted behavior on the platform.

1. "Disable or enable comments on your articles"

With more than three million of their members posting long-form content on the platform every week, LinkedIn is introducing a new tool which will give creators the option of de-activating comments on their posts, if they wish. 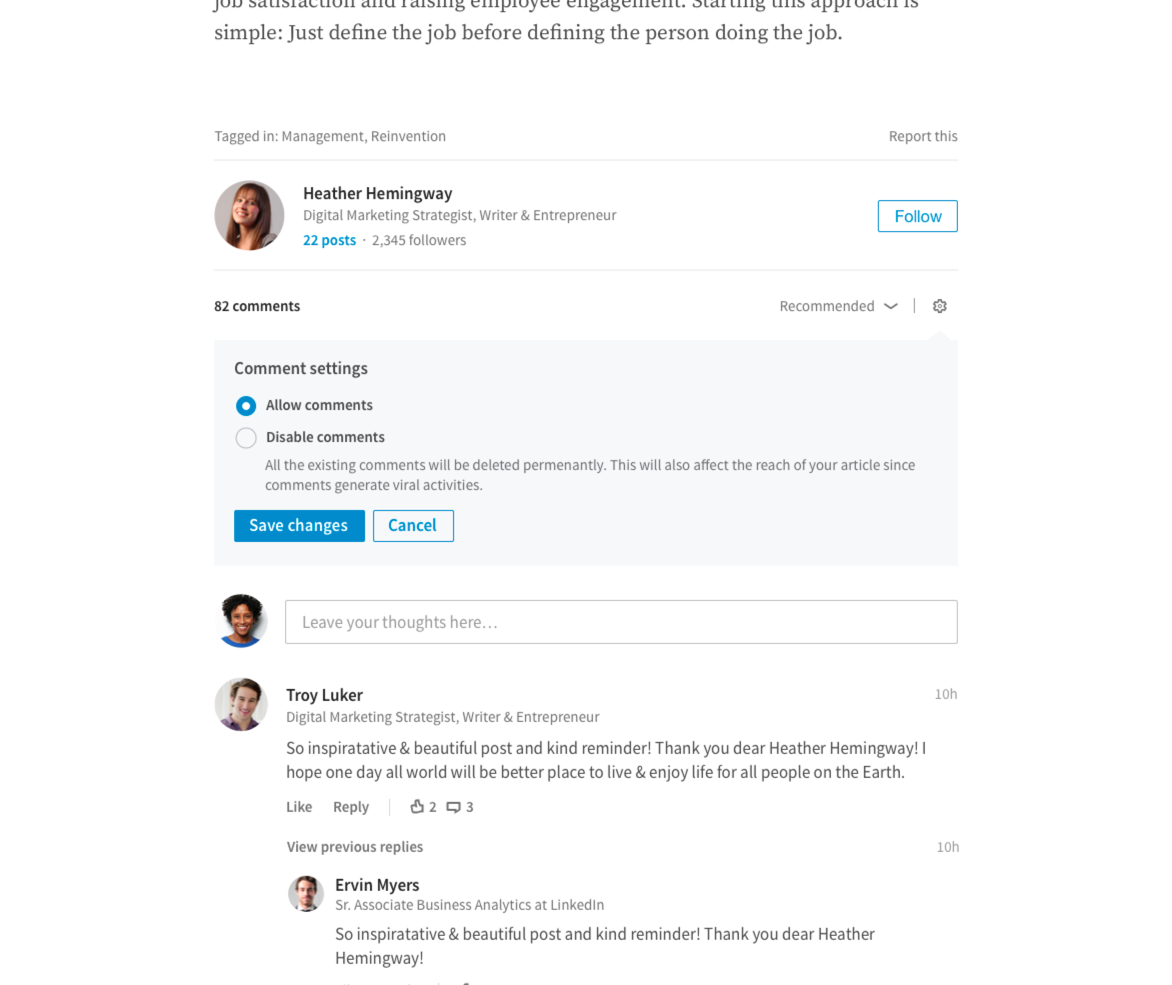 As you can see from the image, a new option will be available in the comment settings icon at the bottom of your post, through which you'll be able to switch them off, and back on again if you change your mind.

"When you save your change, any existing comments will be deleted permanently."

So once you switch them off, they're gone. Also worth noting that the reach of your LinkedIn posts is influenced by engagement, so switching off comments could reduce your potential audience.

LinkedIn says this option is currently only being made available on long-from posts, but they plan to expand it to all LinkedIn post types shortly.

LinkedIn's also adding in a new option to report specific comments if you consider them inappropriate.

"We know that at times a very small number of members can tarnish the experience for our broader community by posting inappropriate comments. While we monitor for these types of comments and work directly with members, you can also flag and hide abusive or offensive comments made on any article or post." 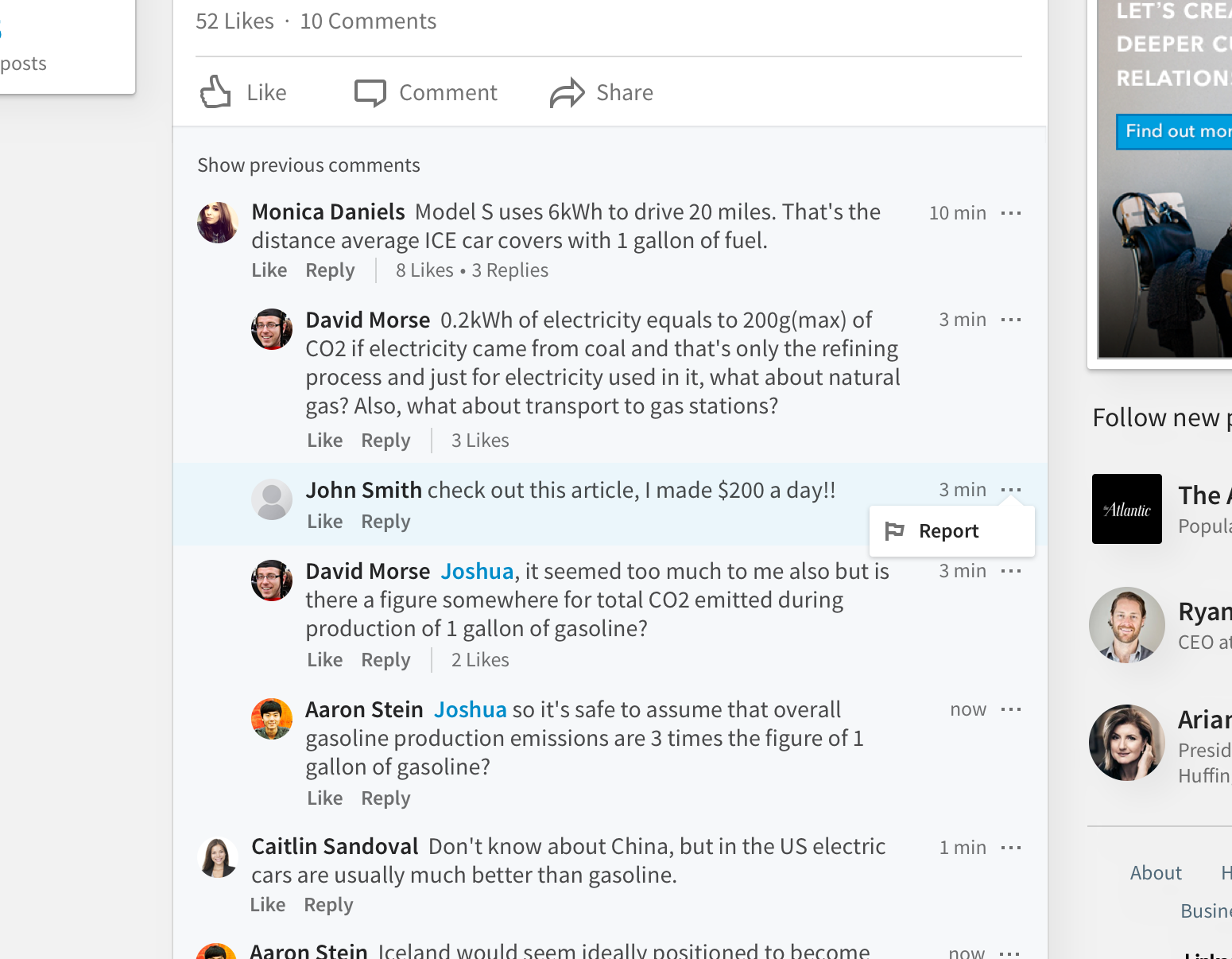 You've been able to report posts for a long time, but this option narrows that down to each specific comments on each.

To report a comment, you click on the "More" (three dots) option at the right of the offending remark and you'll see an option in the drop-down menu to "Report". Once selected, you'll also be prompted to provide a brief description of why you've chosen to report the comment.

LinkedIn's been working hard to update and evolve their platform, rolling out their updated mobile app last year and their new desktop design, which is gradually being provided to all users. There are still some functionality options that could be added - the ability to unfollow users who are not connections but whose updates you see as a result of likes and comments for one - but it is good to see LinkedIn making efforts to evolve and improve their core product, while the expanded use of their massive professional data set is also great and will eventually lead to significant improvement, especially now, with the backing of Microsoft.

And while trolls and abuse may seem like less of an issue on the professional social network, there's an onus on all platforms to do what they can to curb such behavior. Really, there's no place for it, particularly when you consider the impacts such comments and attacks can have on people.

Both of these additions may seem small, but they're helpful and should improve the user experience.