Facebook has today announced a new video addition to Messenger called "Instant Video" which enables you to share real-time video within your message thread.

Looks kind of cool, right? Though we have seen similar functionality somewhere before.

Yes, Snapchat has had similar functionality within their chat tool for some time, which they recently refined with their Chat 2.0 update. Messenger's "Instant Video" is essentially the same, though slightly different in its presentation and delivery.

Of course, you've been able to connect via video in Messenger since April last year, but as noted by Facebook, that type of video connection is normally "reserved for special occasions like celebrating "in person" with Grandma on her birthday or seeing Dad on a business trip". 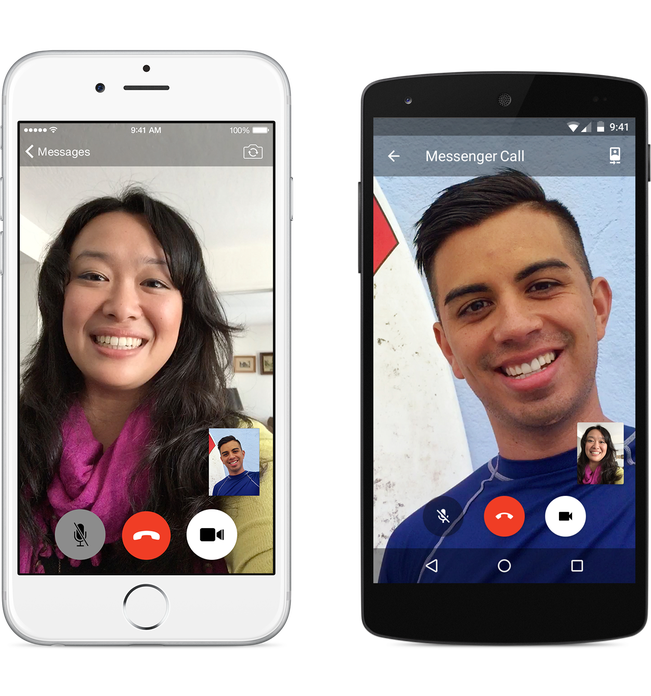 "Sometimes you want to ask a friend's opinion on a pair of shoes you want to buy, weigh in on what ice cream flavor they should bring home, or just want to see your BFF's reaction to your witty message when you're in a place where you can't actually talk live."

Given the focus on providing additional insight to a chat - as opposed to a full video experience - Instant Video plays, initially, without sound. As noted by Messenger chief David Marcus, this means that the person you're chatting with can see and interact with your video content, even if they're in an environment in which they can't participate in a video chat.

Again, Snapchat has the same functionality, in that you can choose to watch and respond to video chats via text if you're not in a position to broadcast. It's a clever option that provides users with additional communication tools, while also giving them the ability to avoid intrusion - so if, as Marcus notes, you're in a meeting at work and someone desperately needs your opinion on a purchase, you can still hold your phone out of view and watch their video without your phone suddenly blurting out all kinds of shopping mall chatter into a crowded conference room.

As you can see from the video above, the process is very simple - you click on the video option in the top right of screen and you're immediately able to broadcast into the chat thread. If the recipient wants to respond, they can tap the video option within the initial video frame to share their response.

Facebook's making big bets on messaging, with messaging use one the rise over the past few years. This is largely seen as a response to the over-openness of social networks, where everything is recorded and filed and held on your public record forevermore. While that level of openness is good for some things, it also can have negative impacts, and that's lead to more people switching their conversations to enclosed message threads and interactions - essentially a more private use of social networks. This behavioral shift is also seen as the driving force behind the rise of Snapchat.

To provide some perspective on messaging use, SMS volume peaked in around 2010, with some 20 billion SMS messages being sent every 24 hours around the world. Facebook, through its messaging platforms (Messenger and WhatsApp), now handles more than three times that volume, every day. 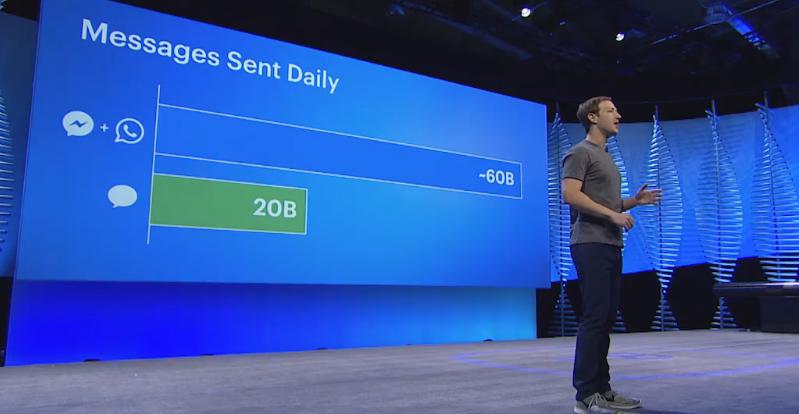 And with that increased use comes increased business interest - Facebook's exploring several ways to translate the popularity of their messaging apps into commercial opportunities, through tools like Bots for Messenger and the gradual move towards monetization for WhatsApp.

Given this focus, it makes sense to see The Social Network looking to integrate more and more tools and options into the Messenger experience - and straight away you can see how having Instant Video available within a message thread when interacting with a business could have significant benefits.

And while the option is another feature that Facebook has at least somewhat appropriated from Snapchat, as we've noted before on SMT, that imitation factor largely doesn't matter to the regular user. If the tools provide functionality that people want, they'll be popular, regardless of their origins.

It's another small step in the evolution of Messenger, and another new option for users - and businesses - to consider in their interactive and outreach process.