The 2016 Olympics are now heading into their second week, and it's hard to avoid the latest updates and happenings, with a heap of discussion online surrounding the event. And while tapping into the Olympics conversation can be difficult because of the IOC's strict regulations on Olympic mentions by brands, it is interesting to note which athletes and sports are generating the most discussion - and that information may still help inform your social media marketing strategies, if used in creative ways.

For Facebook, the most discussed athletes and events are as follows: 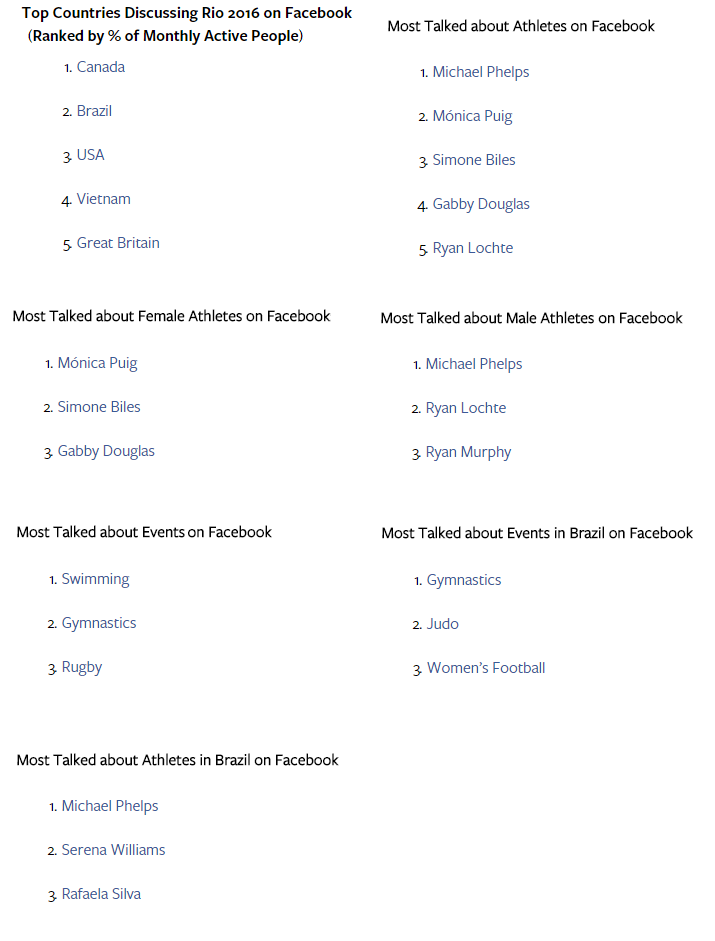 There's not many surprises there, however it is interesting to see which nations are most engaged in the Olympics conversation.

On Instagram, the Instagram data team has tracked the top 10 Olympic sports on the platform, the most used emoji, the most active Olympic athletes and top hashtags being used in Games discussion. 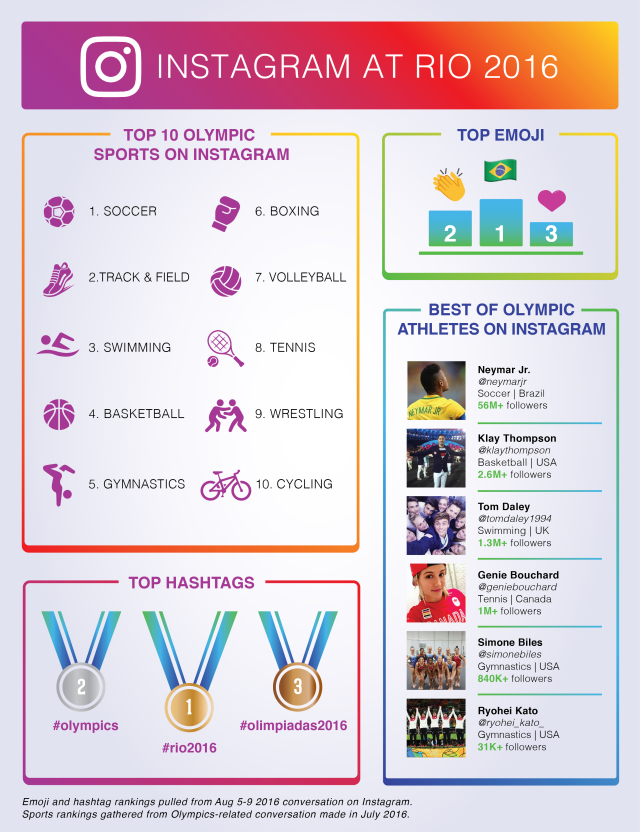 Twitter, too, has been producing regular updates, including this visualization of the tweet mentions surrounding gymnast Simone Biles' inspiring performance.

Watch the world light up on Twitter to celebrate @Simone_Biles winning #gold at #Rio2016 https://t.co/iVEAm59HHP pic.twitter.com/uNgH6yj4VL

Also, thus far, Usain Bolt's third 100m gold medal-winning performance is the most tweeted about event of the Games.

Ahead of the pack on the track & on Twitter: @UsainBolt's 100m #gold is the most-Tweeted moment of the #Olympics so far

As noted, tapping into the surrounding Olympics discussion comes with its challenges, but it's interesting to note where that discussion is focussed and what's resonating most amongst social media users. And there's still one week left - if you're thinking about tapping into that Olympics stream with your content, time to get moving.