Facebook has released its latest Hot Topics report, highlighting the issues that generated the most discussion across both Facebook and Instagram in the final month of 2016.

The monthly Hot Topics reports provide key insight into not only what's being mentioned, but who by, which can help brands get a better understanding of the issues and subjects most relevant to their target market. 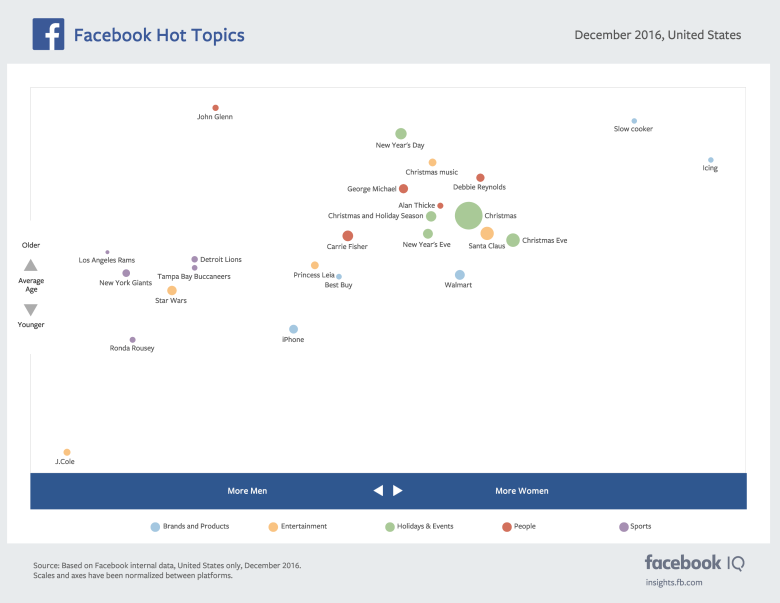 The one element I don't think it overly helpful with the Hot Topics reports is that they also highlight seasonal events, which are obviously going to rank high.

It makes sense why they do this - Facebook's trying to give an accurate representation of the key areas of focus, and it does provide context as to just how much such subjects are discussed, on a comparative scale. But for marketers, it's probably more helpful to leave them out - we know that Christmas was huge and that we need to focus on that, but what else was driving conversation amongst our target audiences? 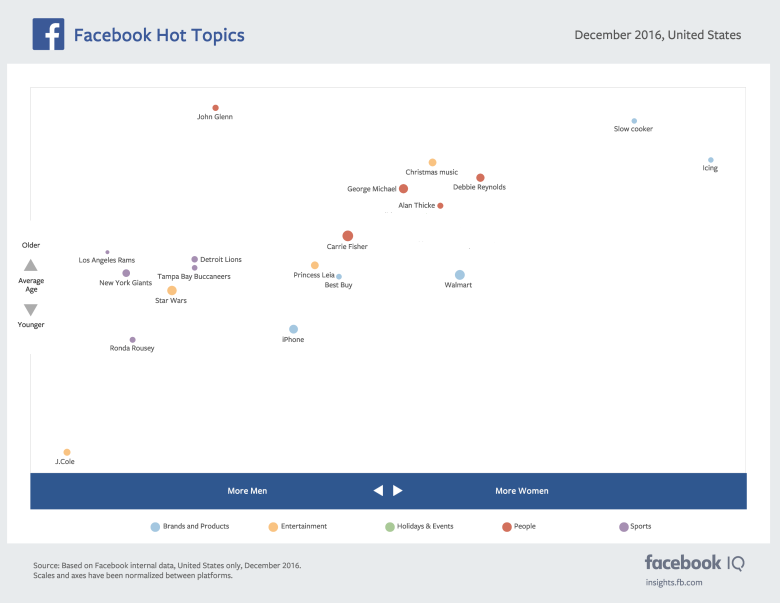 As you can see, the death of Carrie Fisher was a big focus on Facebook, with both Fisher and 'Princess Leia' getting a lot of mentions.

Other celebrity deaths were also in focus, while the release of the new Star Wars film 'Rogue One' gained a lot of attention among male users. 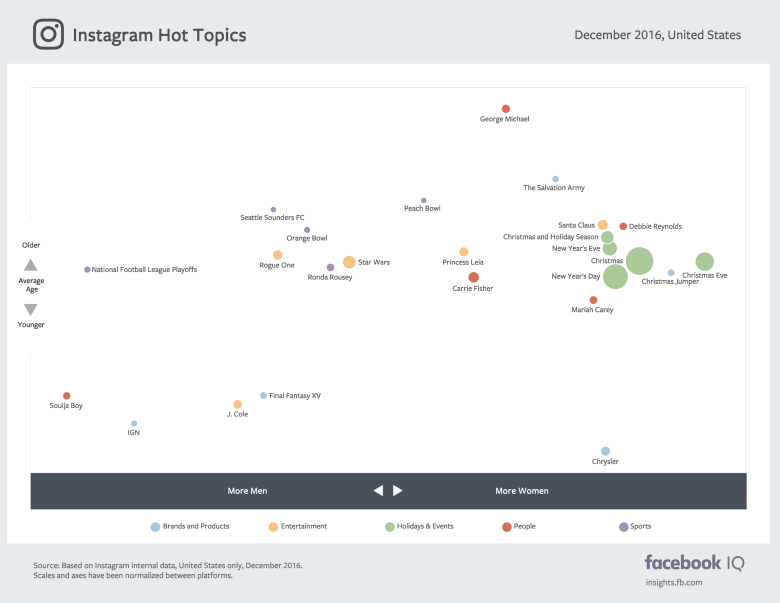 This has actually become more of a trend - when Facebook first started publishing Hot Topics for both Facebook and Instagram (back in February 2016), there were very distinct differences between what was popular on each platform. But in recent months, that divide has lessened. This likely underlines how Instagram is evolving into a more expansive social network where people conduct more of their interactions, growing from its image-focused roots.

There are still differences, of course - video games, for example, always feature more prominently in Instagram discussion, as do celebrities and entertainment stories (Mariah Carey, Soulja Boy), but the content focus is definitely less pronounced than it once was. Which is an interesting consideration in itself. 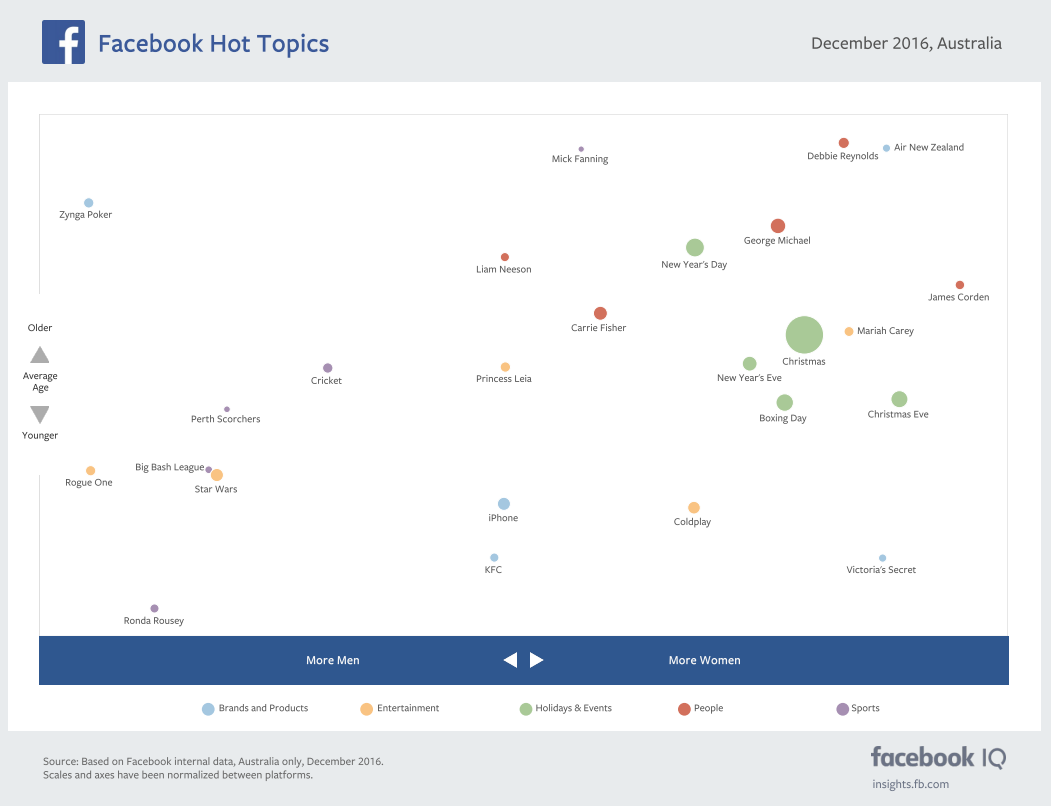 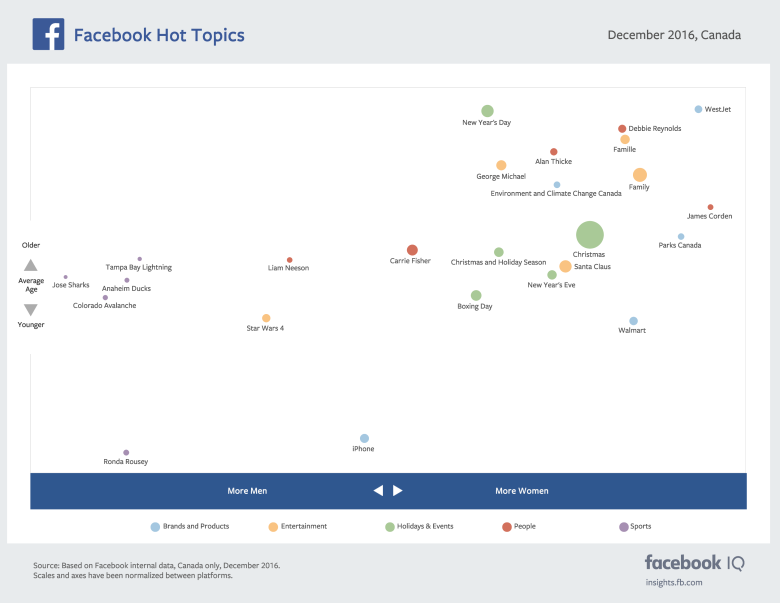 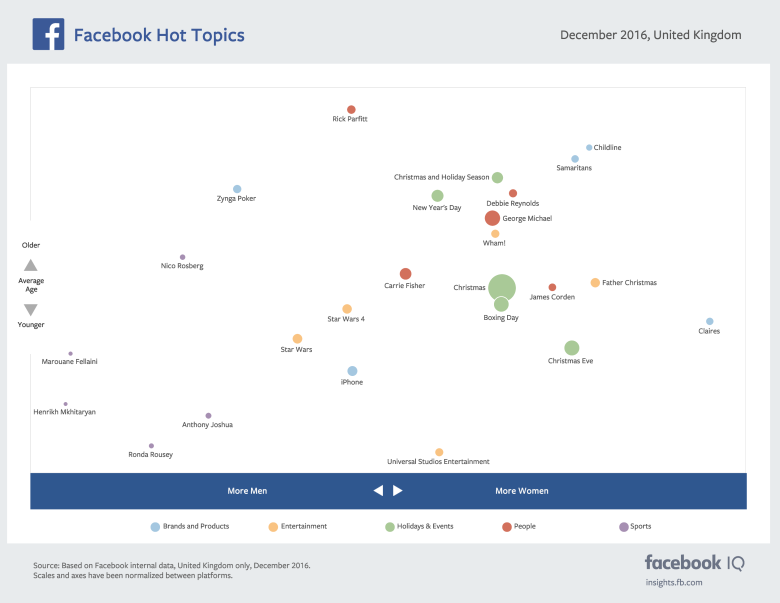 As noted, the monthly Hot Topics reports are a great read and can provide key insight into your target audience and what's getting their focus on The Social Network. A lot of it is obvious - you likely already know the key issues of discussion - but it's interesting to see which demographic groups are discussing each, and there are always a couple of interesting notes, some of which could help inform your marketing efforts.