Facebook have released their "Hot Topics" report for November, highlighting the most mentioned topics, and who was discussing them (by demographic), across both Facebook and Instagram.

So what were the key issues of focus across The Social Network for the month? (Click to access a 'zoomable' version). 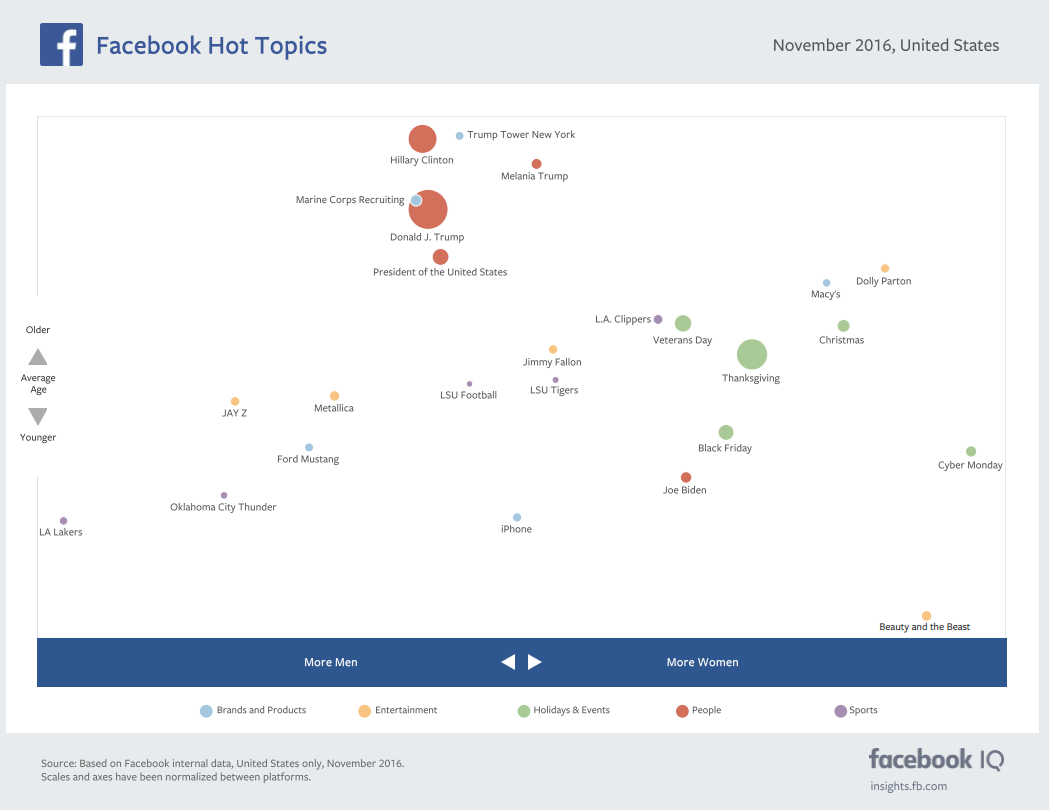 The US Presidential Election was clearly a big focus, with Donald Trump, Hillary Clinton, Melania Trump and even Trump Tower getting a lot of mentions. Interestingly, these names were missing from the October Hot Topics report, which we assumed could be attributed to the fact that the report highlights trends - and as both Trump and Clinton are mentioned so regularly, their mentions may not have been above normal levels. This still may be the case, but interesting to see that they are listed this time around.

Thanksgiving was the next most discussed topic, with Black Friday also highly mentioned, while young women were particularly interested in the new film incarnation of 'Beauty in the Beast'. Young men, meanwhile, were mostly interested in the NBA, with the LA Lakers and Oklahoma City Thunder both making the chart (along with the Clippers, who were popular among older women).

Interesting too to note the mention of Metallica, which was driven in large part by a viral video of them performing their song 'Enter Sandman' on classroom instruments on The Tonight Show with Jimmy Fallon.

Given the dominant coverage of the Presidential Election, most other topics were eclipsed for the month, but it's still worth noting the key trends amongst your target markets and seeing whether anything's resonating that you should be aware of. 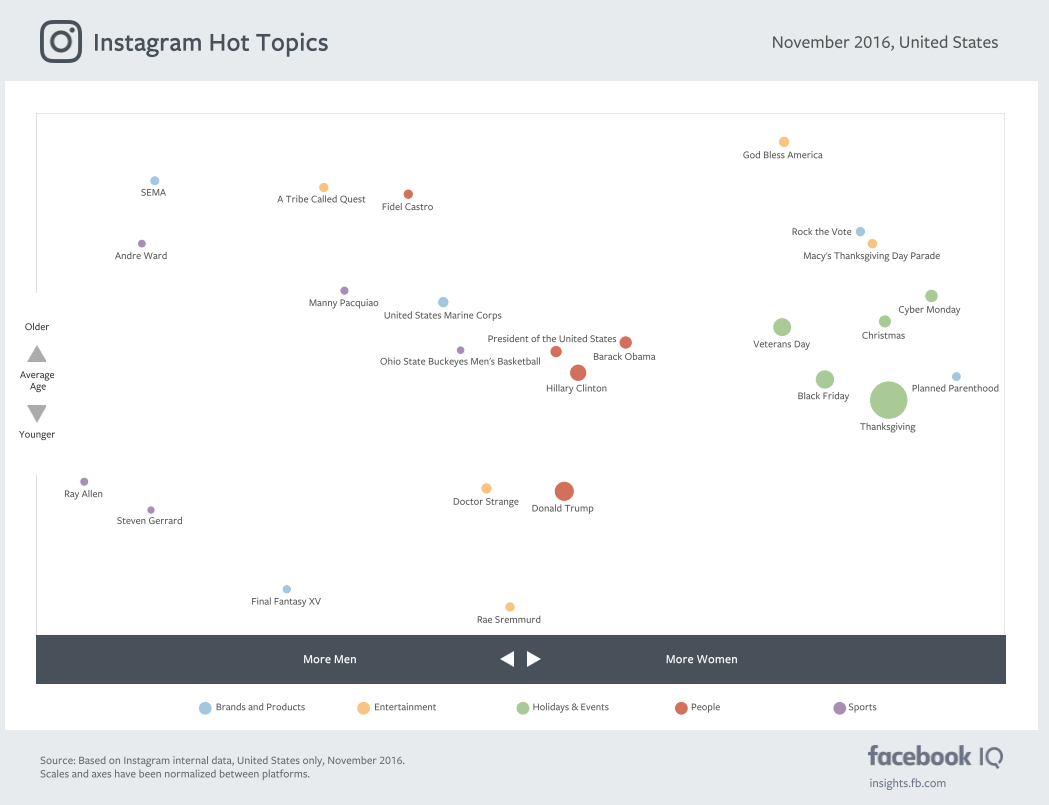 This makes sense - no doubt more Instagram users were posting celebratory Thanksgiving images, but as you can see, many of the same issues were gaining traction with Instagram's audience, with the US Presidential race also getting alot of attention.

As always, Facebook has also posted regional hot topics reports, covering the most discussed topics in: 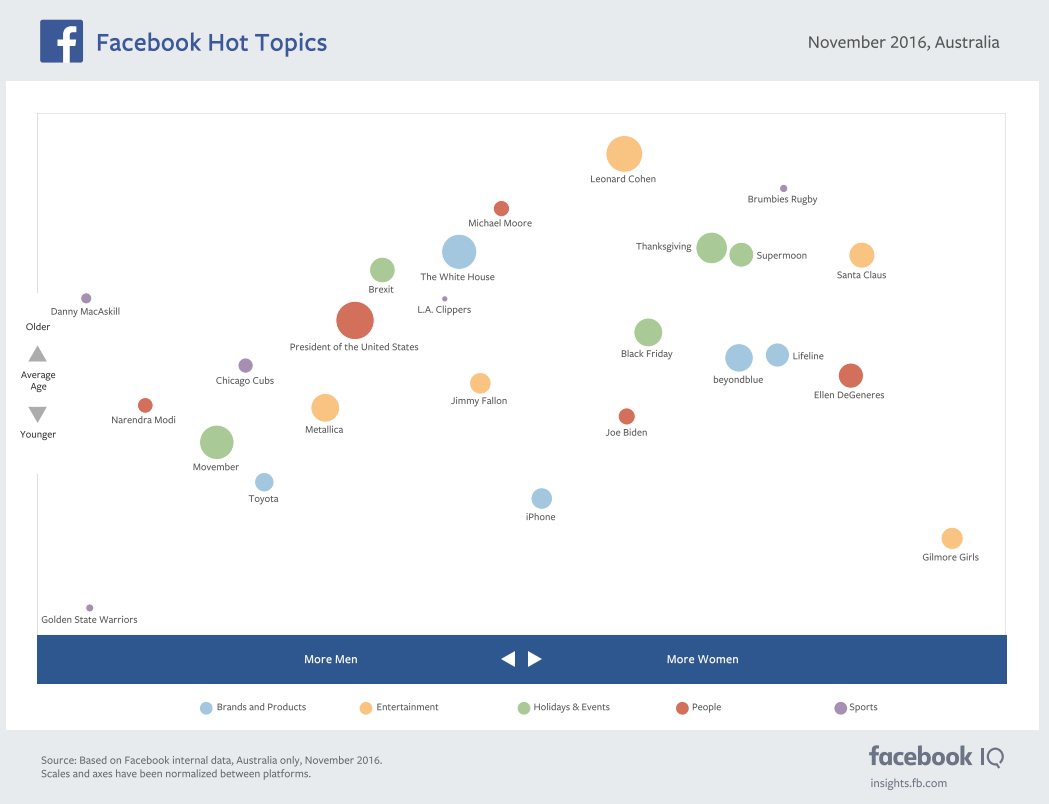 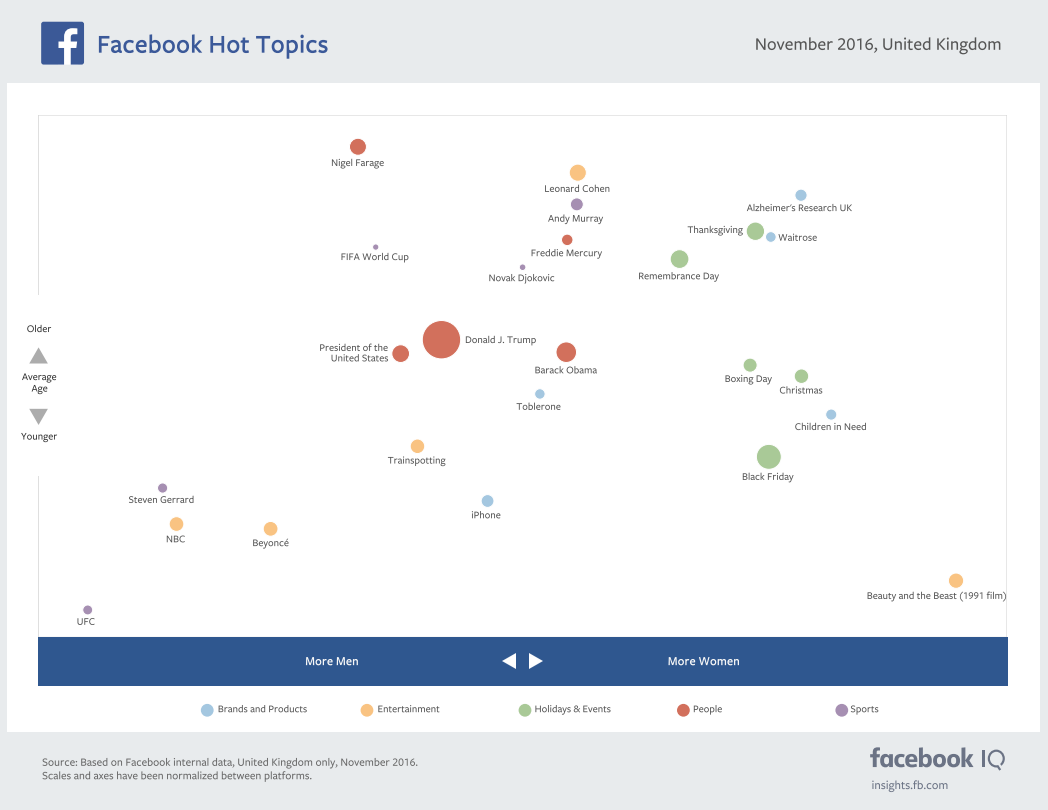 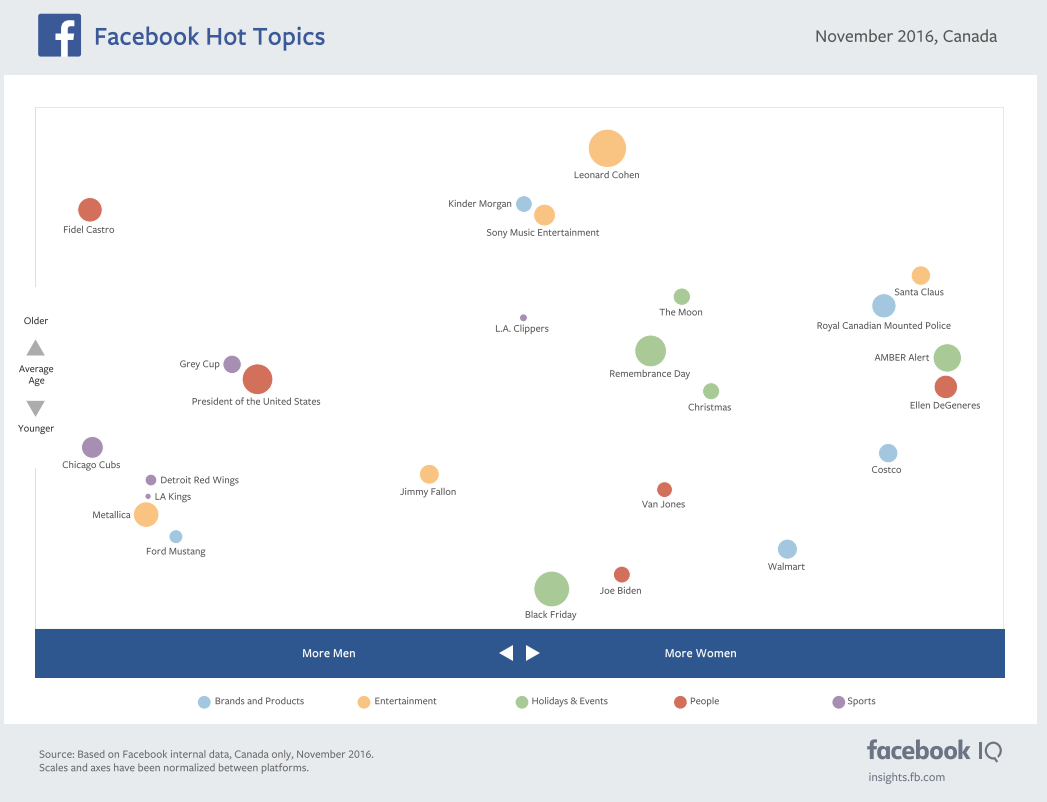 Facebook's monthly Hot Topics reports are always worth a read, as they help provide additional context on what each audience segment is talking about and interested in, which can increase understanding of your specific target market. Using this insight, you can tap into relevant conversations and help boost engagement with your posts.