Pinterest has announced a new checkmark to help people keep track of all the ideas and recipes they've tried out in the past. 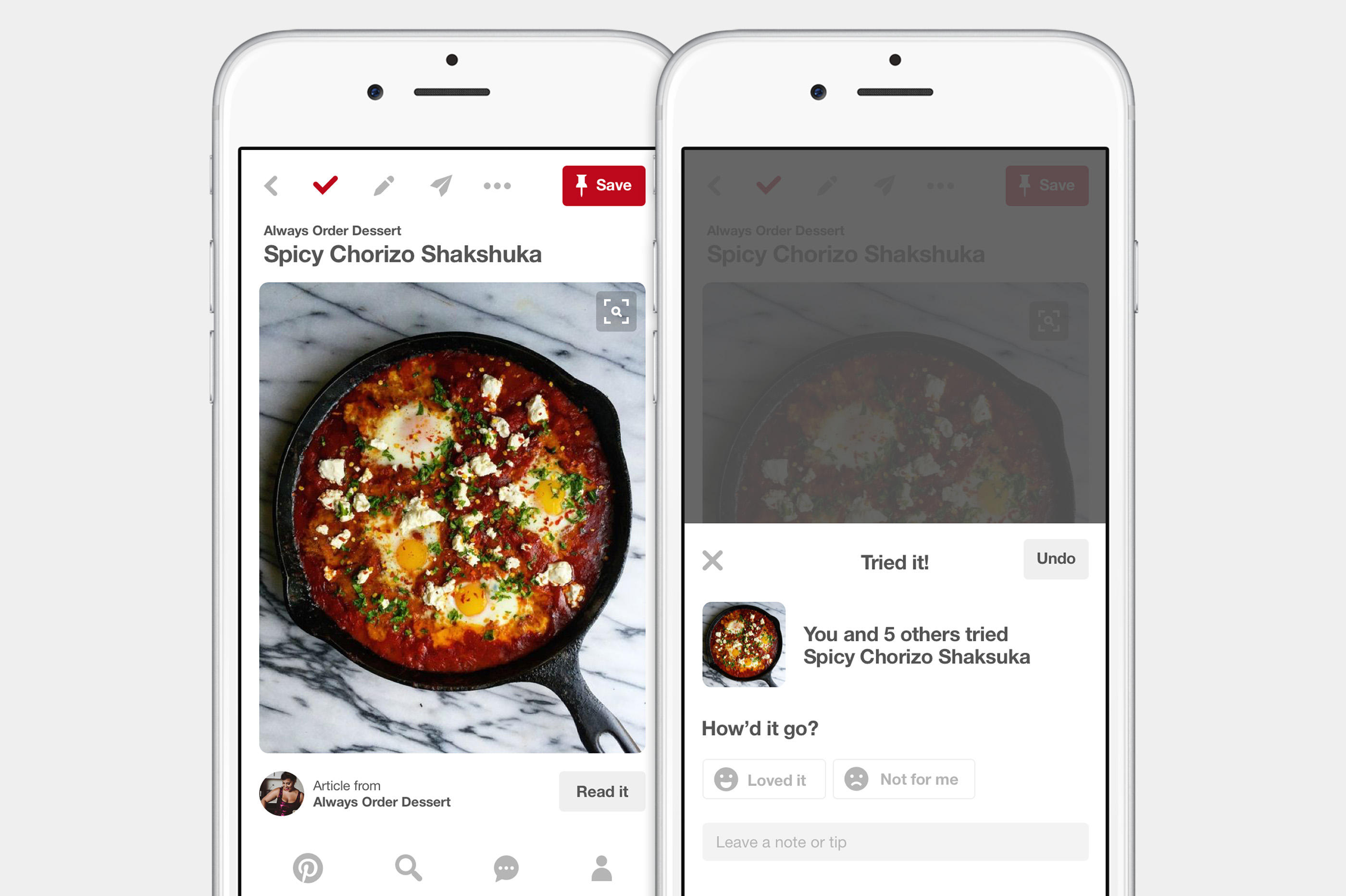 "Next time you build, visit or make something you found on Pinterest, tap the new checkmark to say that you tried it. You can even add feedback, notes and photos to help others decide if they should give it a go too."

It's an interesting way to not only help individual users keep track of the things they're interested in, but also, as noted, it incorporates an additional social element, in the ability to provide feedback and notes on your experience. 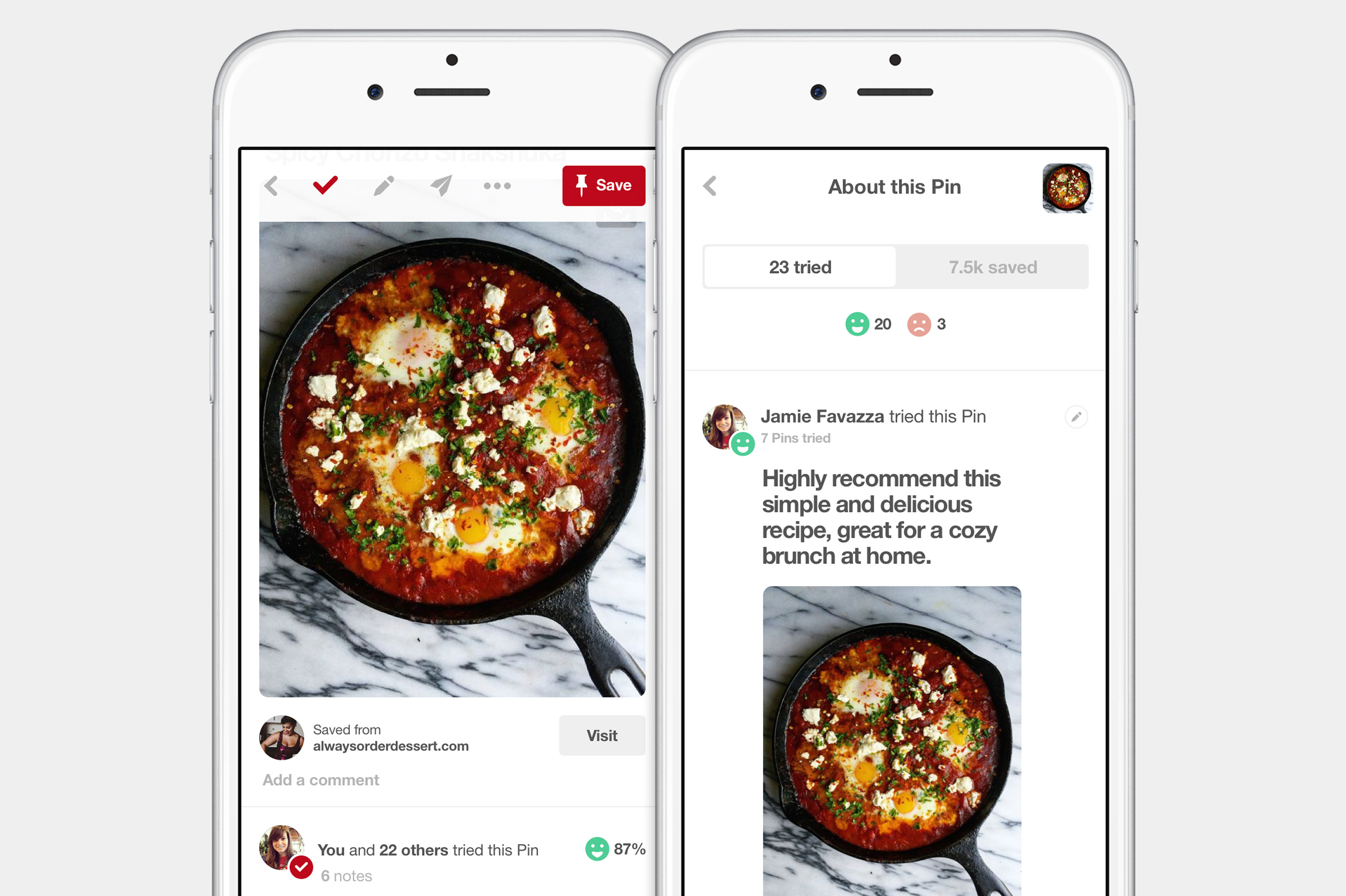 Of course, Pinterest users have always been able to leave comments, but the addition also includes a rating system, of sorts, with users able to select a happy or sad emoji, and a count of each then attached to the Pin, highlighting the overall positive and negative responses to future visitors.

And while it could prove a helpful, handy addition to the Pin process, it could also be hijacked - just as Amazon reviews and the like are often filled with paid reviews to boost a products' popularity, brands could look to get more happy faces and positive reviews of their products through this system. Which would likely be an effort in itself, but still, a consideration to take into account either way.

All the Pins you mark as tried will be stored in a new section on your Pinterest profile, enabling you to easily find the ones that you want to get back to. So if you used a great recipe, you'll be able to find it again without having to scan through and remember exactly which one it was.

It's another small update for Pinterest, which launched a totally re-vamped mobile app experience earlier this year.